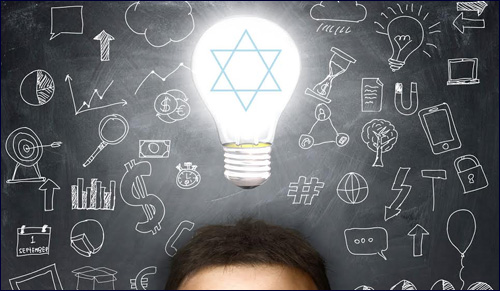 This coming Shabbat, join hundreds of thousands of Jews around the world in fighting apathy and divisiveness.

And the Jewish world needs ideas – bigger and quicker than ever before.

We live in times of unprecedented blessing and abundance.

We have a sovereign and strong Jewish state in the land of Israel. The vast majority of our people throughout the world live in free democracies. Radical connectivity allows us to reach each other almost instantaneously.

Yet, we have slowly surrounded and divided ourselves from one another with high walls of ideology, culture, language, levels of observance, and political agendas.

Bit by bit we have allowed apathy, ignorance and assimilation to creep in – causing us to drift from our timeless Jewish identity and connection.

Just as the world desperately needs new energy solutions, the Jewish world needs big and bold ideas to confront these twin problems of apathy and divisiveness.

And we can find them. We have all the resources – intellectual, social, financial and historical. We have the tools to rebuild the Jewish world.

And we have the formula. Firstly, we need to draw deeply on the greatest gift the Jewish people have ever been given, and that is the Torah, which God gave us at Mount Sinai more than 3,300 years ago. It has within it the spiritual, intellectual and emotional resources we need to reshape our world.

Secondly, we need creative thinking. We need to discover new projects that can rejuvenate Jewish life. Recycling old ideas that haven’t worked in the past is no way to build a better future. Innovative thinking creates initiatives that can shift the Jewish world. Albert Einstein put it best when he said we can’t possibly solve our problems with the same thinking we used when we created them. We need to find imaginative and bold ways of inspiring Jews to actively engage with our eternal heritage.

We need to rediscover Jewish unity so that it can be accessed out of joy and not only when we feel besieged by enemies.

Thirdly we need one another. We cannot go it alone.

We need a social movement if we are going to change our world. We need one another.

These three elements are the formula for forging a new Jewish future. We need to root ourselves deeply in the Torah, think creatively and turn to one another.

It’s a formula that we stumbled on with The International Shabbat Project.

The project began as an experiment for the 75,000 Jews of South Africa in 2013, and became a global phenomenon, to the point where last year Jews were involved in Shabbat Project activities in more than 900 cities in 84 countries across eight languages. The Shabbat Project tackles the two big problems of the Jewish world head on. It shows us what an ideal Jewish world could look like – free from apathy and divisiveness.

The project is deeply rooted in one of the most powerful pillars of Judaism – Shabbat. Shabbat has accompanied us as a people on our journey since the dawn of our people, after our liberation from slavery in Egypt, until today, to the point where the poet Ahad Ha’am famously said, “More than the Jews kept Shabbat, Shabbat kept the Jews.”

And The Shabbat Project has harnessed a wave of creative thinking and energy from across the Jewish world.

And perhaps most significantly – we did it together.

Thousands of dedicated partners stepped up to take responsibility and make the project happen. In big numbers and in small intimate settings as well. There are the large-scale Shabbat Project events, like the 10,000 people who gathered for a havdala concert in a Buenos Aires park, or the 3,000-strong outdoor Friday night dinner on Pico Boulevard, Los Angeles. But there are also the stories of individuals that came together in the most significant ways. Individuals like Keli Rae in Fernley, Nevada, who mistakenly thought her family were the only Jews in the city, and whose granddaughter actually asked her, “are there any other Jews in the world?” celebrated Shabbat with seven other families, after they found each other on Facebook through the project. Or Lana Wilder of Scottsdale, Arizona, who married out of the faith, attended a Challah Bake in 2014 and was so inspired that she has kept Shabbat with her husband ever since, and he has now embarked upon a conversion program.

The Shabbat Project is a simple big idea that is changing our world. It’s a call to Jews all around the world to think big and to think boldly about our future and its tremendous possibilities. We cannot surrender to the forces of divisiveness and apathy, which threaten the very future of our people. We have all the resources we need to find our way out, and, now, we have the formula.

Let’s go forward to create our future together.

Click here to find out how you can participate in the upcoming Shabbat Project.

Get Out: Jews & Elite American Universities