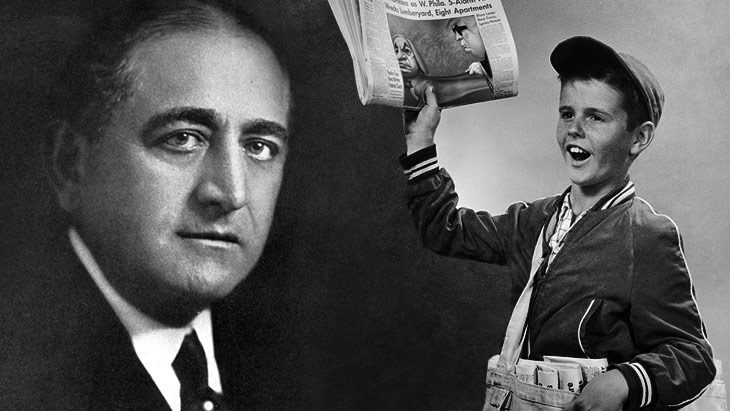 Few publications elicit the same passions, loyalties and criticisms as the New York Times. To its dedicated readers, it’s the “Grey Lady”, a reliable source of high-quality news delivered each day along with a dollop of reasonable editorial comments. To its detractors, it’s a frustrating mouthpiece for progressive issues.

Some recent missteps have outraged Jews and Israel supporters, too. Last year, in April 2019, some of the paper’s international readers were outraged to see a highly offensive anti-Semitic political cartoon in the paper’s overseas edition, depicting Israeli Prime Minister Benjamin Netanyahu leading US President Trump around by a leash: a Jewish star was plastered on the leash in case anyone missed the age-old anti-Jewish stereotype of Jews controlling world leaders.

The paper apologized and changed its protocols, but according to New York Times columnist Bret Stephens, the newspaper’s problems went deeper than changing the way they approved cartoons. “The problem is that its publication was an astonishing act of ignorance of anti-Semitism – and that, at a publication that is otherwise hyper-alert to nearly every conceivable expression of prejudice…” He accused the paper of being blind to anti-Jewish bigotry, unable to recognize anti-Jewish hatred, even while it calls out other forms of prejudice.

It’s a criticism echoed by former New York Times Editorial Board member Bari Weiss, who quit last week, citing a culture where she was bullied for her conservative views and also for writing about Jewish issues.

It didn’t have to be this way. The New York Times was reimagined over a hundred years ago by Adolph Simon Ochs, a visionary Jew. He coined the term “All the News That’s Fit to Print,” a promise that still graces a small square at the top left corner of each day’s New York Times. Ochs purchased the venerable newspaper in 1896 and did all he could to turn what was then a failing newspaper into the nation’s paper of record. 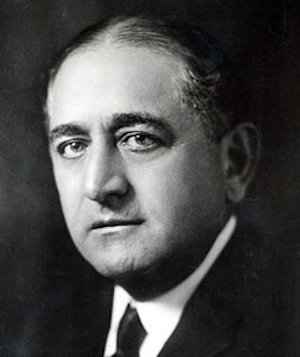 From an early age, Adolph learned that it was possible to disagree about politics and contemporary issues – even passionately – and still respect others who might hold different opinions. His parents, German Jewish immigrants, vividly illustrated the ability to disagree on major issues and still remain friends; they were on opposite sides of the slavery debate.

Adolph’s father Julius Ochs had moved to the US from Germany when he was 19; Adolph’s mother Bertha Levy immigrated when she was 16. Julius spoke six languages and led the small Jewish community of Nashville, where he originally settled. They moved to Cincinnati and started building their large family.

When the US Civil War broke out in 1861, Julius volunteered for the Union Army and fought against the Confederacy and slavery. Bertha considered herself a southerner, and she helped the Confederate cause, smuggling medicines to troops in Kentucky, just over the Ohio River from her home. Their vastly different political inclinations seemed not to strain their relationship and Adolph grew up in a loving Jewish home, where political differences were respected.

After the war times were hard and the Ochs’ once thriving dry goods store was forced to close. Julius worked as a justice of the peace but for a tiny salary. The family of seven were forced to move into a tiny, unpainted shack. Barely able to make ends meet, Adolph begged his parents to let him get a job. When he was 11 in 1869, they finally agreed and Adolph became a paper boy for the Knoxville Chronicle, folding 50 newspapers each morning and walking nearly five miles to deliver them. The $1.50 he earned each week helped the family survive.

Adolph continued in the newspaper business, quitting school at 15 to work full time. While working at the Louisville Courier-Journal, his parents wrote that they couldn’t afford to buy Adolph’s brothers and sisters clothes for school; he sent them his entire savings of $56.

His first foray into newspaper ownership came in 1877 when Adolph joined two colleagues in buying the Chattanooga Dispatch. Overjoyed, he wrote home to his parents, envisioning days of prosperity for his brothers and sisters ahead: “May God spare you to see Nannie married to a millionaire; George President of the United States; Milton a Senator; Ada a famous author; and Mattie a successful merchant or a large-salaried Rabbi’s wife. As to myself my prayer is that I may soon be able to make for you all a comfortable home where want is unknown and send my brothers and sisters on their different roads rejoicing,” he wrote to the family.

But the Chattanooga Dispatch failed and Adolph was left to settle its debts by using its printing presses to print pamphlets for local merchants. He told colleagues that he learned the importance of having a controlling stake in a newspaper, instead of relying on others.

Clean, dignified and trustworthy. It was a novel approach to journalism that Adolph would try to honor all his life.

Adolph soon bought another local paper, borrowing $250 to purchase a controlling stake in the ailing Chattanooga Times – “before he was old enough to vote,” his biographer Elmer Davis noted. At the time, “yellow journalism” was the norm; it was commonplace for newspapers to print lurid descriptions of murders and other sensationalist crimes. Truth wasn’t always a paper’s top priority. Adolph made a groundbreaking decision for a newspaper publisher: under his watch, the Chattanooga Times would be “clean, dignified and trustworthy.” It was a novel approach to journalism that Adolph would try to honor all his life.

His clean living extended to his personal life. In 1882, Adolph married Iphigene “Effie” Wise of Cincinnati; her father, Rabbi Isaac Wise, was a leader in the city’s Jewish community. Effie began writing book reviews for the newspaper. Adolph worked long hours but was careful to come home for dinner each evening. He gave Effie flowers or another small gift every day.

By 1896, when Adolph was 38, he decided to join the big leagues of publishing. The once venerable New York Times, founded in 1851, was failing. Lurid penny newspapers were much more popular and few people wanted to spend the three cents it cost to buy the New York Times and read its more serious news. While some sensationalist New York papers had circulations of up to 400,000, just 9,000 people regularly bought the New York Times.

Adolph purchased the paper and decided to take a risk. He’d keep the paper’s serious coverage, resisting the lure to print sensationalist stories, while he dropped the price to one penny. Under his ownership, Adolph announced he was keeping news and editorial departments strictly separate, a highly unusual arrangement at the time. In doing so, he was drawing on his own family’s unique history in which even strong political disagreements didn’t spill over into personal animosity. Under his leadership, the New York Times would publish a wide range of opinions, without stooping to ad hominem personal attacks.

The paper would run “all the news...in language that is parliamentary in good society,” he promised in a notice in the paper August 18, 1896. It was an electrifying announcement at the time, and his new mantra was discussed in newspapers across the country.

Adolph began printing “All the News That’s Fit to Print” on each issue, a dig at other salacious newspapers of the day.

The newspaper began to soon prosper. Teachers began using its articles in their lessons and religious leaders cited it in churches and synagogues. Adolph began printing “All the News That’s Fit to Print” on each issue, a dig at other newspapers of the day. By 1916, the paper had a circulation of 344,000 and had become the nation’s paper of record.

Adolph used to say that his success was due to his Jewish upbringing, but his family failed to keep Jewish traditions. As Jews around the world began settling in large numbers in the Land of Israel and building a Jewish state, Adolph was a self-described opponent of Zionism.

At his death in 1935, Adolph left a controlling interest in the paper to his son-in-law Arthur Hays Sulzberger. Sulzberger was very philanthropic and proud of his Jewish faith – but never wanted to be seen as “too” Jewish. He very publicly opposed Zionism and insisted that the New York Times not criticize Nazi atrocities against Jews too much in the 1930s and during the Holocaust.

In her book Buried by the Times: The Holocaust and America’s Most Important Newspaper,” Northeastern University Professor Laurel Leff notes that Sulzberger had experienced anti-Semitism and shied away from his newspaper being seen as “too Jewish.” “There would be no special attention, no special sensitivity, no special pleading,” for Jewish causes, even when the situation of Jews in Nazi-occupied Europe was crying out for news coverage and editorials, Leff notes. 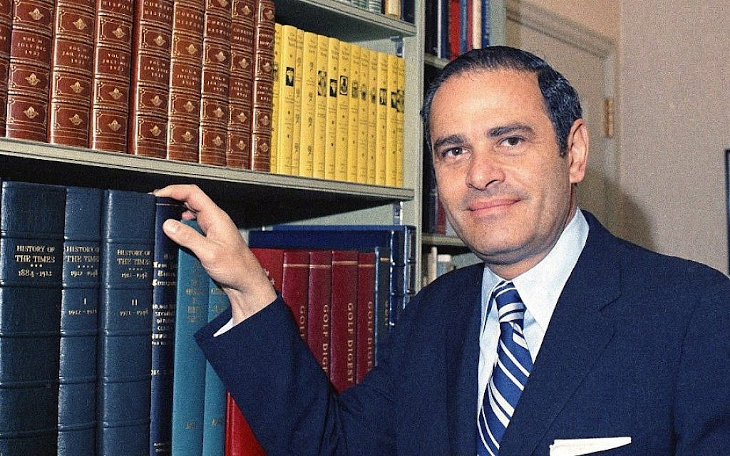 Nazi crimes against Jews were “mostly buried inside (the paper’s) gray and stolid pages, never featured, analyzed or rendered truly comprehensible,” Max Frankel, the newspaper’s former Executive Editor, wrote in a scathing article in the New York Times in 2001. The paper only highlighted persecution of Jews six times on its front page; passionate exhortations to help Europe’s Jews were featured only twice in the paper’s weighty Sunday editions during the Holocaust.

I subscribe to the New York Times and both appreciate its high level news coverage, as well as lament its inevitable flaws. The paper has printed some shocking editorial pieces, including a recent call by political agitator Peter Beinart on why he no longer believes in a state of Israel and wishes to see the Jewish state fade away. It also is one of the few daily newspapers to maintain a bureau in Israel, allowing for original reporting from the region. The paper can be maddening, frustrating, and on occasion inspiring.

“All the News That’s Fit to Print” remains stamped on each front page; it's a lofty standard to live up to, one that is Adolph Ochs’ legacy.

On Sunday the Rabbi Disappeared

For Just One Week
What Does Kosher Mean Literally?
Live Abortion Panel
Morality and Abortion: Three Views
Comments
MOST POPULAR IN Society
Our privacy policy