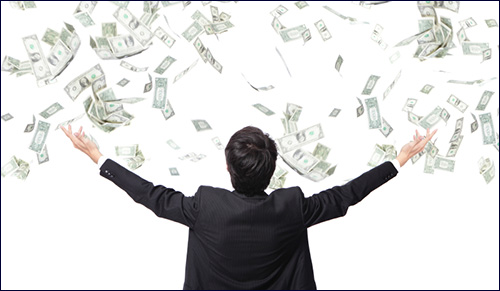 A fantastic recent essay in the New York Times brought to mind a fantastic Talmudic narrative. The latter [in Tamid 32b] describes the would-be world-conqueror Alexander the Great approaching the gates of the Garden of Eden. When denied entry (insufficient righteousness the grounds), he asks for, at least, a souvenir and is given an eyeball (or, perhaps, a skull’s eye-socket).

Seeking to somehow gauge the odd gift, he places it on one pan of a scale, with gold and silver in the other pan. The precious metal pan rises. And it continues to do so, no matter how much gold and silver he adds. Asking the rabbis accompanying him what is happening, they explain that the eye represents the impetus for human desire; it is that which sees and wants, and is never satisfied. He is skeptical but the rabbis then prove their point by placing some dirt, a reminder of the reality of mortality, atop the eye. Its pan then rises high, outweighed by, unconcerned with, oblivious to, all the precious metal.

All of us have likely desired to possess something we don’t. But I have always been confounded by the spectacle of very wealthy people consumed with the relentless pursuit of greater wealth. It just wasn’t anything I could relate to, or understand. And so the opening words of the New York Times piece grabbed me and wouldn’t let me go.

“In my last year on Wall Street,” the author, Sam Polk, writes, “my bonus was $3.6 million – and I was angry because it wasn’t big enough. I was 30 years old, had no children to raise, no debts to pay, no philanthropic goal in mind. I wanted more money for exactly the same reason an alcoholic needs another drink: I was addicted.”

To wealth, that is, and the power he saw it as conferring.

Mr. Polk goes on to recount subsequent years in his life, how he became a “bond and credit default swap trader,” a job description he might as well have offered in Swahili for all it means to me – “one of the more lucrative roles in the business.” And how making a million or two wasn’t enough.

“Ever see what a drug addict is like when he’s used up his junk?” Mr. Polk asks his readers, and tells them: “He’ll do anything – walk 20 miles in the snow, rob a grandma – to get a fix. Wall Street was like that.”

“When the guy next to you makes $10 million,” he explains, “$1 million or $2 million doesn’t look so sweet.” Frankly, I wouldn’t know, but I do trust Mr. Polk. And the Midrash, which informs us that “He who has one hundred wants two hundred” and that “no man dies with half his desires in hand.”

The eye-opening article helped me understand that greed isn’t necessarily a sign of depravity. It can be a type of simple irrationality, what Mr. Polk calls an “addiction.”

Or what the Talmud calls “ta’avos” – irrational lusts – things even those of us unfamiliar with heroin or cocaine can relate to. For smokers or alcoholics, the concept is an easy one to understand. But even if our daily desires are limited to junk food or other things that we know are unhealthy for our bodies or our souls, and that we struggle to control, the idea of a ta’avah/lust is certainly recognizable. If we’re not obsessed with wealth, well, that’s just because, blessedly, we fortunately lack that particular lust. But we might try to be a bit more understanding of those who do suffer such obsessions, no less than we pity an alcoholic.

Eventually, though, Mr. Polk “cashed out,” so to speak. His turning point came when he realized that his immensely more wealthy boss was “afraid of losing money, despite all that he had.”

To his credit, he found a new life, marrying, speaking in jails and juvenile detention centers about the benefits of sobriety, teaching and starting a nonprofit to help poor families struggling with obesity and food addiction. “I am,” he confides, “much happier.”

He seems to have discovered something else the Talmud teaches, that our worth is measured by how we live, not by what we have. And proven himself a “strong” man, as per the sage Ben Zoma’s teaching that “Who is strong? He who subdues his inclination” (Ethics of the Fathers, 4:1).

And as having absorbed another of Ben Zoma’s teachings, too: “Who is wealthy? He who is happy with his lot.”

A Boy Who Saved 17 Lives Gets a Big Surprise
Bechukotai 5782: Divine Retribution
Behar 5782: Working to Live or Living to Work?
The Wholeness of Being Broken
Comments
MOST POPULAR IN Society
Our privacy policy