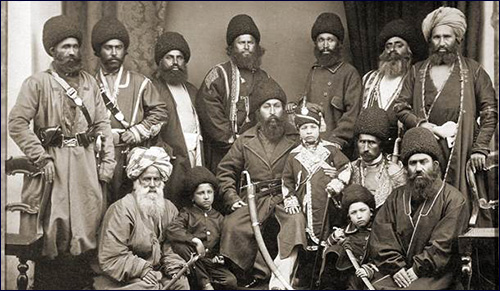 A long lost chapter of Jews in the Diaspora.

Afghanistan is the last place you’d expect to find any trace of a Jewish past, especially given the Islamization of most of the country over the past two decades by the ruthless Taliban. Yet, up until the assassination of King Nadir Shah in 1933, the country had been remarkably tolerant towards Jews for over a thousand years. Major Afghan cities such as Herat and Kabul were once safe-havens for Jews fleeing persecution in other lands. The Jews of Afghanistan once numbered in the thousands and enjoyed peace and prosperity. 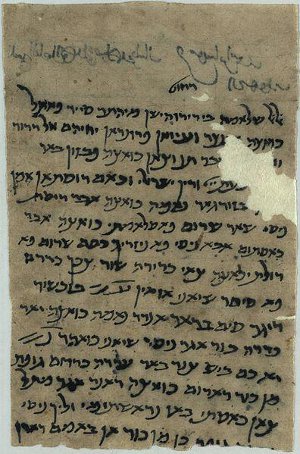 Today there is only one Jew left who still calls Afghanistan home.

The recorded story of the Afghan Jews starts in the 900‘s C.E., two centuries after the country was converted to Islam. This is not because Jews did not live there before that time, but rather that all records which might have proven the existence of a pre-Islamic Jewish community in Afghanistan have been lost. However, there are some Afghan tribes such as the Durrani, Yussafzai, and, most notably, the Pashtun who claim to be one of the Ten Lost Tribes. In the case of the Pashtun, now Afghanistan’s majority ethnic group, one of their tribal legends states that a group called the “Bani Israel” settled near the modern town of Herat and later converted to Islam after their leader met with Mohammed.

Jewish Virtual Library states that some Pashtuns have Jewish sounding names such as Asheri and Naftali, and they practice Jewish customs such as marrying under a chuppah and circumcising their sons eight days after birth. Adding further fuel to the fire, the sensationalist media even published a report a few years ago claiming that the members of the Taliban may be descended from Jews. An Israeli government-funded DNA test found no link at all between Jews and Pashtuns.

Some reports mention Persian Jews fleeing the invading Muslims in the 7th and 8th centuries, but actual records attesting to a Jewish presence in Afghanistan date back to the 10th century C.E. These records, found recently in northern Afghan caves, are written in Judeo-Persian and are collectively referred to as the “Afghan Genizah” (a reference to the hugely important Cairo Genizah collection of Jewish documents found over a century ago). The documents show evidence of Jewish commercial activity on the Afghan part of the Silk Road, a vast ancient trade route that stretched from China to the Mediterranean Sea. They also include personal letters, financial records, and rabbinic and Biblical commentary.

At its height in the 1000‘s and 1100‘s, the Jewish population of Afghanistan is estimated to have reached between 40,000 and 80,000 members. Many of them traded in leather and karakul (sheep pelt) and often traveled long distances between Afghanistan, Iran, India, and Central Asia. Oftentimes these trips were dangerous, taking the Jewish merchants along narrow mountain passes in the eastern part of the country where Hebrew and Aramaic prayers can be seen carved in rocks. 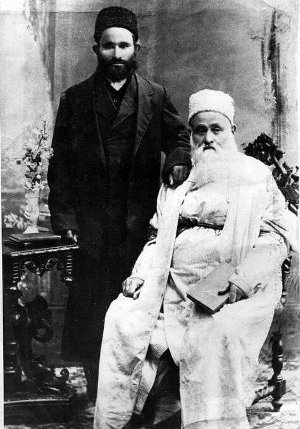 The Jewish population was decimated by the Mongol invasion of 1222. There was a brief revival in the 1500‘s when Jews once again became prominent in trade between Afghanistan, India, and the Persian Gulf region. However, the trade routes began to decline and most Afghan Jews became impoverished.

In 1839, Muslim authorities were forcibly converting Jews in Persia which resulted in thousands of Persian Jews fleeing to Afghanistan. This brought the Jewish population back up to its former glory of 40,000. The northwestern city of Herat, now the country’s third-largest city became the heart of this new Jewish community. Today there are only four shuls standing in the city, two of which were converted to mosques, one of which is now a school, and the last of which, the Yu Aw shul, became an Islamic cultural center. The former Yu Aw shul still has Hebrew inscriptions on its walls and the remnants of a mikvah are still present. A nearby Jewish cemetery is owned by Arif Mosaee, an Afghan Jew whose family is buried there.

Starting in the late 1800‘s, the situation for Afghan Jews became progressively worse. The Muslim authorities enacted harsh anti-Jewish measures in 1870 triggering a mass emigration to neighboring countries. Pogroms were carried out in the major Jewish centers of Maimana and Herat, and Jews were forced to pay high taxes and serve in the armed forces.

In 1927 the Jewish population had dwindled down to 5,000. The Jews had a brief revival under the rule of King Nadir Shah (1929-33) who reversed many of the decades-old anti-Jewish decrees and gave Jews equal rights as citizens. Disaster struck when the king was assassinated and Nazi propaganda filtered into the country causing more pogroms and the ghettoization of Jews in Herat and Kabul. Harsh economic laws drove many Jews out of the country in the 1930‘s and those who remained were restricted to the cities of Herat, Kabul, and Balkh.

The vast majority of the Jewish population left Afghanistan in the 1960‘s. Most went to Israel while some went to New York and Europe. Today over 1,000 Afghan Jews and their children live in Queens, New York. Sara Aharon’s “From Kabul to Queens” tells the history of Afghan Jewry and struggles of acclimating to U.S. culture.

Jewish life in Afghanistan was similar to that of Persia yet retained some customs. Like many other Jewish communities in different parts of the world, the Afghan Jewish community borrowed some customs from its neighbors. Some of these customs included taking off one’s shoes before entering a shul. Community leaders required women to wear a blue burqa (full body cover) in public while Muslim women would wear a white burqa. The design of Afghan shuls was influenced by the architecture of local mosques. 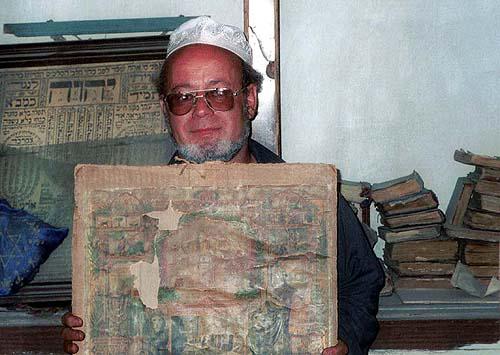 Today there is only one Jew left in Afghanistan. His name is Zablon Simintov and he lives in Kabul. His story has made the rounds in the international media and it is at once tragic and inspiring. Simintov, born in Turkmenistan, lives in the capital city of Kabul on the top floor of Afghanistan’s last functioning shul on Flower Street. He rents out the bottom floor to several businesses including his own, the Balkh Bastan cafe. He used to deal in carpets and antiquities until government officials confiscated his merchandise.

Simintov’s family have all emigrated to Israel and he lives alone in the shul. The shul’s Torah scroll was stolen years ago by the Taliban and the shul is in disrepair. Simintov gets along quite well with his neighbors, all of whom treat him respectfully.

When asked why he doesn’t want to move to Israel, Simintov responded “Go to Israel? What business do I have there? I won’t let Jewish history die in Afghanistan.”*

*Since the publication of this article, it has come to light that Zablon Simantov is refusing to give his wife a get, a Jewish divorce, which prevents her from remarrying. This is apparently one of the reasons he refuses to go to Israel.

The Most Famous Jewish Woman in Medieval England

Jewish History in Ukrainian Maps
Where Are We? The Body, Brain, Soul Problem
Dr. Sheila Nazarian’s Escape from Iran
The Miami Boys Choir is Taking over TikTok
Comments
MOST POPULAR IN Israel
Our privacy policy
Aish.com Is Looking for Great Writers