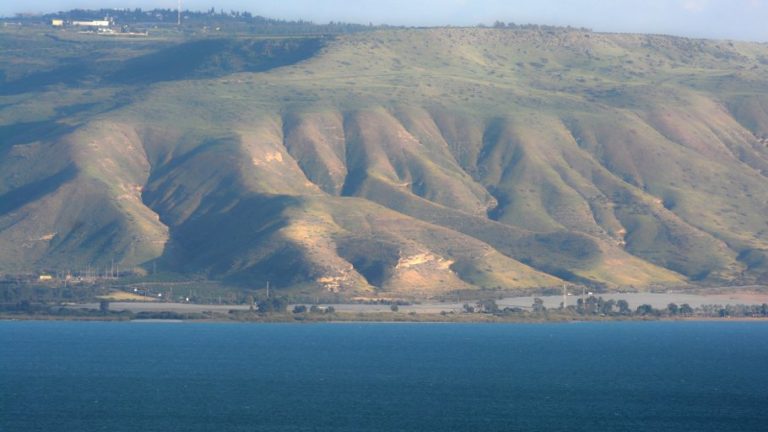 A short guide to the history and strategic value of the Golan Heights.

The Golan is the site of some of the Torah’s most vivid histories. When Jewish tribes first settled in the land of Israel, the tribes of Gad and Reuben asked Moses for permission to settle east of the Jordan River. Moses agreed and also sent half of the tribe of Manasseh who settled in “Golan in the (region called) the Bashan” in the modern-day Golan Heights (Deuteronomy 4:43).

Jews built a busy and pious community there, but the area was under constant attack from the Aramean kingdom to the region’s north. The Book of Kings describes the monumental battle in the 9th Century BCE when the combined forces of the Jewish tribes of Judah and Israel defeated the Aramean armies in the Golan: “It happened...that (King) Ben-Hadad counted Aram, and he went up to Aphek to wage war against Israel….the battle was joined, and the Children of Israel struck down Aram – a hundred thousand foot soldiers in one day” (I Kings 20:26-29). 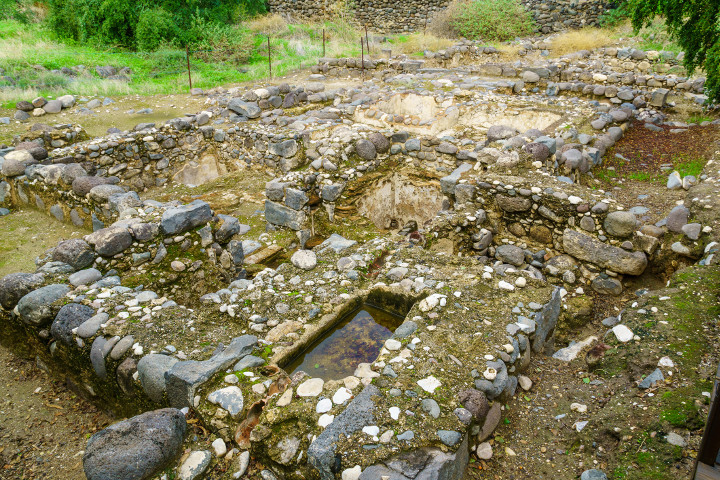 Jewish communities in the Golan flourished. Many of the battles against the Syrian Greek army that we celebrate during the holiday of Hanukkah took place in the area. Judah Maccabee led Jewish troops against the Greeks in the area, and his grand-nephew, the Jewish King Alexander Jannai, who ruled from 103-76 BCE, annexed the Golan region, adding it to his territory.

When the Roman Empire crushed the Jewish kingdom of Judah, the Golan was one of the very last areas to fall, only defeated in the year 67 CE. While Jewish autonomy ended, Jewish life in the Golan continued to flourish. Archeologists have uncovered the remains of 34 ancient synagogues in the area, dating from the end of the Judean kingdom in 70 CE. Throughout the Roman period, Jewish life in the Golan flourished, with synagogues and centers of learning sustaining a literate, pious Jewish community.

That came to end in the 7th Century when Islamic tribes crushed the Jewish communities in the territory. The last battle against the Islamic conquest, fought in the Yarmouk Valley in the year 636, took place in the Golan Heights. After that, Jews were driven out of the area for centuries.

Zionist Farmers in the Golan

Jewish life briefly returned to the Golan in 1891 when Jewish pioneers began to purchase and farm land in the region. Baron Edmond de Rothschild bought 18,000 acres in the area of Ramat Magshimim, in the Golan. Jews built five small farms in the Golan area’s verdant hills. 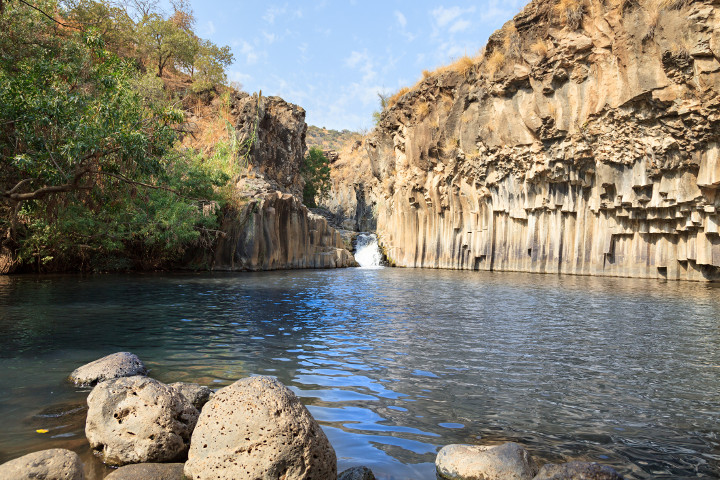 The Jewish pioneers’ farming experiment came to an end in 1898 when local Turkish authorities evicted the Jews and seized their land. At the end of World War I, Britain took control of the area; in 1923 they gave the Golan to France, along with the territories of present-day Syria and Lebanon. In 1947, Syria forced Jews out of the Golan Heights, and used the area to shell Israeli towns and farms that were in the sights of the towering hills of the Golan instead.

The Golan Heights are so often in the news that one might be forgiven for thinking the area is a large one, full of people. In fact, the area of the Golan Heights that’s held by Israel is only about 1,200 square km., or about 500 square miles. About 40,000 people live in the Golan; most of these residents are members of the Druze and Alawite minorities who inhabit several villages and small towns in the hills. In addition, there are 32 Jewish towns and Jewish farming communities across the Golan.

Mount Hermon in the north of the Golan is about 2,800 meters, or 9,300 feet tall, and is a popular skiing destination. A few miles south, the hills along the Yarmuk River, which flows through the southern part of the Golan, are about 400 meters, or 1,300 feet tall. It’s a beautiful region, and several Israeli national parks and protected areas now dot the area. 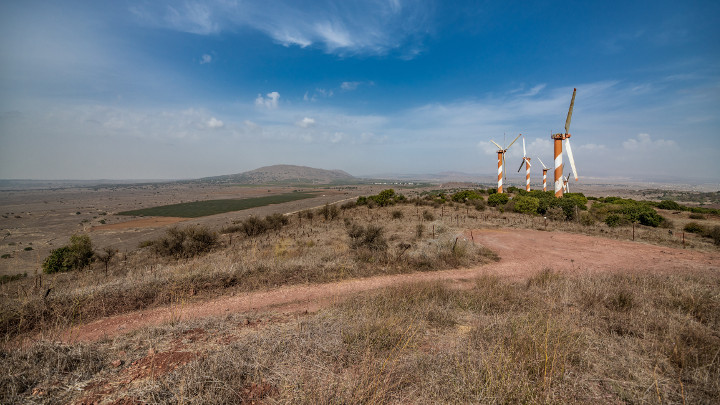 Between 1948, when the state of Israel was established, and 1967, when Israel captured the Golan Heights from Syria, Syrian artillery batteries regularly shelled the entire region of northern Israel. They also allowed Fatah, the PLO’s political arm, to carry out attacks from the region. Haifa is only about 60 miles from the Golan Heights, and the Golan affords an excellent view of the Hula Valley in Israel’s north, which is Israel’s most fertile agricultural region.

For years, Israeli children were forced to sleep in bomb shelters. Many roads in Israel’s north could only be driven along after mine-detection trucks cleared the streets. Former Israeli Prime Minister Golda Meir recalled the misery that Syrians created for Israelis in the crosshairs of the Golan Heights. “The Syrians seemed bent on an escalation of the conflict; they kept up an endless bombardment of the Israeli settlements below the Golan Heights, and Israeli fishermen and farmers faced what was sometimes virtually daily attacks by snipers. I used to visit those settlements occasionally and watch the settlers go about their work as though there was nothing at all unusual in ploughing with a military escort or putting children to sleep – every single night – in underground air-raid shelters” (quoted in My Life by Golda Meir).

Recognizing that Syria was using the Golan Heights to attack Israel, the UN sent troops to police the border between Israel and Syria. In 1966, Israel appealed to this body, the UN Mixed Armistice Commission, asking them to stop Syria from allowing PLO troops to bomb Israel from the Golan. The UN refused to condemn Syria, though it did condemn Israel when Israeli troops dared fire upon Syrian positions in the Golan.

After years of provocation, Israel gained the Golan Heights during the Six Day War of 1967. Fighting started on June 5, 1967, when Israel launched a preemptive strike on Egypt. Syria used the Golan Heights to shell villages and farms in the Hula Valley, and also sent planes to bomb Haifa. On June 9, Israel engaged Syrian fighters in the Golan and captured the area with seemingly miraculous speed, by the afternoon of June 10.

Archeologists soon found reminders of the area’s historic ties to Israel: coins dating from the 2nd Century CE inscribed with the words “For the Redemption of Jerusalem”. 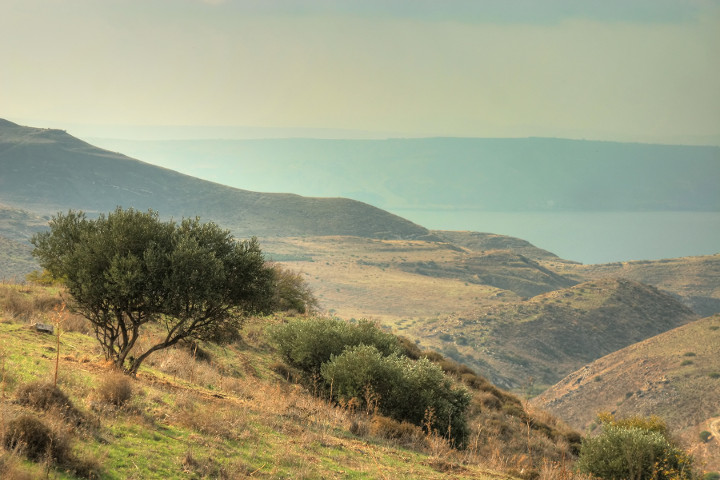 Syria tried to regain the Golan six years later, in 1973, when they, along with Egypt, and supported by nine other Arab nations, staged a surprise attack on Israel on Yom Kippur. They were unsuccessful and Syria later signed a disengagement agreement as part of their armistice with Israel that left the Golan in Israel’s hands. UN troops were stationed at the border of the now Israeli-controlled Golan Heights and Syria, though Israel never used the Golan Heights to shell Syrian territory the way Syria used the commanding hills to terrorize Israel.

In 1981, Israel effectively annexed the Golan Heights, reflecting the key security importance of the area. Syrian continues to demand its return. In 1999, during peace talks with Yasser Arafat that many Israelis thought might lead to a permanent peace with the PLO, Syria disclosed its position: they would only agree to peace with Israel if Israel returned the entire Golan Heights. They wanted to be able to reestablish military positions on the hills, and also control the freshwater sources of the area. Given their experience with Syrian aggression in the area, Israelis refused to even consider this outrageous demand.

Humanitarian Aid in the Golan

With the humanitarian disaster of Syria’s brutal civil war now in its eighth year, Israelis have used the Golan region to provide life-saving humanitarian aid to Syrian refugees. In June 2016, the Israel Defense Force (IDF) launched Operation Good Neighbors, which coordinates massive amount of medical and material aid in the Golan area. 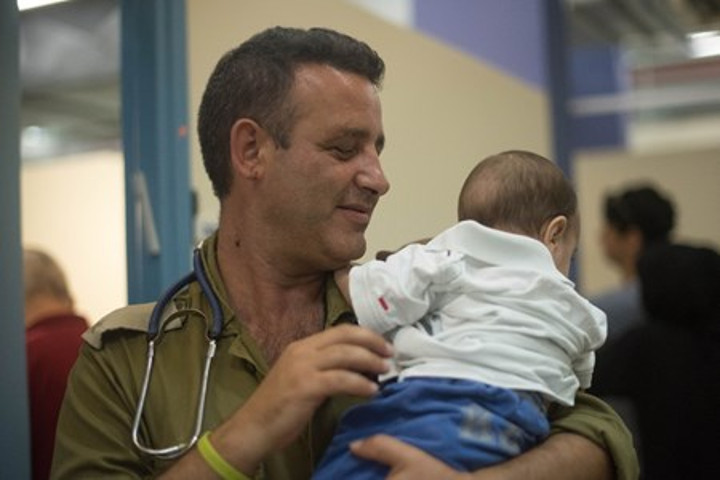 Under Operation Good Neighbors, Israel has distributed over 1,500 tons of food, over 250 tons of clothes, about a million liters of fuel, dozens of generators, and about 25,000 containers of medical equipment and medicine. In one week in 2018 alone, the IDF’s Bashan Brigade carried out six risky operations in the Golan Heights, delivering hundreds of tons of aid, including clothing and children’s toys, to civilians in Syria.

When fighting from Syria’s civil war neared the Golan in July 2018, the Israeli Golan Regional Council launched a major drive to collect items to distribute to Syrian refugees in a buffer zone just outside Israeli control. “We would love any families in the Golan to make sealed bags for a Syrian child with toys and...coloring pages, crayons and sweets...to provide them with a moment of sweet and sweet joy” the council asked. “These are our neighbors and we see this as a mitzvah to help them in times of trouble” explained Council head Eli Malka. Within hours, thousands of donations had poured in.

The brutal fighting continues to rage near to the Golan Heights, a constant reminder of how crucial it is that Israel control the historic and strategically critical area of the Golan.

Reunifying Jerusalem: Remembering Ammunition Hill
It Takes A Lot Of Faith To Be An Atheist
How Instagram Brought Back This Nostalgic Soup
What Makes Eli Run?
Comments
MOST POPULAR IN Land of Israel
Our privacy policy