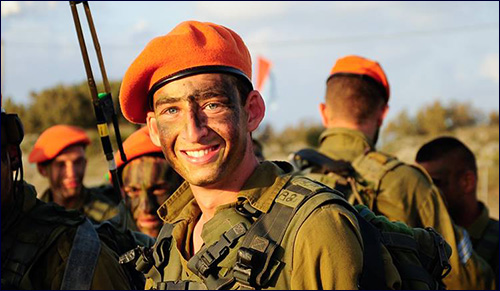 ...your mother-in-law and 9 others you never considered.

…Your Mother-in-Law: The IDF calls ahead to see if anyone is home; your mother in law yells “is anybody home?” while standing in your living room

…Wolf Blitzer: IDF Spokesman Peter Lerner answers questions fairly and thoughtfully; Wolf Blitzer is not paying attention to anyone he is interviewing and yells everything he says

…Your Doctor: At no cost, Israeli doctors treat Arab children throughout the Middle East including Hamas head Ismail Haniyeh’s own granddaughter; Your doctor ain’t working for free. His mother didn’t send him to medical school so he can remove your kid’s tonsils for kicks.

…You: The IDF protects its citizens from rocket fire with the now famous “Iron Dome”; As a child, your favorite wrestler was the “Iron Shiek”

…You: IDF medical teams fly to disaster relief zones to help the victims; You said that you were going to donate $18 to that Red Cross earthquake relief fund but you never did. And you told people you donated. And you told them you donated $180.

Shabbos Goyim Go On Work Stoppage Work Stoppage
In the Shadow of David and Goliath
Where Do the Laws of Nature Come From?
Saadiah Gaon, Rashi and Maimonides: How Three Rabbis Revolutionized Judaism
Comments