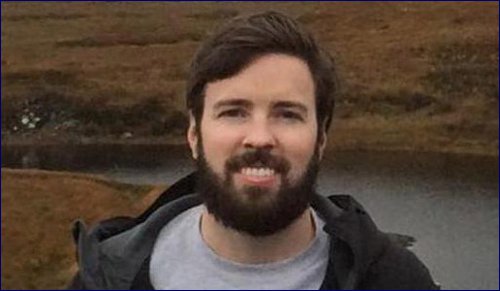 The war veteran served in Iraq and Afghanistan. His murder was celebrated in the Arab press.

Taylor Force, murdered by an Arab terrorist in Jaffa this week, was an American hero. A graduate of West Point, he served as a Field Artillery Officer in the US Army from 2009 until 2014, serving in both Iraq and Afghanistan.

In his Linked In profile, Taylor describes the grueling nature of his five years of service: working as the Leader of a Howitzer Platoon, providing personal security for a Platoon Leader, and being deployed in Operation Iraqi Freedom, Operation New Dawn (Iraq), and Operation Enduring Freedom in Afghanistan.

Friends and relatives have described Taylor’s innate kindness and ethics. “He was handsome and articulate and brilliant and just so GOOD,” his friend David Simkins eulogized in The Times of Israel. “He was such a hard worker, an Eagle Scout (the highest Boy Scout rank, which he achieved as a young man), and loved by everybody,” his father Stuart Force recounted to The Evening Lubbock. 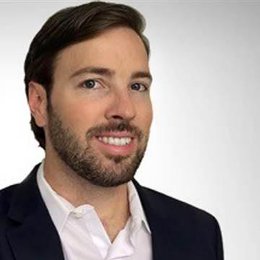 “He always led from the front – just everything you wanted in a leader. Professional. But you knew you could kick back and have a beer with him when the time called for it. Just a good guy,” described David Campos-Contreras, a former U.S. Army private who met him while serving in Afghanistan in 2013. “He didn’t take himself too seriously; he knew how to take a step back and laugh… He was well-rounded. He had good judgment…He was the kind of person who would keep you alive. And did. He did keep us alive,” Campos-Contreras recalls.

A year ago, Taylor decided to make a life change, leaving the Army and embarking on an MBA degree instead. He chose Vanderbilt because of its diversity, its commitment to veterans, and its culture of giving back. “I want to maintain and promote that altruistic culture,” Taylor explained in an interview with a business school website in November 2015. “In addition to learning the skills needed to be successful in business, I want to establish life-long connections and friendships with my fellow students from the U.S. and around the globe."

Barely a year into his MBA program, Tylor decided to visit Israel with 28 other Vanderbilt Owen Business School students. In the words of Vanderbilt University, the students – along with business school faculty and staff – “were traveling to Israel to learn about global entrepreneurship through meetings with start-up companies in one of the most active international cities for start-ups (Tel Aviv).”

On March 8, 2016, Tayler and his classmates were at the popular Port of Jaffa, a mixed Jewish and Arab area just south of Tel Aviv that features peaceful waterfront views, beautiful squares, shops, restaurants and museums.

That day there was a renewed spasm of the violence. A gunman shot and wounded two police officers near Jerusalem’s Old City – one critically. Then, in Petach Tikva, a 44 year old Jewish man was stabbed. (He managed to pull the knife he’d just been stabbed with out of his neck and use it to fend off his attacker.) In the final attack Bashar Masalha, a 22-year old member of Hamas, ran down the Jaffa promenade, stabbing people with abandon and lunging at drivers and passengers in cars. Thirteen people were injured, many seriously. Taylor Force was evacuated to the nearby Wolfson Medical Center in Holon and tragically died of his injuries.

It seems that many Israeli Arabs disagree. One recent poll shows that 67% of Palestinians support knife attacks against Israelis. Two days before Taylor Force’s murder, Mahmoud Abbas called the current wave of violence in Israel a “popular peaceful uprising” and praised a young Palestinian woman who attempted to kill an IDF soldier with her car as a “martyr”.

In an evening news report, the Palestinian Authority-controlled Palestine TV also described the Jaffa attacker as a “martyr” and his stabbing rampage as “a complex operation”. Fatah – Mahmoud Abbas’ political party – celebrated Taylor Force’s murder on its Facebook Page. The post (later deleted) featured a sketch of a hand gripping a knife held over a map of Israel. The text read “the heroic martyr" and the name of Bashar Masalha, who’d just stabbed Taylor Force to death.