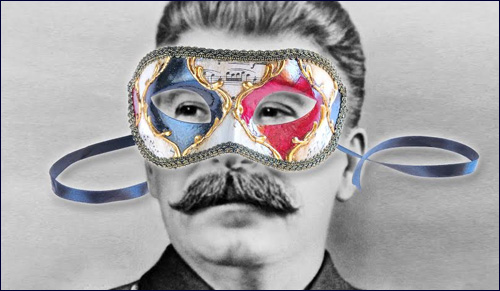 Stalin had plans to murder millions of Russian Jews. Like Haman, the tables suddenly turned.

Jewish holidays are not merely a commemoration of an event in time. The time of year in which the amiracle occurred was an opportune time for the conception of that miracle. As we make our way toward the Purim holiday, we are entering a time zone in which the all the Haman's of the world can fail and Jewish redemption is born. The death and downfall of Stalin is an example of a miraculous, yet untold, modern day Purim story.

Joseph Stalin, tyrant of communist Russia dubbed the invincible “man of steel,” who murdered approximately 20,000,000 of his own people, was particularly hateful toward the Jews. After World War Two, his anti-Semitic campaign took a more aggressive, public stance. In 1947, he targeted thousands of Jewish scientists, politicians, and intellectuals who were dismissed from their positions, humiliated, arrested, and tortured. Stalin's infamous Doctor's Plot, in which six Jewish doctors were arrested and tortured into making a confession, began with the Stalin-controlled media spreading rumors that Jewish doctors were poisoning Russian children by injecting them with diphtheria and killing infants in hospital wards. (Daily Mail, National Journal, 2003)

After spreading his toxic rumors about Jews to the public, Stalin carried on with his plans to eliminate Russia's two to four million Jews, by deporting them to the freezing, uninhabitable regions of Russia and leaving them to die of starvation, hypothermia, and disease. An article from the National Journal in 2003 reported that newly discovered documents proved that in the February of 1953, Stalin commissioned the construction of four camps in Kazakhstan, Siberia and in the Arctic North. The conjecture about Stalin's genocidal plans were confirmed by P.K. Ponomarenko, Soviet Ambassador in Poland, in an article in the French Newspaper, 'Paris-Soir'.

“A week before the Purim of 1953… Jewish faces were far from merry," recounted Mrs. Batyah Barg, author of the autobiography Voices in the Silence. “In train stations all over Russia, train cars were being requisitioned to carry huge caravans of Jews into exile and slow death. Reliable sources confirmed that the expulsion would begin on the sixth of March, just a few days after Purim” (pg. 216).

God will yet help…. Stalin is a mere mortal... no one can know what will be with him in a half hour.

Rabbi Yitzchak Zilber, another Jewish hero and author of the autobiography, To Remain a Jew, recounts this climatic time during which he was imprisoned in the frosty region of Siberia. After Rabbi Zilber read the Book of Esther recounting the miracle of Purim to a group of Jewish prisoners, one prisoner responded, “Who needs your tales about what happened 2,500 years ago? Tell me, where is your God today? It's not enough that Hitler finished six million – here they are about to be done with another three. Do you not see the trains and the barracks that have already been built (for this purpose)?” To which the fearless Rabbi Zilber replied, “True, our situation is difficult, but don't be so quick to eulogize us. Haman also sent orders to 127 provinces. God will yet help…. Stalin is a mere mortal... no one can know what will be with him in a half hour.” (pg. 236- 237)

That Purim night, a few days before the Jewish doctors were due to go to trial, and just thirty minutes after Rabbi Silver's foretelling of Stalin's vulnerable fate, Stalin was said to have “collapsed in a fit of rage” during a meeting in which his supporters expressed opposition to his evil plan, according to the Jewish Telegraphic Agency. That Purim, thousands of Jewish prisoners were freed. Joseph Stalin died on March 5, just a few days later, to the great relief of Russian Jewry. “To this day, I am choked with emotion every time I think back to that Purim of miracles,” recounts Mrs. Batyah Barg.

May we continue to re-experience the miracles of our holidays each and every year.

Did Queen Esterke, the Polish Queen Esther, Exist?
Vayelech 5783: Regret and Repent
Rabbi Sacks: Focus On the Important, Not the Urgent
Put Your Foot Down: Are Human Feet Poorly Designed?
Comments
MOST POPULAR IN Purim
Our privacy policy
Aish.com Is Looking for Great Writers