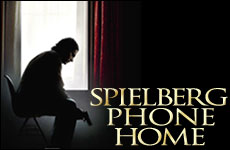 Munich is a distortion of truth and morality.

Time magazine calls it a masterpiece. And that's why Spielberg's Munich, a work of undeniable cinematographic brilliance, is nothing less than a cultural and political tragedy.

The irony is incredible: The movie will leave its tens of millions of viewers with a message that is diametrically opposed to the true significance of 20th century Munich, and the events that led up to the tragedy Spielberg so powerfully captured in Schindler's List.

History has forevermore linked the Bavarian capital with the political failure of appeasement. It was in Munich that Hitler founded the Nazi party and it was here that the infamous Munich Pact was signed in September of 1938. England and France, afraid to take on evil, meekly surrendered to Germany's demands and deluded themselves into thinking that their "amiable discussions" had, in the unforgettable words of Britain's Prime Minister Neville Chamberlain, "secured peace in our time." Appeasement, the world soon learned, was the mistaken belief, as Heywood Broun perceptively put it, that "if you keep on throwing steaks to a tiger, the tiger will become a vegetarian."

Hitler correctly recognized the lack of response to his terror tactics as national weakness, and little more than a year later attacked Poland to begin World War II. Historians trace the birth of the Holocaust to the passive mindset of Munich.

How amazing then to find the very same Munich as the focus of Spielberg's film depicting the anguish of Israel's harsh response to the vicious murder of 11 of its Olympic athletes by Palestinian terrorists.

Spielberg explains why he feels the need for an even-handed approach to the aftermath of the Munich massacre: "Because the biggest enemy is not the Palestinians or the Israelis. The biggest enemy in the region is intransigence." What chutzpah! Does Spielberg mean the intransigence of Israel which has continued to offer land, peace and compromise to its Arab neighbors after every war meant to annihilate it? Or the intransigence of a people which has decided its national policy will not be the cowardice of Chamberlain but rather the determination of "the greatest generation" -- the Allies who fought iniquity head-on to the victory that saved mankind from universal barbarity?

And yet another irony: The Spielberg so conscience-stricken by "Golda's list" of Palestinian murderers designated for execution is the same man who, in Schindler's List, alerted the world to the horrible consequence of passivity in the face of evil.

Golda Meir understood that holding mass murderers responsible is not a compromise with civilized values, but the only way to insure that civilization survives.

Perhaps the greatest perversion of truth in Spielberg's Munich is the line he claims is the key to the entire film. In a scene that never actually happened, Golda Meir justifies the mission of the agents she sends to carry out justice with the words, "Every civilization finds it necessary to negotiate compromises with its own values." Golda never said it because she understood that holding mass murderers responsible is not a compromise with civilized values, but the only way to insure that civilization survives. It is only a world that abdicates the need for a Golda's list that ends up with a Schindler's list.

What Spielberg didn't bother to tell us in his manifesto for moral equivalence -- the film's clear and oft-repeated theme that, as Warren Bell succinctly summarized it, "When good guys kill bad guys, they're as bad as bad guys" -- is how the world responded to the Munich massacre which we now know marked the birth of media-covered terrorism. Avery Brundage, head of the International Olympic Committee, the same "courageous" leader who in 1936 had insisted on sending an American delegation to "Hitler's Games" in Berlin, reacted to the Olympic carnage by stressing that the most important consideration was now that "the games must be saved."

The Olympics, as a microcosm of the world, sent a clear message: Terrorists get publicity, not punishment. Jewish victims may be quietly mourned but their deaths don't require measures that will prevent their reoccurrence.

Golda Meir sent a squad of Israelis to do what for the second time in a generation the world refused to do. And, unlike the lie of Spielberg's Munich, the heroes of this action were not consumed by the kind of guilt that Hollywood liberals believe must accompany every act that lets criminals know evil cannot be countenanced. When Germany actually released some of the terrorists two months later, Golda said she was "literally physically sickened by Germany's capitulation" and by the realization that "that there is not one single terrorist held in prison anywhere in the world. Everyone else gives in."

Israel understood that "crime and punishment" is not only biblically mandated; it is the only alternative to the Munich of Chamberlain that inexorably led to mass murders perpetrated by the Master Reich.

I came away from watching Munich with profound sadness because Steven Spielberg has always been one of my heroes. Spielberg so often made us proud of his identification with his people. Some years ago I met him and shared with him an insight that he admitted he never realized: While filming Schindler's List in Poland, Spielberg did the last editing cut on Jurassic Park. I hoped the remarkable connection between the two films wasn't lost on him. By all logic, the Jews should have disappeared during the centuries of persecution culminating with the Holocaust, just as the dinosaurs did eons earlier. But a remnant survived. That remnant filed by the grave of Oskar Schindler to give thanks. And it is survival that defines the miracle of the Jewish people.

Jewish survival is the priority of our historic mission. But for Spielberg in his Munich incarnation, as scripted by Tony Kushner, political correctness is the new god to be worshipped, even at the cost of national suicide. Kushner has already made clear what he thinks about Israel: "I wish modern Israel hadn't been born." Kushner is the paradigm of one who ardently believes that violence is never justified; only dialogue with our enemies will ever achieve peace.

Yes, Spielberg admits that Munich is "historical fiction," that he has taken license with some of the facts to make a more memorable movie. But what is unforgivable is the "moral message" he leaves with the viewer that distorts reality and affects how millions will judge the current Mideast impasse. Both sides, the film tells us, have an equal claim on our moral sensitivity. Yet it is only one side that seeks not a national homeland, as the script suggests, but the total destruction of the other. As a leading Palestinian cleric declared: "We have ruled the world before, and by Allah, the day will come when we will rule the entire world again... We will rule America... [and] Britain and the entire world -- except for the Jews. The Jews will not enjoy a life of tranquility under our rule... Listen to the Prophet Mohammed, who tells you about the end that awaits Jews. The stones and trees will want the Muslims to finish off every Jew."

For Palestinians the death of innocent bystanders is policy; for Israel it is an unintended and regretted consequence.

Both sides, the film tells us, are responsible for the collateral death of innocent bystanders. But what it does not make clear is that for Palestinians it is policy; for Israel it is only an unintended and much regretted consequence.

Too bad the movie does not include perhaps the single most relevant dialogue in Jonas' book, Vengeance, that served as the primary source for Munich. In assigning the mission, the agents are given clear instructions: If you get all of the names on the list, your mission is an incredible success. Get six or five, we will feel the message has been sent that Jewish blood is not cheap, that we will not sit idly by as the world did during the Holocaust. Even if you get only one or two, it will not have been in vain. But if you will be faced with a choice between killing any one on the list together with an innocent bystander or aborting your mission, your instructions are to do nothing.

That piece of information is probably the most crucial difference between the Munich terrorists and the Israeli hit-squad, yet it wasn't included in the film.

Munich concludes with a final insult: The disillusioned leader of the mission, who cannot abide the ideology of a country that dares to declare that it will no longer idolize the glorification of the Jew as victim, renounces his country and settles in Brooklyn. And so ends the hope of the Jewish people.

It never happened. And it makes whatever message Spielberg sought to bring to the screen indefensible. I beg Spielberg, one of the most brilliant filmmakers of our generation, to heed the advice to ET: "Phone home" to your people -- the people who will immortalize the courage of Schindler's survivors rather than condemn the heroic executioners of Munich's terrorists.

Where Are You?
Lessons from the Book of Jonah
Where Are We? The Body, Brain, Soul Problem
Dr. Sheila Nazarian’s Escape from Iran
Comments
MOST POPULAR IN Israel
Our privacy policy
Aish.com Is Looking for Great Writers