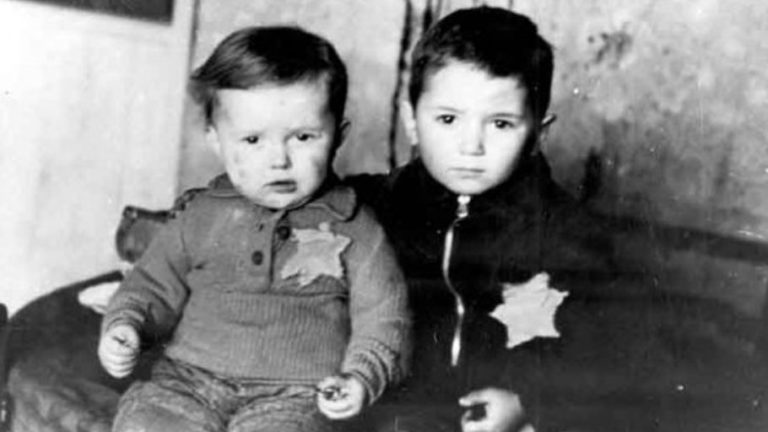 Arik Brik was a young boy when he survived the Holocaust. He moved to Israel with his family where he reached great prominence.

Arik (Aharon) Brik was born in Kovno, Lithuania in 1936, the only son of Zvi Brik an attorney and his wife Leah, a school teacher. The second biggest city in the country and once its capital, Kovno was famous for its textiles, breweries and furniture production and was brimming Jewish artisans and businesses. Home to dozens of synagogues and Jewish schools with many active Zionist youth movements, Kovno’s Jewish population of 31,000 made up a quarter of the town. The famed Slobodka yeshiva - one of the most renowned seats of Torah learning in Europe – was located close by.

On 25 June 1941, the thriving and vibrant Jewish life in Kovno came to an abrupt halt when the Nazis conquered the city, unleashing a wave of brutal attacks by Lithuanians who murdered hundreds of the Jews in broad daylight on the streets of the city. Within weeks, the Nazis consolidated their grip on the town, forcing the Jews into a ghetto, and in a series of gruesome aktions, led large groups to nearby the forests, shooting them in military forts abandoned by the Soviets. 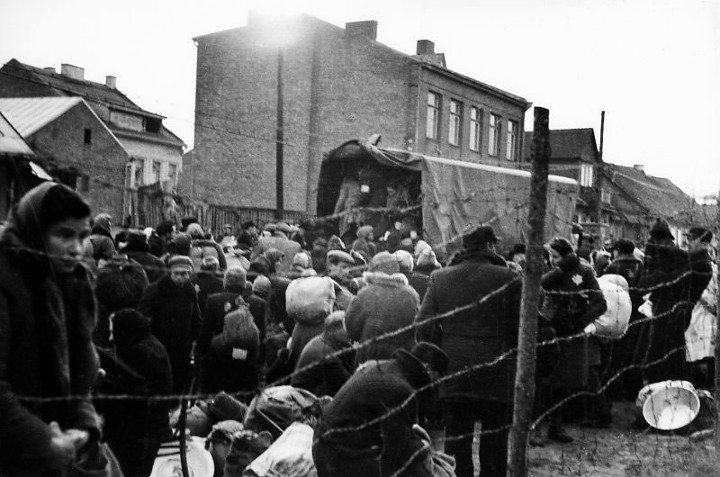 Forced labor in the Kovno Ghetto

The killings spread fear throughout the community, with the date October 28 1941 still etched in the memory of the few survivors of the town. On that day 9,200 men, women and children were led to the notorious ninth fort, lined up and shot, their bodies buried in shallow pits. The remaining 20,000 Jews in the ghetto lived in constant fear.

No memories of happiness

Five years old when the Nazis entered the city, Arik Brik testified over 60 years later, “I don’t remember that I ever played in the ghetto, I was always afraid.” He added, “I was always within four closed walls, I could not go out. I have no memories of happiness. I can remember only the fear and worry of the daily deprivation.”

Several bitter moments have been etched into his childhood memories. “One day I dropped a pot of soup,” he said. “It was a tragedy because you have no food.” The food was in such short supply, “A rotten potato which has been smuggled in from outside turns the day into a festival.” 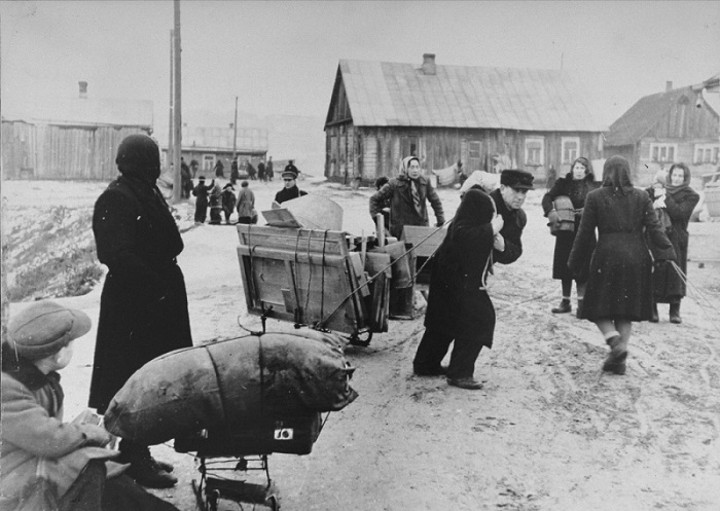 The Nazis brutally exploited the Jews for slave labor, marching 4,500 Jews, already weak from hunger, six kilometers a day to build a military airport for the German air force. Those who worked there lived with the hope that being useful to the Nazis would keep them alive, while each day they would come home terrified to find their families had been deported or taken away in another brutal aktion.

Arik’s father, fearing for his son’s safety, dressed him as an older boy taking him along to work with the other men of the ghetto. On March 27 1944, the Nazis stepped up their murderous plans for the Jewish people, dragging 1,800 children and babies out of the ghetto, shooting them in cold blood. Somehow Arik survived the aktion. “Death is a phenomenon that I saw from up close all around me,” he said.

As the remaining Jews of Kovno realized their end was near, they began to dig underground bunkers under the buildings of the ghetto, hoping they could hide or owing to some twist of fate, survive until they were liberated. Some who had good contacts outside of the ghetto tried to find ways of escaping but Zvi Brik, a respected leader in the city both before and during the war, refused to abandon his community. Joining others in one of the bunkers, he used his pre-war connections with local gentiles to smuggle his wife and their son out of the ghetto, so Erik’s incredible story of survival continued.

One of the ghetto’s factories produced uniforms for the German army; it was another way the Jews of the city used their skills as artisans to remain useful to the Nazis for as long as possible. In a carefully worked out plan, Zvi bribed the wagon driver and guards collecting a batch of uniforms from the ghetto and organized his family’s escape, placing Arik into one of the sacks, with the guard allowing his mother to walk alongside the wagon.

“They put me in a bag and told me not to make a sound,” Arik said remembering the tense journey. “If it was cold or hot or whatever, I was not to make a sound.” The wagon contained valuable goods for the Nazi war effort, and the sack containing 8-year-old Arik was placed on top so that he’d be able to breathe.

A few kilometers outside the ghetto, the wagon stopped and all of the sacks were unloaded into a barn. They had arrived at the farm of a friend of Jaroslavas Rakevičius, a friend of Arik’s father before the war. 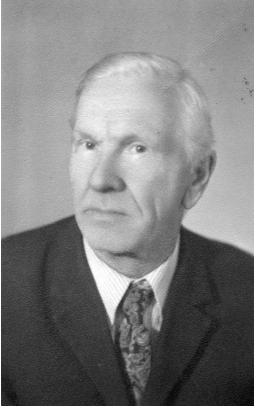 Arik had spent his childhood in the ghetto and had never spent time in the countryside. “When they opened the sack,” he recalled, “I opened my eyes and saw a cow. I had never seen one before.”

Arik and his mother stayed at the farm, just outside Kovno for three days before Rakevičius and his sons, who had also helped 20 other Jewish families to escape, sensing the Nazis were looking for Jews in hiding, took them to their own farm in the village of Keidžiai, around 100 kilometers away from Kovno. He remained hidden there with his mother, moving between two bunkers built under the family’s home and yard, hoping the war would end soon.

“Our biggest fear was being given away and someone informing on us,” Arik said. “If anyone would tell the authorities then not only we would be killed, but also the family that was looking after us.”

You must keep learning

Despite living with this fear, Arik’s mother refused to give up on her only son’s education. Drawing from her experience teaching before the war, she insisted they use their time in hiding to continue his education, tutoring him daily. “She taught me math and history, and I remember many long conversations about the world,” he said, recalling how his mother engaged him about life beyond the confines of the war.

As Arik and his mother stayed in hiding, Zvi Brik, along with the remnant Jews of Kovno, were hiding in the ghetto in their underground bunkers. As the Soviets advanced and the fortunes of the war turned, the Nazis began destroying the ghetto, setting fire to its buildings and smoking the Jews out of hiding. Sadly most of the bunkers were discovered, with the Jews inside suffocating from the smoke. Zvi’s bunker was not found and remarkably he too survived the war.

Reuniting and moving to Israel

After six months in hiding, the Brik family finally reunited, and two years later in 1947, moved to pre-state Israel to start a new life. Arik recalls the family’s journey: “We travelled from Lithuania to Poland, from Poland to Romania, from Romania to Hungary, from Hungary to Russian-controlled Austria, and from Russian-controlled Austria to British-controlled Austria.” He continued, “When we crossed the border we were suddenly met by a division of Brigade soldiers bearing the symbol of our flag.”

These were members of the Jewish brigade serving in the British army; from there they joined a boat of refugees sailing to Palestine. “These are things that will never be forgotten. The view of Haifa from the ship when we first arrived is something I will always remember." 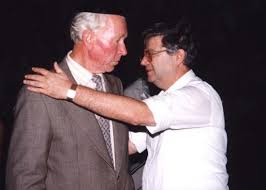 Eleven years old, when the ship docked Arik’s parents changed their family name from Brik, to Barak, meaning ‘lightening.’ Their survival had been like flashes in the dark - one of a very few number of Kovno families who managed to reunite and begin new lives after the war.

Following in his father’s footsteps

In Israel, Aharon continued his education, the efforts of his mother in hiding had helped him retain his thirst for knowledge, despite the fear and anxiety he lived with on a daily basis. After serving in the IDF, he completed a bachelor's degree in International Relations at Jerusalem’s Hebrew University before choosing to follow in his father’s footsteps to qualify as an attorney. 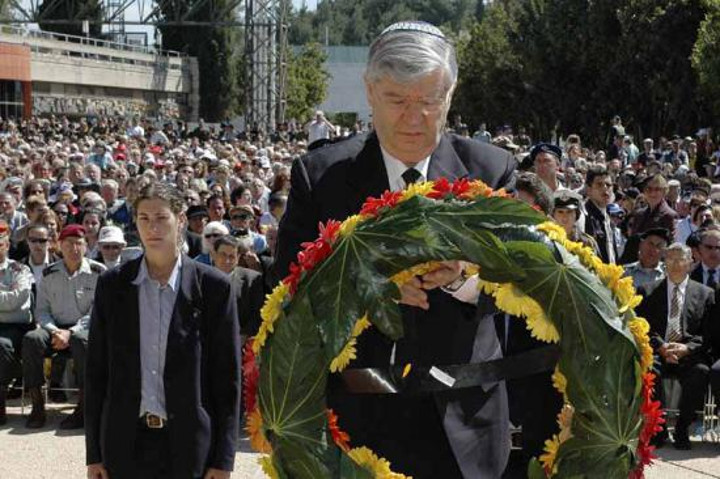 After gaining great renown, in 1974, Aharon Barak was appointed the Dean of the Hebrew University Faculty of Law and one year later, the young boy smuggled out of Kovno Ghetto in a sack served as Attorney General of the State of Israel from 1975 to 1978. Barak served as a Justice of the Supreme Court of Israel (1978–95), and became President of Israel’s Supreme Court from 1995 to 2006. Such was the potential of one Jewish boy who survived the Holocaust.

Holocaust Survivor Reunited with Daughter After 80 Years
What Makes Eli Run?
The Tyranny of Materialism
Science Enters the Mysterious Inner World of Consciousness
Comments
MOST POPULAR IN Israel
Our privacy policy