Shmoozing with the Stars, Except on Shabbat 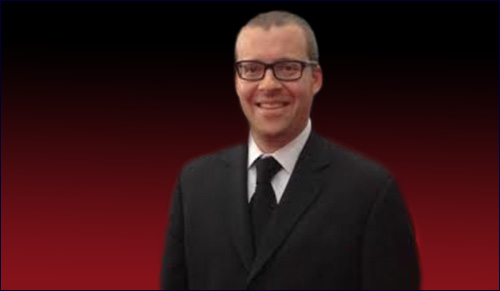 In a business fed by 24/7 connectivity, Cory Richman is available 24/6.

“Veep” star Anna Chlumsky wore Zac Posen at the recent Emmy Awards in Los Angeles. Her manager, Cory Richman, wore a yarmulke. You could see it in a camera shot on the red carpet.

A partner in the New York talent management firm Liebman Entertainment, Richman is an Orthodox Jew whose commitment to his faith garners the respect of clients like Chlumsky. In a business fed by 24/7 connectivity, he is available 24/6. The 36-year-old husband and father of three unplugs from cell phones, computers and other technology for 25 hours every week to observe the Sabbath with his family.

“Cory knows that everything we do is part of a bigger picture – that while our careers and work are very important to us, they're not everything,” says Chlumsky, who stars as the vice president’s chief of staff on the hit HBO series and was an Emmy nominee for outstanding supporting actress in a comedy series the past two years. 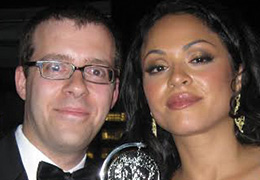 A practicing Catholic, she likes having a manager whose values are in check. “That's very important when you work so closely with someone in such a personal realm like an acting career,” she adds in an e-mail.

Richman is the grandson of Holocaust survivors on his mother’s side and observant Jews on his father’s side who kept the faith in America in the early 1900s, when it wasn’t convenient to do so. His upbringing instilled a pride about his Judaism and a strong commitment to Torah observance.

“It was important for my grandparents to send my father to the Yeshiva of Hudson County – now Rosenbaum Yeshiva of North New Jersey – and Yeshiva University’s high school,” Richman explains.

“It was important for my grandparents to send my mother to a Jewish day school in Cleveland. Both sides of the family were very involved in shuls. Those were the role models I looked up to as a child.”

He grew up in an Orthodox home in Teaneck, N.J., and went to a Jewish day school and earned his bachelor’s degree in marketing from Yeshiva University in 1999.

“My rabbis have been a great inspiration, especially Rabbi Moshe Tzvi Weinberg. I am so lucky to have someone like him in my life who I can speak to and look up to.”

Thanks to his persistence and resourcefulness, he landed an internship at NBC Sports one summer during college. It happened to be 1996, when Atlanta was hosting the Summer Olympics. The NBA finals were underway, and U.S. colleges were gearing up for football season.

As a sports fanatic, Richman says, “I was in seventh heaven.”

However, while the job seemed perfect, he couldn’t fully plunge in because of his Sabbath observance. “One thing I realized was that sports peaked on the weekend. I was always leaving early on Friday, and these guys were sometimes there until midnight.”

Despite his experience, Richman didn’t find it easy to secure a full-time job in the industry. After sending out many resumes to agencies and film production companies, the “overnight success” chapter of his story began. He received an offer from the William Morris Agency, which was the longest-running entertainment talent agency and represented some of the most well-known entertainers of the 20th Century. Richman rubbed elbows with big stars like Lauren Bacall.

Lauren Bacall would call on Friday and say, “Okay Cory. I know I have to catch you before sundown.”

In New York, Shabbat can start as early as 4:10 on a Friday afternoon in the winter. Bacall, who was also Jewish, would call earlier in the day and say, “Okay Cory. I know I have to catch you before sundown.”

From the beginning, Richman sensed that clients respected his Jewish observance.

After starting in the agent-training program, he worked his way up into the talent department. When two William Morris agents created their own management/production company, Parseghian Planco, they took him with them. Their eclectic roster of actors included Daniel Day-Lewis, Joseph Fiennes, Isabella Rossellini and Olympia Dukakis. 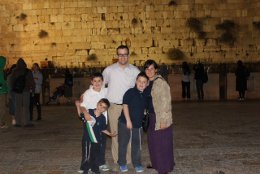 Richman then spun off a talent management company with Brian Liebman. Over the years, their clients have included Oscar, Emmy, Tony and Golden Globe winners and nominees. He spends his days talking to casting directors and producers about clients like Michael Kelly of “House of Cards,” Cynthia Addai-Robinson of “Spartacus,” Dominic Chianese of “The Sopranos,” Hannah Ware, who is coming out in the film “Hitman: Agent 47,“ and Karen Olivo, Tony Award winner for “West Side Story.”

Through it all, Richman has maintained his faith. “I wear my yarmulke every day. It keeps me grounded,” he says in a phone interview from his Manhattan office.

As he notes, “A lot of people think work has to be the No. 1 priority. I realize there’s something more important than the business: my family and my religious beliefs.”

Although show business expects its managers to be on call 24/7, Richman has other plans in coming weeks. During the High Holidays, he will spend time praying and celebrating with his wife, Mandy, children, parents and in-laws. He prepared his clients ahead of time by telling them the holidays were approaching.

I’ve never lost a client because of my observance. If anything, I’ve gained clients.

“I give credit to my clients for being understanding, because why sign with someone who’s only available 24/6? I appreciate that they respect me for it. They say to me, ‘You have values.’

“I’ve never lost a client because of my observance. If anything, I’ve gained clients. They believe I’m a good person for realizing there’s more to life than just the business.”

Richman arranges his schedule to make it all work. For instance, he’ll jet between the East and West Coasts on weekdays in order to be home for the Sabbath. Last year, when the Emmys were broadcast during the intermediate days of Sukkot, he took the first flight out from Newark Sunday morning to be at the show that night. Then he caught an early morning flight back Monday from LAX in order to be home for Shemini Atzeret and Simchat Torah.

Seeing Richman on the red carpet at the Emmys makes his grandmother in Israel kvell (proud). “She says she doesn’t fully understand what I do,” he laughs, “but seeing me on TV, she gets it.”

The Jewish Story Behind Spock

Lessons from the NBA’s Historic MVP
Don’t Believe in Other Gods Versus God is One
Seeing Without Eyes
Why Shouldn’t We Eat Whatever We Want?
Comments
MOST POPULAR IN Current Issues
Our privacy policy
Aish.com Is Looking for Great Writers