Shavuot: The Holiday for the People of the Book 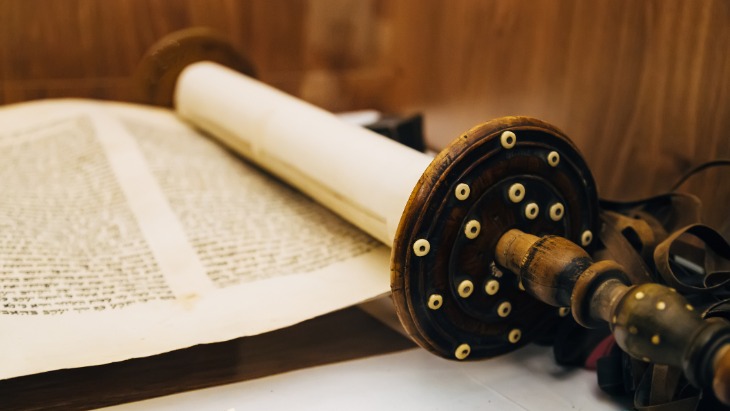 The centrality of Torah in a Jew’s life.

We sometimes hear Jews referred to as ‘The People of the Book.’ Paradoxically this term actually comes from the Koran, not from Jewish sources. For many it emphasizes the Jewish focus on education, and achievement in education. Jews, until recently, made up 25% of many Ivy League schools. The People of the Book have garnered over 20% of Nobel prizes even though Jews make up only .02% of the population. It is difficult to determine the figures for Jewish literacy in the past, however it does appear that historically it was well above that of the general population. Eighteen hundred years before the Western world, Rabbi Yehoshua ben Gamliel instituted universal education for children in Jewish communities (see Babylonian Talmud, Baba Batra 21a).

It has been suggested that Jewish success in education, and as a result in general society, is largely a result of the importance placed on education in Jewish society and culture. My grandmother’s mantra to me was to acquire as much education as I could because “they cannot take it away from you.” This was spoken from first-hand experience; before WWII she and my grandfather had their home and business taken away from them in Austria when they were in their fifties and had to start over again in America. I absorbed the message and wound up with two advanced degrees.

Yet if we trace it back, we see that the Jewish emphasis on education does not come from a cultural value; it comes from the importance placed upon Torah study. This is embodied in the Rabbinic statement that we recite daily in the morning prayers, “Talmud Torah is equal to them all [honoring one’s parents, acts of kindness and other primary mitzvot]” (Babylonian Talmud, Shabbat 127a).

One of the features of a religious Jewish home is the prominent display of books. Having Torah books in a central place in the home projects a message of the primary importance of Torah study in our lives.

Rabbi Judah Halevy, the Spanish philosopher, physician, and poet expressed his love of books this way: "My pen is my harp and my lyre, my library is my garden and orchard” (Brodi p.166). Implicit is the message that the garden is meant to be harvested. The Talmud tells us that this means incorporating Torah study into the pattern of our lives.

Shammai tells us that we should make Torah a consistent part of our lives (Avot 1:15). One of the top five questions we will be asked when we reach the world to come is “Did you set aside regular times for Torah study?” (Shabbat 31a) Torah study is not a mere hobby; it is the primary activity of a Jew’s life.

Shavuot celebrates the giving of the Torah at Mount Sinai over 3000 years ago, and our transmission of the teachings over 3000 years of Jewish history. Jewish holidays are not just commemorations of the past. Like the Passover Haggadah tells us to actually re-experience the Exodus, so too on Shavuot, we bring ourselves to re-experience the receiving of the Torah, and we re-dedicated ourselves to our commitment to Torah by studying Torah. This opportunity can extend the rest of the year as reflected in this teaching of Rabbi Yehoshua ben Levi: every day a voice comes out from Mount Horeb (Mt. Sinai, Avot 6:2).

So whether you stay up all night studying Torah, or find time to do some studying your own, this Shavuot, let’s recommit ourselves to learning Torah and making it a consistent part of our daily life throughout the year.

Women in the Bible #8: Ruth

Shavuot and The Magnificent 7's

Lively Overview: The Book of Ruth
Deep Breaths
What Happened to the Truth?
The Japanese Everything Bagel Spice Recipe
Comments
MOST POPULAR IN Shavuot
Our privacy policy