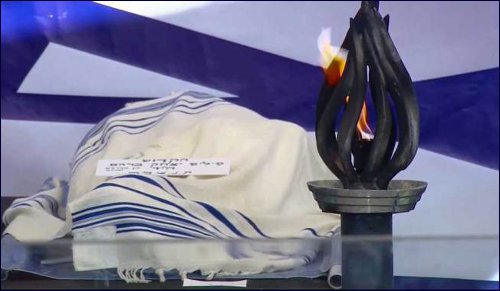 In Israel, the feeling of being part of a Jewish family is overwhelming.

I often curse the distance between my place of residency, Australia and my home, Israel. The geographic distance manifests in helplessness during times of strife and trouble, feeling unable to adequately pull my weight for the Jewish people whilst being so far away. Last week, on Tuesday afternoon at 12pm, for once, distance was not a factor in expressing the extent of my sorrow. There, at the foot of Har HaMenuchot, in conjunction with thousands of others, I stood at the funerals of Yoav Hattab; Philippe Braham; Yohan Cohen and Francois-Michel Saada. Four men who in theory were strangers, but in reality are my dear brothers I never had the privilege of meeting – only of honouring in harrowing remembrance.

In the Torah portion of two weeks ago, a deeply poignant principle is modelled and learnt from Moses. In witnessing the hardship that befell the Children of Israel during their slavery in Egypt, we are told Moshe did not merely “look at their burdens” (2:11) but as elucidated by the commentator Rashi, he “directed his eyes and heart to be distressed over them.” Moses did not merely observe the pain of Bnei Yisrael but identified with it making their problem his own. He so committed his faculties to partaking in their sadness, determined to alleviate even a fraction of their adversity and in whatever capacity possible to share their load.

For some time now, people have spoken about the unstable climate of anti-Semitism looming in Europe and specifically France. Passionate chain e-mails calling for an end to the hostility towards Jews in France and the like, urging for a boycott of their products and expressing less than favourable reports about those who torment European Jewry have long circulated international mailing lists. Now, the tone has shifted. The action can no longer be passive and responsive but needs to be proactive – a move to Israel in pursuit of ultimate safety and relief.

In reference to the attack that took place in France, many people have expressed the sentiment that for our people Israel is our one true space of protection and freedom. It is the only country in which a kippa can be worn without fear and one’s Jewish identity needn’t be diminished in the name of security. Whilst this cannot be refuted, I feel it is important to note that Eretz Yisrael is not merely a safe house as much as it is a shared one.

In Israel one’s pain need not be carried alone.

The true relief felt by the Jewish people upon returning to Israel does not come from escaping those who wish to harm us. Sadly, our enemies attempt to attack us even in Eretz Yisrael as the war over the summer most recently proved. The true relief, I believe, comes with knowledge that in Israel one’s pain need not be carried alone. Just as Moses eased the suffering of Bnei Yisrael by sincerely empathizing with them, in our homeland one is quickly assured that there are hundreds if not thousands of people who hurt when you hurt and stand right beside you to help carry your load.

A dear friend of mine has been known to say that in life there are two types of people: shafters and grafters. Shafters are the people quick to dodge responsibility always managing to go unnoticed when a task needs doing or a weight needs lifting. Grafters on the other hand, are those who needn’t be asked before rising to the occasion and giving of themselves to help share the load.

When I walk through the streets of Jerusalem and indeed all of Israel, despite not fully grasping the language and sometimes not knowing where to go, I feel an inherent security, the same security I imagine Jews from all over the world experience too. This is not a security that stems from a lack of danger, but rather a wealth of support. We have the great honour and privilege of belonging to a nation of grafters, an extended family who cannot necessarily cure the problem, but can always feel the pain. We are currently carrying the pain along with the bereaved loved ones of Yoav, Philippe, Yohan, and Francois-Michel, trying as best as we can to assure them they are not single-handedly bearing the load.

Here in this hour of darkness for Am Yisrael, I deeply regret the circumstances but am honoured to have the opportunity in my limited capacity to graft responsibility as can only best be done in Israel. This tragedy is not one that the families and communities carry alone and it is my most sincere hope that soon we, the Jewish people, will only have to partake in the joy of each other’s simchas together in our home.

Born in South Africa, Danielle Sussman has spent most of her 20 years residing in Sydney Australia, where she pursues a double degree in marketing and media. Deeply committed to the Jewish community, Danielle works busily in informal Jewish education. Whilst recognising she is young and arguably under qualified, she feels passionately about the Jewish people and Land of Israel, hence her compulsion to tell you about it here.