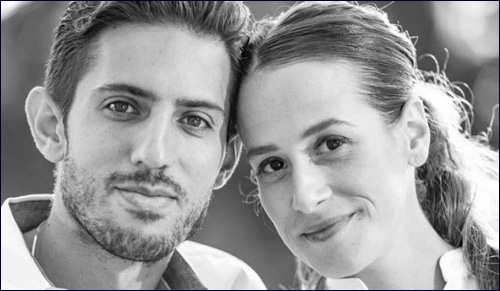 Adam Krief's battle with cancer has sadly come to an end.

Sad update, March 15, 2017: Adam Krief, a Jewish cancer patient whose search for a bone marrow donor captured the attention of social media and the Jewish world, has died at the age of 31. He leaves behind his wife, Lia, and three children.

Adam Krief has always been athletic. Even with the responsibilities of work and looking after his young and growing family, he still made time to exercise regularly.

Then Adam started coming home from workouts feeling very achy, suffering from stomach pains, back aches and night sweats. Food no longer appealed to him and he was losing weight.

“He had every test done under the sun,” recalls Adam’s wife, Lia, in an exclusive Aish.com interview. After seeing numerous doctors, Adam finally received a diagnosis: he had primary myelofibrosis. Usually found in geriatric patients, Adam and Lia were told it was a very slow moving, chronic cancer. Adam might one day need a bone marrow transfusion, his doctors said, but there was no immediate need. 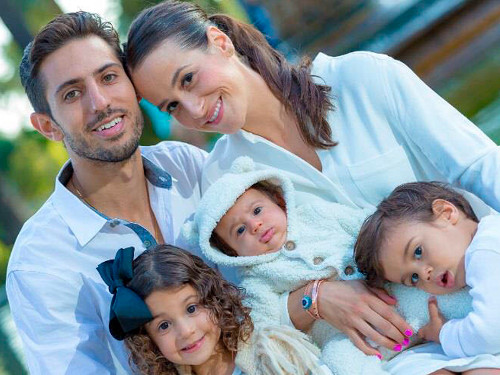 Adam and Lia settled back into a routine, taking care of two toddlers and a baby. But two weeks after his diagnosis, everything changed. Adam started having debilitating back pain. What had been diagnosed as a slow-moving cancer was changing into an aggressive, fast moving leukemia. “We went from hearing we have time, to ‘we better get into treatment right away,’” Lia remembers.

The chances of finding a match for bone marrow donation are highest among populations that share similar genetic backgrounds. The first people Adam’s doctors tested were his brother and sister. When they weren’t a close enough match to do a transplant, Adam’s medical team widened its search to the United States’ bone marrow registry. The world’s largest bone marrow registry, it lists over ten million potential donors in its databases.

After scouring the entire database, there were no matches to be found.

But that wasn’t enough for Adam. Minorities are underrepresented in the database and patients from smaller ethnic groups have a harder time finding matches. Adam’s parents both immigrated to the United States from Morocco and are Sephardi Jews. After scouring the entire database, there were no matches to be found.

Undaunted, Adam and Lia realized they’d have to expand the number of people who were registered. They also knew they had to educate people about how easy it is to be tested and to donate. All it takes is a simple cheek swab, and marrow donation today is often nearly as simple as donating blood. “I encourage anyone who’s not on the marrow registry to get on the registry,” Lia explains. “It’s a huge mitzvah.”

What started as a local, personal effort soon went viral worldwide. “We never would have anticipated our journey to find a match would become what it turned into,” Lia recalls. 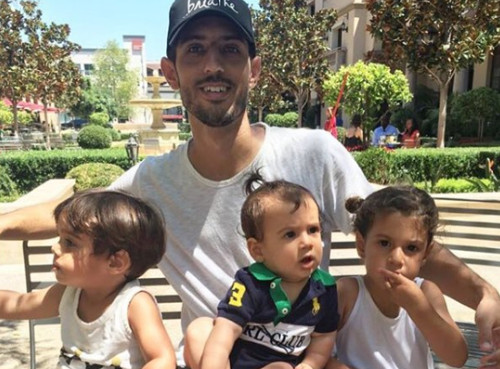 Lia and Adam created a Facebook page “Hope4adam” and helped organize a bone marrow registration drive at the synagogue he grew up attending. Aside from Adam’s illness, they were busy taking care of a five-month-old baby, a two year old and a three year old. Some of the photos they used in the publicity materials they were quickly putting together were taken at their baby’s bris, just a few months before.

As word spread about Adam’s plight, more and more people started to get involved. The bone marrow registration organization “The Gift of Life” helped by organizing registration drives across the country. It was started by Jay Feinberg, who was diagnosed with leukemia in 1991. When he too found no match in existing donor databases, his family organized drives testing tens of thousands of donors around the world. Jay’s donor was the very last person to be tested, at the very last event Jay’s family organized. Besides organizing donor registration drives, Jay also became a close resource for Adam and Lia.

Adam and Lia’s drive to register more donors was given a few celebrity boosts. Kim Kardashian, who has a friend whose son goes to school with the Krief’s son, tweeted about the Hope4adam campaign. Basketball powerhouse Shaquille O’Neal also posted about Adam’s quest on social media, and Ellen Degeneres featured the Hope4adam drive on her show.

But the bulk of the help Adam and Lia received was from the Jewish community. “Jews are there for one another; so much of being Jewish is giving to others,” Lia has learned through these past, grueling months.

Some of Adam’s friends in Israel started a nationwide campaign. They registered 34,000 Israelis in one day. A friend of Lia’s who lives in Rome, got in touch with the Italian registry and started a drive there.

“There were so many people around the world who helped," Lia says. “Emuna (faith) is necessary to get through something like this, and the way to have emuna is to feel supported.”

On October 6, 2016, Lia's friend Dikla Carmel spearheaded challah bakes all over the world for Adam. “We asked ten different communities if they would host a challah bake. Within a day, we had ten more communities engaged, and each day this number multiplied. It was an amazing group effort... The thread that linked us together was so present and alive."

On December 6, 2016, Adam and Lia announced that a match for Adam had been found.

As the months went by, the thousands of new potential donors who’d registered thanks to Adam began to make an impact. Sixty thousand extra donors were registered, and that led to seven new matches for transplants while Adam still searched for a donor for himself.

Finally, on December 6, 2016, Adam and Lia announced that a match for Adam had been found. Posting on Facebook, Lia thanked all who’d helped her family through the months:

Just a few months ago I stood before a group of women who gathered to bake challah and pray for Adam to get well. I shared with them that not having my husband home felt like all the lights in our house went out but that their kindness helped to shine light on what has felt like such darkness. It was just after hearing that a seventh match had been activated, through the efforts of our Hope4adam drives, that word came of Adam's donor. I imagine it's only fitting that Adam's going to have his transplant right before Chanukah begins- the eighth match made, just like the eight candles we will light together this year, and for years to come...

As Adam prepares to undergo a bone marrow transplant on December 14, 2016, Lia wants to say thank you to the tens of thousands of people who reached out to help from all over the world. “Thank you to all who have helped…. Thank you to everyone who got tested, thanks to everyone who davened (prayed) with Adam’s names on their lips.”

30 Strangers at a Funeral

Light in the Strangest of Places
For Every Individual, A Torah Scroll
Allegiance To The Monarch
Meet the Real You: Yom Kippur
Comments
MOST POPULAR IN Israel
Our privacy policy
Aish.com Is Looking for Great Writers