Saving as Many as They Could: The Elsinore Sewing Club 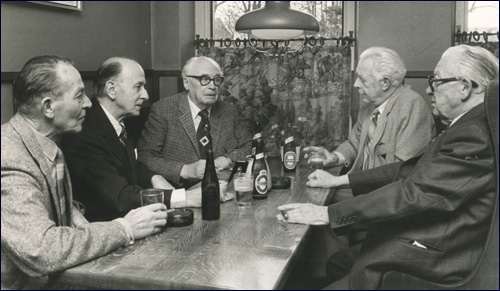 The story of a courageous group that helped Jews flee Denmark during the Second World War.

Although most individuals in occupied Europe did very little to help Jews, one group of people actually did stand up for their Jewish population during World War II: the Danes.

When the Nazis ordered that all Jews living in Denmark be deported to concentration camps in the autumn of 1943, many Danes, a people fiercely egalitarian and with a long history of protecting religious freedoms, played an active role in first hiding their Jewish countrymen and then evacuating them to neutral Sweden.

Regular citizens hid Jews in their homes; hospitals admitted Jewish “patients” under Christian names; members of the clergy hid the persecuted in their churches. The main escape hatch was the Danish coast about 35 miles north of Copenhagen. From there, Sweden could be reached by fishing boat in about 30 minutes.

Books about the rescue of the Danish Jews exist; many take a big-picture approach or are told from the refugees’ point of view. But few focus on the Danish rescuers themselves.

The Elsinore Sewing Club was the codename of an underground group that ferried Jewish refugees from the Danish coastal town of Elsinore to the safety of Sweden. The group, whose name was just a ruse to fool the Nazis, had four main members: Erling Kiær, a bookbinder; Thormod Larsen, a police detective; Ove Bruhn, a police clerk; and Børge Rønne, a newspaper journalist. Of the 7,200 Jews that successfully fled Denmark during the rescue of the Danish Jews, the Sewing Club saved about 10 percent of them. 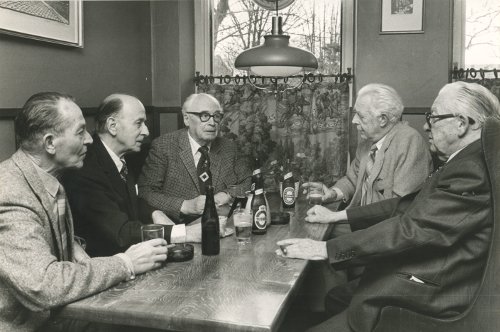 Gulmann and Madsen first learned of the Sewing Club’s heroic actions after having moved to Elsinore. The couple had been interested in the region’s general involvement in the rescue of the Danish Jews and had wanted to create an exhibition about it. They asked townspeople to share artifacts related to the miraculous event, and most of the material they received came from the Sewing Club’s surviving family members. (All the group’s members are since deceased, the last in 2001.) After the exhibition ran, Gulmann and Madsen felt compelled to tell the Sewing Club’s story.

Their book is insightful and well researched. It not only paints an intimate portrait of the rescuers and finely details their actions, but also shows just how instrumental the Danish population at large was in helping the Jews and the underground effort to save them.

In the opening pages, the events leading up to the rescue of the Danish Jews are concisely related. On September 28, 1943, a German diplomat to Denmark who is unsympathetic to the Nazis tips off a Danish politician that the Nazis are planning to round up the country’s Jews. The politician informs Denmark’s main rabbi, who tells his flock to flee and to spread the word. Nearly all Denmark’s 8,000 Jews, most of whom are living in Copenhagen, begin heading north to the coast. Once they arrive, fishermen begin ferrying them over a body of water called the Strait of Øresund to Sweden. 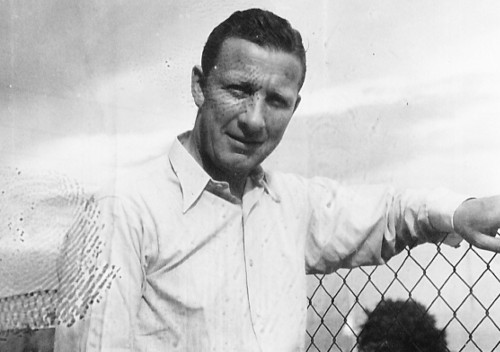 Erling Kiær, the group member who ferried hundreds of Jews to safety in Sweden.

So far so good. However, not all Jews have a hiding spot up near the coast or are able to connect with fishermen, so they begin hiding out in the forested areas near the Øresund, hoping to be helped.

It is at this particular point that our book begins in earnest, as members of the soon-to-be Sewing Club, who ultimately got to know each other through work, begin coming into contact with Jews. One particular event that the journalist Rønne experiences during these very early days of the rescue is critical to the book’s narrative, as it serves as a galvanizing moment and a moral foundation for the Sewing Club’s future actions.

On a beach near Elsinore, a Jewish family that is unable to find help commits suicide by taking cyanide. But at the critical moment, the father of the family is unable to go through with the act and police later find him wandering near the beach, completely devastated. Reporting on the disturbing tragedy, Rønne later writes in his diary: “Once you see such a horrible sight, you no longer think of the risk that comes with helping the Jews. The only thing that matters is: we must save as many as we can.”

From this point on, we’re off. We learn how each day for weeks, Kiær, the bookbinder, singlehandedly ferried dozens of Jews across the Øresund to safety and how members of the Sewing Club networked extensively with officials in Sweden to secure safer passage for the refugees. We learn how Larsen nearly died after being shot by Nazi auxiliaries during a mission and how Kiær was eventually captured by Nazi patrol boats and sent to a concentration camp. 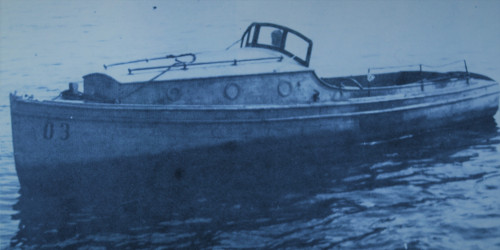 One of the three boats that the Elsinore Sewing Club
used during its four or so months in operation.

As the story unfolds, we see that the members of the Sewing Club would have never been able to accomplish the things they did without the help of the regular Danish citizenry.

For example, could the Sewing Club have succeeded to such an extent had the Danish Coastal Police not tipped them off on a nightly basis about the whereabouts of the Gestapo? Would the group’s transports have run so smoothly had Danish doctors not provided refugees with sedatives to quiet the crying babies? How about if officials at the Elsinore Port Authority had not forged a pilot’s license for Kiær?

The role that regular Danish people played in facilitating their Jews’ escape was tremendous.

Which begs the question, why? Why did the Danes offer so much help? It’s a question Gulmann and Madsen do tackle, but more explanations could have been presented. For example, in the book “Rescue of the Danish Jews: Moral Courage Under Stress,” Otto F. Kernberg, a preeminent professor of psychiatry at the University of Cornell, says that the Danes might have helped because they had had a “democratic society with few internal splits, with a humanistic ideology rooted in a sense of personal responsibility rather than in messianic generalities, with a sufficient absence of xenophobia and with requisite leadership.”

The late Samuel Abrahamsen, a former chairman of Judaic Studies at Brooklyn College, even suggests that the Scandinavian idea of “livskunst” may have played a role. “Livskunst” is the idea that everything in one’s environment deserves appreciation, from trees to the sun’s light to one’s fellow man.

In fact, of the group's rescue boats is on display at the United States Holocaust Memorial Museum. The 1993 ceremony to welcome the artifact was attended by Larsen and Rønne, by then the Sewing Club’s only surviving members. A quote from the speech Rønne gave at that ceremony is the note on which the book is closed. Discussing the Sewing Club’s motives for helping the Jews, Rønne told the crowd:

[Our] parents taught us to care about our fellow beings and our environment. ... Therefore, our contribution was the most natural thing in the world, so simple and straightforward, not at all heroic. We just did what we considered to be the right thing. And we would do it again today and tomorrow if necessary.”

Whose Child Are You?: The Story of Tswi Josef Herschel
The Japanese Everything Bagel Spice Recipe
How To Stock A Jewish Pantry Wherever You Live
Blessing on Chewing Gum
Comments
MOST POPULAR IN Holocaust Studies
Our privacy policy