Rosh Hashanah: Becoming the Person of Your Dreams 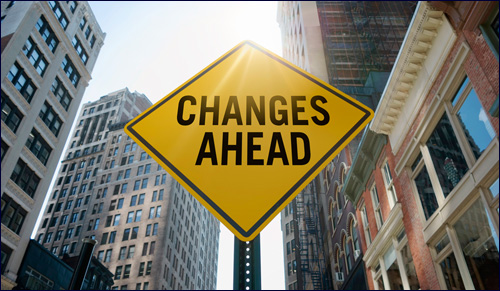 It’s no accident that on Rosh Hashanah Yosef goes from hopeless slave to powerful viceroy of Egypt.

In addition to the creation of the world1, some other significant events occurred on Rosh Hashanah, including Yosef’s freedom from prison2. (Accused falsely of a crime by his Egyptian master, Yosef spent several years in prison.) Understanding the connection Yosef’s freedom has with Rosh Hashanah will give us a new perspective about the holiday.

Yosef was Yaakov’s favorite son3, the oldest child of Yaakov’s favorite wife, Rachel. He was destined for leadership amongst the tribes and spiritual greatness, a prime player in bringing God’s message to all of humanity. Yosef’s unique status and destiny were even confirmed in his prophetic dreams, depicting that all of his brothers would bow down to him as a king.

However, at 17 years old, everything came crashing down around him. His brothers first plot to kill him. Convinced by Reuven to spare his life, they toss him deep into a pit (which unbeknownst to them was filled with snakes and scorpions.4) Ultimately the brothers resolve to sell him to a passing caravan to be taken into slavery in a far off land. His family had rejected him; his hopes were dashed; his aspirations for greatness had become quite distant. As far as he could tell, he would now live a life of slavery devoid of meaning.

As difficult as it is for Yosef to live as a slave, things get even worse. Falsely accused of assaulting his master’s wife, he is tossed into prison. For all Yosef knew, he would live the rest of his life languishing in his prison cell. The path to fulfillment of his hopes and dreams seemed to be lost5.

In one day, Yosef goes from the lowest point in his life to a high point of greatness.

Then, on Rosh Hashanah, a messenger arrives from Pharaoh to pull Yosef out of prison. Yosef suddenly finds himself standing before Pharaoh, one of the world’s most powerful kings. After interpreting Pharaoh’s dreams, Yosef is promoted to become Pharaoh’s second in command. He is given the royal signet ring, dons royal garments, and is accorded great honor as he rides in Pharaoh’s royal chariot. In one day, Rosh Hashanah, Yosef’s goes from being a hopeless slave and prisoner to powerful viceroy of Egypt. The fulfillment of his childhood dreams is no longer a distant fantasy but a near reality.

This same sudden change of direction can happen to us on Rosh Hashanah as well. Rosh Hashanah is a day designated for drastic changes. Every year, the world is refreshed and created anew on that very day6. God judges each creation and decides if and how it should be recreated for the coming year. This presents us with a golden opportunity. Since our creation is being refreshed on Rosh Hashanah, we can become different people than we were the previous year. With heartfelt prayer and repentance, God may recreate us without the challenges of our past.

Typically, we cannot expect to change so drastically overnight. However, special times on the calendar, such as Rosh Hashanah, bring us special Divine assistance that can supercharge our growth and bring us to new heights. For instance, someone who has a terrible temper can be recreated with a mechanism to control that temper, or as a more even-keeled person in control of his or her emotions. Nobody is bound to previous routines or challenges, but can become someone new

Our first step is serious self-reflection to determine the areas in which we would like to develop. (This is the main task of the month of Elul.) If we envision an ideal picture of ourselves, sincerely repent, and pray with full devotion on Rosh Hashanah, God may give us the tools we need to progress to become the person we envision.

If we commit to change and put in the requisite effort, over time we can sense how we have become renewed and transformed.

In our lives, just as Yosef, we have our own slaveries, imprisonments, and disillusionments. At times we fall prey to our own personality flaws, lose grip on relationships, and fall into despair. Can we break out of the rut and become the person of our dreams?

When these thoughts get us down, we need to remember the story of Yosef. On Rosh Hashanah, Yosef was lifted from the depths of despair to the heights of royalty. Seizing the power embedded in the day has the capacity to lift us from our struggles and transform us with a renewed idealism, power, and optimism that will carry us through the entire year.

1. Rosh Hashana 10b
2. See Bereishis 41
3. Bereishis 37:3
4. Shabbos 22a
5. Certainly, Yosef had full trust in G-d throughout all of his travails. Yosef is referred to as a baal bitachon, one who has immense faith in the Creator’s providence over the world (Bereishis Rabba 89:2). However, from an earthly perspective all seemed to be lost.
6. This is a concept of the Arizal and is discussed at length in Nesivos Shalom.

Rabbi Yitzchak Scher lives in Silver Spring, MD. He is a Rebbe at the Yeshiva of Greater Washington and well-known for his classes given throughout the community. He spends his summers in Fannettsburg, PA as the Rav of Camp Chaverim.

Two Sides to Every Desk: A Rosh Hashanah Parable

The Only Thing to Worry About on Rosh Hashanah
Blessing on Chewing Gum
Was Rahab a Prostitute?
Extras In Our Own Epic
Comments
MOST POPULAR IN The High Holidays
Our privacy policy