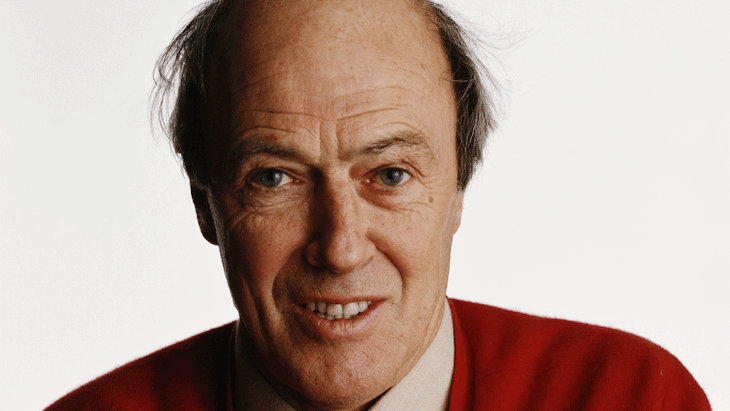 Roald Dahl’s family has apologized for the author’s anti-Semitism. Is it enough?

To say my family has had a rocky relationship with Roald Dahl’s stories is an understatement. Like their peers, my kids have read some of Dahl’s bestselling children’s books and watched some of the movies based on them. Charlie and the Chocolate Factory, The Witches, Mathilda – we’ve appreciated the writing and (at times) even the cruel-tinged humor. But we’ve always been keenly aware that Roald Dahl wouldn’t have returned our appreciation of his talent: he would have hated us for the simple fact that we are Jews.

“There is a trait in the Jewish character that does provoke animosity...even a stinker like Hitler didn’t just pick on them for no reason,” Dahl said in an interview in 1983. In 1990, just a few months before his death, he doubled down on his anti-Semitism, telling a journalist, “I am certainly anti-Israel, and I have become anti-Semitic.”

Now, the family of Roald Dahl – and the company managing his literary oeuvre – has issued an apology for the author’s anti-Jewish rhetoric. “The Dahl family and the Roald Dahl Story Company deeply apologise for the lasting and understandable hurt caused by some of Roald Dahl’s statements,” they posted on Dahl’s official website. The apology is welcome, but I doubt it can make up for the damage Dahl caused to generations of young readers who looked up to him and who were influenced by his caustic views and anti-Jewish statements.

Dahl is an example of a man who’s so overcome with bitterness and hatred that it warps his entire life.

For years, I’ve used Dahl as a cautionary tale with my kids: an example of a man who’s so overcome with bitterness and hatred that it warps his entire life.

Dahl had some very horrible experiences. His first wife was American actress Patricia Neal, with whom he had five children (and whom he later divorced). In 1960, their infant son Theo was severely injured in a car accident and sustained brain damage. Two years later, their seven-year-old daughter Olivia died from complications after a bout of measles. In 1965, Patricia suffered a series of strokes and became partly paralyzed and unable to talk. Dahl nursed her intensely through her recovery and lent his formidable intellect and his resources as a famous author to help support research into brain damage treatments, stroke recovery, and measles vaccines.

But he also responded to some of the tragedies with a coldness that characterized his cruel humor in many of his books. When his daughter Olivia was sick with the measles that would soon kill her, Dahl recalled that “we even teased her for her polka dots.” When his wife Patricia was unable to remember basic words after her stroke and would mistakenly say nonsense-sounding words instead, Dahl used these odd-sounding phrases for comic effect in his book The BFG: “...I suppose, yes, some of the trouble Pat had did work its way into The BFG. Yes, it must have,’ he later said. He spoke publicly about losing his Christian faith as a result of all these trials, and missing the comfort and hope that religion might have offered him.

Sometimes tragedy can help spur us to respond with growth, I’d tell my kids. Other times, we risk sinking into depression and despair. Dahl’s anti-Semitism, his hatred, his bitterness and even the cruelty that works its way into his humor in his books might stem from his inability to deal with the tragedies in his life, I’d suggest.

The hatred for Jews and Israel that Dahl displayed is even more baffling in light of his earlier understanding of the key importance of Israel as a homeland for the world’s Jews. Dahl fought in Britain’s Royal Air Force during World War II and spent time in present day Israel, where he came face to face with desperate Jewish child refugees. In his compelling non-fiction memoir Going Solo, he describes meeting refugees from Hitler’s Germany near Haifa, in northern Israel. After landing his plane, about fifty young children came out excitedly to look at it. The scores of children were being looked after by a German-Jewish couple. “But who are you and who are all these children?” Dahl asked the grown up. “We are Jewish refugees,” the man explained. “The children are all orphans. This is our home.”

After inviting Dahl into their small, basic shelter for coffee, the husband and Roald Dahl had a long conversation about the centrality of Israel in Jewish life, which Dahl was able to record word for word over forty years later. “You have a country to live in and it is called England,” the Jewish man told Dahl. “Therefore you have no problems.” Dahl responded in great anger, pointing out that England was fighting Germany in a war to the death. Didn’t this Jewish man care whether or not Hitler was defeated?

“Of course I care,” the Jewish man responded. “It is essential that Hitler be defeated. But that is only a matter of months and years. Historically, it will be a very short battle...My battle is one that has been going on since” ancient times.

“I still have a very clear picture of the inside of that hut and of the bearded man with the bright fiery eyes who kept talking to me in riddles,” Dahl wrote; “‘We need a homeland,’ the man was saying. ‘We need a country of our own. Even the Zulus have Zululand. But we have nothing.’”

“‘You mean the Jews have no country?’”

Dahl and the man spoke for hours, then Dahl took photos of the children and the land they were farming. In Going Solo, published in 1986, Dahl wrote “The name of that tiny settlement of Jewish orphans was Ramat David. It is written in my Log Book. Whether or not anything exists on the site today I do not know….”

If Dahl had only taken the time to investigate, he would have learned that Kibbutz Ramat David did indeed still exist in northern Israel then – and continues to flourish today. The kibbutz was established in 1926, named after former British Prime Minister David Lloyd George (who was in power when the Balfour Declaration, committing Britain to establishing a Jewish homeland, was issued.) If Dahl had wanted to, he might have even visited the kibbutz once more and possibly met some of those children, now grown, who might have remembered him and thanked him for his efforts in helping to defeat Nazism.

The Dahl family’s apology is of course welcome. But I can’t help but feel that it’s too little, too late.

But Dahl never made that journey – just as he never regained the innocence and optimism he seemingly had as a young man. “A life is made up of a great number of small incidents and a small number of great ones,” Dahl wrote in his introduction to Going Solo. Roald Dahl had a great many tragedies and horrible times in his life.

The acidity in his humor and the resentment against Jews and Israel that he outspokenly shared prevented us from embracing his works as favorites.

The Dahl family’s apology and that of the company controlling his books is of course welcome. But I can’t help but feel that it’s too little, too late. His family stated in their apology: “We just hope that, just as he did at his best, at his absolute worst Roald Dahl can help remind us of the lasting impact of words.” Those words – describing how he hated Jews – can never be erased. We can enjoy Dahl’s undisputed genius, but in our home we’ve never been able to enjoy his legacy.