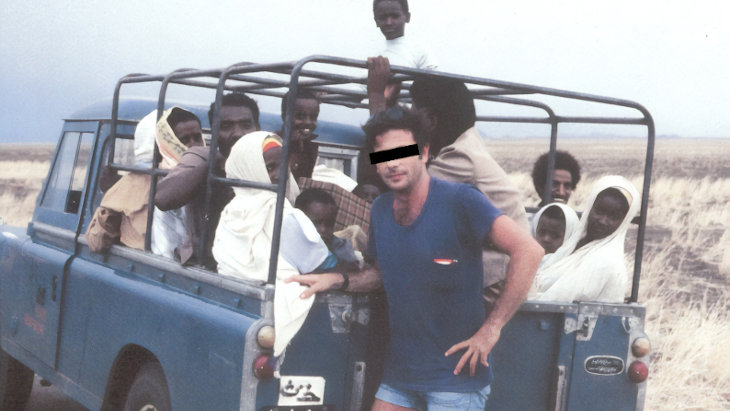 Far from being passive victims, it was the Ethiopian Jews' incredible heroism, sacrifice and steadfast commitment that enabled them to be saved.

Gunshots ring out, panic sets in, the black Jews are told to hurry – take only what they can carry and get out of the village as heavily armed troops close in. Terrified, the Jews are helped onto a waiting truck and whisked from immediate danger by white men – Israeli Jews from the Mossad, come to take them out. “We leave no one behind,” says one of their saviours, leaving the vehicle and leading the group across arid, sun-baked plains and mountainous terrain, all the way from Ethiopia to a safe-house in Sudan.

Such are the opening scenes which set the narrative in the Netflix movie “Red Sea Diving Resort” – a film which describes itself as “inspired by true events”. What it does not claim is that it is “based on” facts. (Whether it is a good or bad movie is for viewers to decide). 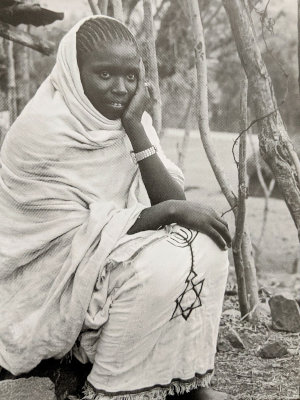 It is, by now, well known that around 30,000 Ethiopian Jews were spirited to Israel, in epic operations carried out by the Mossad and the Israel Defense Forces in the 1980s and early 1990s, in such legendary missions as Operation Moses and Solomon. It is also commonly understood that they were rescued – plucked from the brink of extinction – as civil war, drought and famine gripped northern Ethiopia, an appalling situation which pricked the world’s conscience and culminated with the historic Live Aid charity event watched by billions of people.

That the Jews were saved by Israel is unquestionable – but the conception, and all too often depiction, that they were “rescued” is not only dubious, but incorrect. There is a difference – and it is a big one. 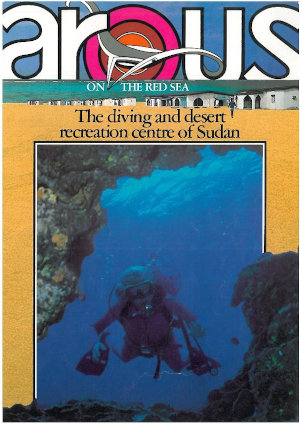 When I set out to write my book “Red Sea Spies: The True Story of Mossad’s Fake Holiday Resort” – the incredible tale of how Israeli agents smuggled Ethiopian Jews to Israel while using a bogus holiday village as cover – I laboured under the illusion that these “hapless” and endangered Jews owed their salvation entirely to the heroic actions of those carrying out the orders of then Prime Minister Menachem Begin to bring them to Israel. However, the more I researched and learned about this special community, the more I came to realize that they were not passive victims of circumstance whose destiny lay in the hands of the Israelis sent to retrieve them. On the contrary – had it not been for the heroism, sacrifice and single-mindedness of the Ethiopian Jews themselves, Moses, Solomon and the other operations of their kind would never have happened. Period.

As the Mossad commander who instigated and led the mission, Dani, told me in one of our many meetings: “It was like two big wheels, two strong wheels, actually met – one was the old Ethiopian Jews’ dream to go back to Zion and Jerusalem, and the other one was the Israeli Jews that came to help them fulfil this – it was the fusion of wheels that was the strength of this operation.” 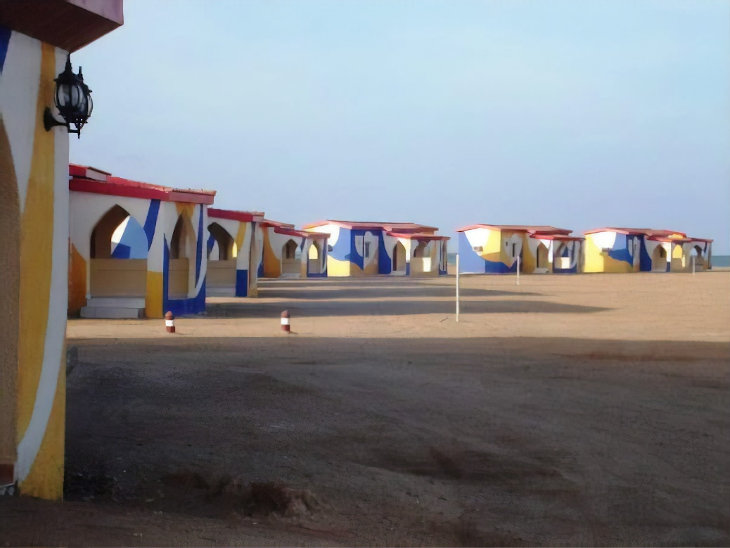 For centuries and even millennia, the longing to return to what they knew as the Land of Jerusalem was their life force. “Jerusalem” – a land they literally thought of as paved with gold and flowing with milk and honey – occupied their thoughts and prayers. Grandparents told grandchildren about a city which was Heaven on Earth, animals were shechted (the laws of kashrut were scrupulously observed, along with Shabbat and other tenets of the Jewish faith) in its direction and songs and poems were sung about it (“Shimela! Shimela!" Ethiopian Jewish children would sing on catching sight of a stork, as migrating musters headed to the Holy Land. "Agerachin Yerushalem dehena?" – "Stork! Stork! How is our country Jerusalem doing?")

In 1862, a first valiant but futile attempt was made to walk en masse to Jerusalem. Led by a spiritual leader (kes), Abba Mahari, thousands of Ethiopian Jews headed towards what they believed to be the Red Sea, but they failed to cross and many drowned trying. Years later, when the Ethiopian Jews were visited by scholar Josef Halevy (the first foreign Jew to find them), he wrote how the villagers paid little attention to him until he mentioned the word “Jerusalem,” whereupon they were seized by a burning curiosity and he was showered with questions about Mount Zion and the Temple (they did not know it had been destroyed, assuming the land was still under the occupation of the Romans).

Their immigration though was not encouraged, nor were they allowed to leave Ethiopia – then ruled by an anti-Zionist Marxist dictatorship – to go there. That all changed with the advent of Begin in 1977 and his instruction to the Mossad to do whatever it took to bring the Ethiopian Jews to the Jewish state. Getting them out of Ethiopia itself was an insurmountable challenge – the country was riven by conflict and its topography meant airlifts were out of the question. The Mossad was stuck for an answer, until the arrival of a cryptic letter from an Ethiopian Jew, wanted by the Ethiopian authorities for Zionist activity, who had run away to Sudan.

“Send me a[n airline] ticket,” it said. The name of the fugitive Jew was Ferede Aklum. Dani was sent to track him down (which incredibly he did, despite having nothing to go on), and the two of them hatched a plan to get more Ethiopian Jews to follow Ferede’s lead and come to Sudan, from where the Mossad would smuggle them out to Israel. Dani and Ferede got word back to Ferede’s village in the Ethiopian Highlands, and the first to respond were Ferede’s brothers, who made the journey without hesitation. When more villagers heard that a way was open to get to Israel, more followed – at first a handful, then a trickle, and ultimately a deluge. 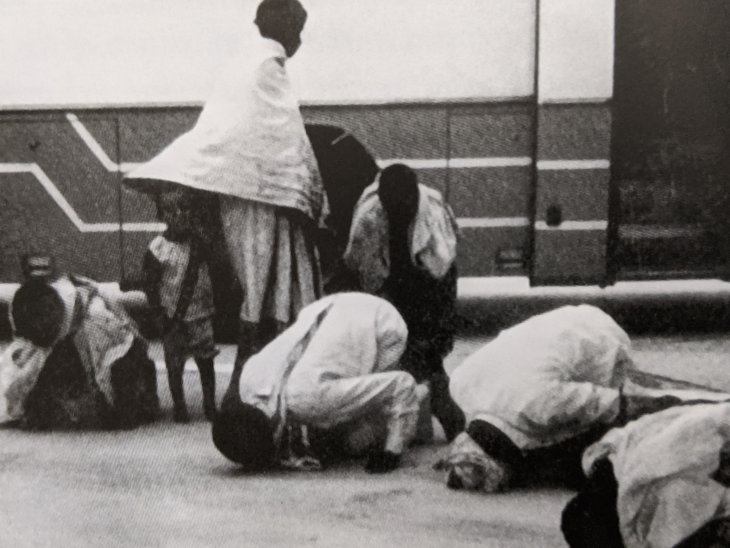 Village after village emptied, Jews leaving behind the family homes they had lived in for centuries as well as their way of life, for the sole purpose of going to Israel – and they risked their lives to do it. They travelled by foot – up and down mountains, through jungle, across rivers and over desert – men, women, children, the elderly and the infirm. They left quietly at night so as not to alert their Christian neighbours, who would have informed the authorities. On their way they were attacked by bandits and wild animals, and stalked by hunger and thirst.

The trek was hundreds of kilometres long and took weeks – in some cases, months. Some Jews were caught by Ethiopian soldiers patrolling the border with Sudan, arrested and sent back to where they started. Where they survived imprisonment, they just made the journey all over again.

It is said that when the Jews got to Sudan they kissed the ground, in the mistaken belief that they had made it to Jerusalem; in one case, where an elderly Ethiopian Jew eventually arrived at an absorption centre in Ashkelon following an airlift, he ingested mouthfuls of soil, overcome at finally being in the Holy Land. More than 1,500 Ethiopian Jews died in their effort to get to Israel, to return to their ancestral home and fulfil an ancient dream. No – the Ethiopian Jews were not passive, but very much agents of their own destiny, who took their fate in their own hands, and suffered greatly in doing so. 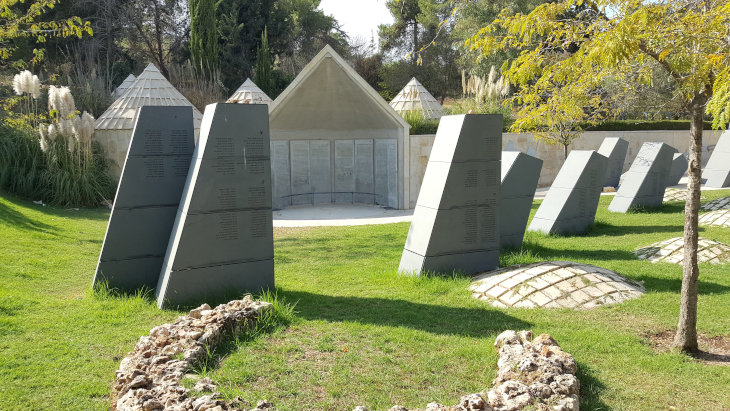 And they were incredibly brave, both those who made it out alive and those who did not. Not only did they put themselves through the most gruelling ordeal, but even after they had reached the camps, mothers sent their children, alone and into the unknown, to get smuggled out by the Mossad, because they knew it would save their lives, while they remained behind. 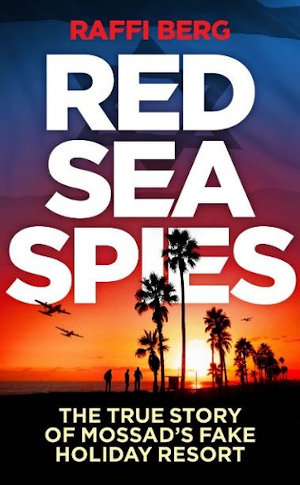 Every year, their odyssey and their sacrifices are remembered at a ceremony attended by the president, prime minister and other leading state figures, on an occasion known as Memorial Day for Ethiopian Jews who Perished on their Way to Israel. By law, it coincides with Yom Yerushalayim (Jerusalem Day), such is the level of its importance, and it is held on Mount Herzl, the resting place of the founding father of Zionism.

Where the Ethiopian Jews were rescued by the Mossad and IDF, it was from the refugee camps in Sudan where they languished in terrible conditions. The Israelis operating behind enemy lines to get them out of there were heroic, for sure; but no less so were the Ethiopian Jews themselves who paved the way which enabled the secret operations to happen. For this they deserve our utmost respect and deepest admiration, and for the sake of history the narrative ought to be correct.

“Red Sea Spies: The True Story of Mossad’s Fake Holiday Resort” (Icon Books), by Raffi Berg is released in the UK on 6 February, and in the US on 14 April.

Who Gets to Pray on the Temple Mount?
The Blue Beyond
Great Place to Live
Is Eating Supposed To Be Spiritual?
Comments
MOST POPULAR IN Israel
Our privacy policy