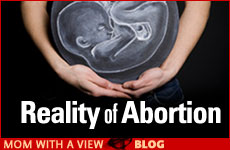 It’s unbearable to see some parents anxiously straining to hear a heartbeat, while others seek to still that beat forever.

There are certain types of hereditary cancers for which researchers have now isolated the problematic gene. This has major implications for the carriers of these genes – and their children. These children are at risk of being born with this cancer, and until this breakthrough the options for parents were very limited. But many parents now conceive a child, have the embryo tested, and abort if it is found to be diseased. Alternatively, they fertilize the eggs in vitro and only implant the healthy ones. They could, of course, carry the sick child to term and deal with the health implications upon birth.

From a Torah perspective, the decision would be made in consultation with a very knowledgeable rabbi.

I spoke recently to a doctor on the cutting edge of this therapy and he told me something interesting. Most of his patients initially choose the abortion method. It seems easier, slightly more natural, and few of them are bothered by religious or moral scruples. Yet when push comes to shove, they all discover that it is a much more painful choice than they had anticipated; a much more emotionally traumatic procedure than expected. In the next round, they all ended up opting for in vitro instead.

It was with this in mind that I read Ross Douthat’s recent (01/03/11) piece in the New York Times, “The Unborn Paradox.” He suggests that, as liberal as everyone claims to be, abortion rarely makes it onto TV or movies. We don’t really want to confront the reality of it. They’re not as comfortable with the idea as they pretend to be, nor as blasé or sanguine as they tell their friends. I think that’s why we use words like fetus instead of baby – when it’s a desired pregnancy, it’s a baby almost immediately. And why we say “terminate the pregnancy” instead of the “kill the…” (Am I letting my emotions show?)

Even in last week’s MTV breakthrough reality show – which apparently dealt with the topic and is cited by Mr. Douthat – the experience is agonizing. The show’s title, “No Easy Decision,” highlights the disparity between the reality of what happens and the cavalier attitude society encourages us to share.

Worst of all, it seems there are many, many parents anxious to adopt these babies – were they only carried to term. People are spending a fortune at fertility clinics, desperately trying to conceive a child, while one in five mothers in the United States is destroying theirs.

Perhaps Mr. Douthat’s piece will be a wake-up call. Perhaps we will finally recognize the hurt we are causing, and how unnecessarily. Perhaps we can reverse or stem the tide.

It’s unbearable to see some parents anxiously straining to hear a heartbeat, while others seek to still that beat forever.

We protect ourselves through the aforementioned euphemisms. We pretend it’s all poor, single, teenage parents. We rationalize that what we’re doing is “better” for the child (while thanking our lucky stars that our own parents didn’t feel that way).

But it seems that MTV (of all places) has stripped away the glossy façade, courageously facing the issue without flinching.

One Drink Too Many: My Journey of Breaking Free from Alcohol
The Scandalous History of the Aleppo Codex
Who was Two-Gun Cohen?
Why Really Everyone Believes in Free Will
Should Jews Support Ukraine?
The Jews of Cuba
Comments
MOST POPULAR IN Mom with a View
Our privacy policy