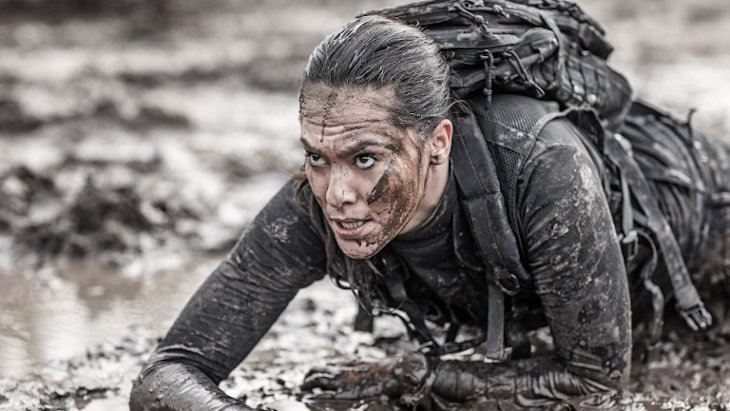 Rabbi Akiva’s life story destroys common misconceptions about what it takes to succeed.

I sometimes find myself getting sucked into the American get-rich-quick mentality and assuming that aptitude, favorable genetics, and good environmental conditions are factors that determine one’s level of success in life. Rabbi Akiva’s life story destroys common misconceptions about what it takes to succeed.

Rabbi Akiva was one of the greatest Torah leaders who ever lived and served as a key link in the oral tradition stretching back to Moses. Rabbi Akiva’s rise to greatness was anything but typical; his narrative doesn’t point to someone born to a privileged background or an individual gifted with obvious brilliance.

Rabbi Akiva had so many factors working against his favor, he could have easily adopted a “victim mentality” and given up even before he tried. Here are some things that could have stopped him from reaching his full potential:

1. He knew too little

While we might assume that Rabbi Akiva was born into a family with a great lineage of Rabbis, he was, in fact, the son of a convert to Judaism who was unfortunately unable to provide him with a basic Jewish education. Before Rabbi Akiva began studying, he worked as a shepherd and didn’t know how to read Hebrew.

At the mature age of 40 – well after the official window of language learning and reading closes – Rabbi Akiva joined a class of small school children to learn the Hebrew Aleph Bet.

While Rabbi Akiva found absorbing a new curriculum, language, and perspective at his age discouraging, he persevered. The midrash tells us that one day Rabbi Akiva passed by a well and noticed a rock nearby with a hole in it. When he asked the people there how the rock got a hole, they answered that the water dripping from the well eventually eroded part of the rock. When Rabbi Akiva heard this he became encouraged and said: “If soft water can penetrate a hard rock, then Torah learning can also penetrate my heart of stone.”

Rabbi Akiva and his righteous wife Rachel suffered from dire poverty. When Rachel’s wealthy and scholarly father heard that Rachel chose to marry an ignoramus among tens of other suitable mates – Rachel, in her wisdom, intuited Rabbi Akiva’s latent potential – he disowned Rachel and refused to give the young couple any financial support. They lacked basic necessities and Rachel cut and sold her hair so that Rabbi Akiva would be able to continue to learn.

Unlike the typical image of the hero who rose to sudden glory and fame through one courageous act, Rabbi Akiva’s journey of upward growth was gradual. Only after 24 years of intense Torah study did he gain renown as a Torah leader and amass a following of 24,000 followers and star pupils.

Rabbi Akiva was already in his old age and, like a Mt. Everest climber, stood at the breathtaking summit following an arduous journey. Then suddenly, tragedy struck and every one of his students perished in a plague. While anyone of lower stature would have understandably thrown up his arms and say, “That’s it God, I tried,” Rabbi Akiva didn’t let this enormous setback discourage him. He got up and started teaching again from scratch. Rabbi Akiva gained another five students, one who was the famed Rabbi Shimon Bar Yochai who revealed the hidden parts of the Torah. These five students became the future leaders and transmitters of Torah to the Jewish people.

Rabbi Akiva possessed the quality of grit in spades and that helped fuel his achievements.

Angela Duckworth documents in her bestseller Grit: The Power of Passion and Perseverance how grit predicts long-term success in nearly every realm of life. A passion for one’s goal, perseverance, determination and how one chooses to respond to failure – all these trump talent, IQ level, and favorable environmental conditions. The great Rabbi Akiva is a testimony to the power of human will over all obstacles.

Counting to Shavuot: Achieving the Impossible
How I Learned to Love the Multiverse
10 Big Jewish Inventions
A Journey through Jewish Sicily
Comments