Queen Shlomtzion: In the Spirit of the Maccabees 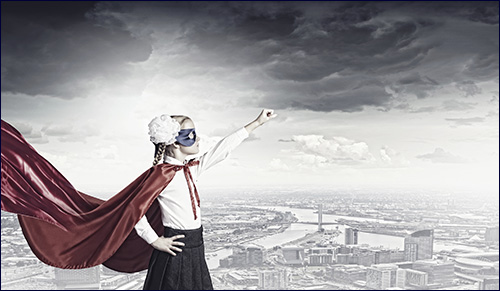 Another instance in Jewish history when a woman saves the day.

Throughout history victory has been achieved by different means. The Maccabees arose and declared revolt which was their only option in the face of Antiochus and his Hellenist supporters. There are also times when the fighter quietly operates from behind the scenes to achieve that same elusive victory. Reminiscent of Queen Esther of Persia, there was another Jewish queen whose presence also profoundly impacted the Jewish People. Her name was Shlomtzion, also known as Shlomit Aleksandra.

Shlomtzion, married the Chashmonai, Judah Aristoblus, the son of John Hyrkanus. Arisoblus soon passed away and in accordance with Jewish tradition, Shlomtzion married his brother Alexander Yannai who soon rose to the throne.

It is an irony of Jewish history that some of the very descendants of the Maccabees, who risked all to restore Jewish observance to Judea, sought to undermine those very traditions. The lure of power can be very corrupting. One ruler in particular, Alexander Yannai, the son of John Hyrkanus and grandson of the Maccabbee, Simon, was a adherent of the sect known as the Sadducees, which rejected the leadership of the bearers of Jewish tradition, and he displayed cruelty and ruthlessness to his people as he sought to diminish their authority. Yannai became their enforcer.

During one Sukkot holiday, Yannai instigated a slaughter by publicly violating a Rabbinic tradition in the Temple and spilling libation water on his feet rather than upon the sacrificial altar. The people spontaneously reacted by tossing etrogs at the king which resulted in the massacre of six thousand innocents around the vicinity of the Temple. A brutal civil war ensued. Yannai then sought to eliminate most of the rabbinic leaders, whom he perceived as his rivals, by having them summarily executed. One of those who fled to Alexandria Egypt was the famed sage, Yehudah ben Tabbai. Yannai also replaced the supreme legislative body, the Sanhedrin, with Sadducee judges.

Would authentic Torah Judaism be undermined? The dangers posed by Yannai were severe.

As Mordechai bid Queen Esther in ancient Persia to act on behalf of her people in the face of Haman’s decree, Shlomtzion was also in a situation where she could avert the dangers to her people. She had to act, but also to tread lightly. Her husband was volatile and brutal. She too would likely be imperiled if she angered him.

Among those Rabbis who fled for safety was the leading sage of the generation, Shimon ben Shetach, the head of the Sanhedrin, who also happened to be Shlomtzion’s own brother. The queen who had personally hid her brother sought to find the right moment to prevail upon the king to allow the sage to return. The Talmud relates that one day when the royal couple were dinning with the king’s court, Yannai sought to find someone who could lead the blessings following the meal. But no one was to be found since the Rabbis were executed or had fled. The queen seized the moment and told him, “Swear that if I bring such a person, you will not persecute him.” (Berachot 48a)

At the queen’s behest, Shimon ben Shetach was allowed to come out of hiding. The Rabbi along with the queen, managed to have other sages whom had fled to Egypt brought back as well. He also managed to have sages restored to positions in the Sanhedrin by posing questions to Sadducees judges which they could not answer. The book Megilat Ta’anit designates the date, the 28th day of the month of Tevet as a day of rejoicing for the restoration of the Sanhedrin.

On his death bed, as his 27 year reign was coming to an end, Yannai gave the reigns of the throne to his wife. He even advised her to put her authority into the hands of the Sages. He knew that the nation’s sympathies were with them and that they would embrace her leadership as well. Thus, her kingdom would be secure. That was already part of her plan.

The ten year reign of Shlomtzion (76-67 BCE) was one of peace and prosperity in Judea. Shlomtzion further secured the nation by strengthening the border towns of Judea, and she strengthened the nation from within. The queen, along with her brother, endeavored to further restore the Torah institutions in the land. They raised the level of Jewish education by employing revolutionary changes in the system. Shimon ben Shetach established a system of Yeshivas in larger cities where young men would be beneficiaries of a strong Jewish education. In prior eras, such instruction was generally was sole responsibility of the father.

The Talmud states that Shimon ben Shetach restored the crown to the Torah. (Kiddushin 66a) Amid that era of oppression, he influenced his generation and the ones to follow. By his side was his unwavering sister, the queen, who had a hand in the dramatic turnaround in Judea by carefully influencing her husband. It was an era where the Jewish nation grew spiritually. These were good times. The calm before the coming storms of renewed infighting after the queen’s death, between her sons Aristobolus and Hyrkanus.

During Shlomtzion’s rule the Talmud states that grains of wheat grew to the size of kidneys, and barley as large as olive pits (Taanit 23a). The immense productivity of the land was a Divine sign of the queen’s righteousness and that of her rule.

Like the flames of the Menorah which remained kindled for eight days from one flask during the miraculous liberation of the Temple by the Maccabees, so too this miracle represented victory in the face of adversity. Two miraculous victories among so many that comprise the amazing survival of the Jewish people over the millennium. The Maccabees and Shlomtzion both helped keep the flame of Torah alive.

Larry Domnitch is the author of 'The Cantonists: The Jewish Children's Army of the Czar', recently released by Devora Publishing.