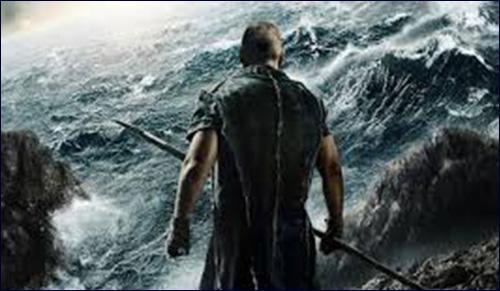 The film Noah has been banned by some Islamic authorities for depicting a prophet of God. What is the Jewish view of prophecy?

In our Twitter world, prophecy is not a topic that gets much traction these days. Yet with the upcoming release of Darren Aronofsky's motion picture Noah, prophecy has become headline news. The highest authority of Sunni Islam, Cairo's Al-Azhar, has issued a fatwa (religious injunction) against the film, which has been banned in Qatar, Bahrain and the United Arab Emirates for “depicting the messengers and prophets of God.”

What is prophecy and how many biblical-era prophets were there after all?

The Talmud says that Israel generated 1.2 million prophets (!) over the roughly 900-year period of the two Holy Temples. At that time there were entire academies dedicated to helping men and women cross the spiritual threshold – affording them access to knowledge and information in a manner that appeared to be supernatural.

The recorded works of 48 of these people were preserved for posterity in the Hebrew Bible while the rest were lost in the sands of time. What was the method employed by these individuals, and how might we benefit, even now, from their accomplishments and insights?

Prophecy is available to anyone regardless of age, gender or religion.

According to Maimonides, there are 11 types of prophecy – ranging from a simple Divine inspiration called Ruach haKodesh (“holy spirit”) to the singular instance of the "face-to-face" communication that Moses experienced. This experience (not the Moses kind) is available to anyone regardless of age, gender or religion, as Maimonides wrote, "A prophet is believed because of what he says, not for reasons of lineage."

Contrary to popular conception, these prophets and their prophetic states were not conferred randomly but were rather the result of years of strenuous preparation, effort and guidance (followed by formal testing and licensure). Maimonides again:

The spirit of prophecy only rests upon the wise – on those who are distinguished by great wisdom and strong moral character, whose passions never overcome them in anything whatsoever, but who by their rational faculty always have their passions under control and possess broad and calm minds.

Therein lies the essential reason why most people are unable to have the mildest of prophetic exposure – or often even a smidgen of spiritual awareness. Specifically, while our generation may have fantastic intelligence, it is deficient in wisdom. Wisdom is a complex mélange of knowledge, sensibility, experience and good decision-making. It requires patience, foresight, maturity and a willingness to endure delayed gratification. Wisdom is the long game orphaned in the land of short attention spans. Our societal lack of wisdom is like metaphysical arterial plaque, constricting the flow of our potential consciousness.

Our lack of emotional discipline is the other major hurdle. Most people careen from one emotional state to the other – alternatively buoyed and cast down by the events occurring around them.

Prophecy requires a kind of emotional immunity in which the prophet comes to accept and embrace all that takes place as a reflection of the inherent goodness of the Creator and His world. He or she does not fret, complain, overreact, yell, become jealous or sulk. They are people of unimpeachable character whose primary motivation is to serve humanity and its material, social and spiritual needs. Those who have not evolved past these restrictive states of consciousness (present company included) cannot expect to fully avail themselves of the benefits of the prophetic encounter.

At their root, each negative emotion is an expression of the ego – a desire to get what we want when we want it. It stands to reason that while we are occupied with looking intently at ourselves and our wants, it's unlikely that we can connect to something other than ourselves. Yet that is the specific task of one who comes to seek the higher planes – and the reason that it takes so much time and effort.

Yet Judaism maintains that the task is eminently doable. As Rabbi Eli Haddad has written:

Prophecy is not only a universal phenomenon; it is a natural phenomenon. Any person having the right qualities and skills, who directs his efforts towards this end, will presumably attain prophecy.

The 18th-century Italian master kabbalist Moshe Chaim Luzzatto (based on a Talmudic teaching) penned a nine-step system for training oneself in prophecy, called Path of the Just. Absent from its pages are meditations, dietary practices, desert seclusion and other real or imagined efforts of enlightenment. Its only advice involves unceasing striving for moral and ethical perfection.

As each step is attained, the debilitating grip of many of the petty, small and self-indulgent aspects of our world and ourselves are loosened. As that happens, we become, for the first time, free beings. Free of our slavish obsession for accolades and recognition; free of our need to judge and critique others; free of our fears and anxiety.

As William Blake famously wrote, "If the doors of perception were cleansed, everything would appear to man as it is, Infinite. For man has closed himself up, till he sees all things thro' narrow chinks of his cavern."

Unfortunately, there are no shortcuts out of the cave.

Step one of the process is to conduct an extensive survey of our own traits and actions to see where we are falling short. Daily times for accounting must be set and treated as seriously as the business dealings of "the great merchants."

Without awareness of shortcomings, there can be no improvement.

Many people are very clear as to what their business priorities are, and are even able to plan for decades down the road. Yet how many of us have considered who, from a moral and spiritual perspective, we would like to be in 10 or 20 years? Most people who take on this discipline are surprised by the volume of questionable habits and traits they uncover, yet the efforts are as valuable as they may be discomfiting – as obviously without awareness there can be no improvement. Once complete, the practitioner begins to work on ending these bad habits.

The second step is to examine all that we do which is right, but which nonetheless contains an admixture of less than altruistic motivation. Do we give charity for recognition and to assuage our minds, or out of pure empathy for the downtrodden? Are we complimentary to others to manipulate them for personal gain, or because we want them to feel good about themselves?

At this stage we attempt to root out the last vestiges of ego and negativity from all that we do. There are seven steps beyond this one and it's not hard to imagine (based on the first two) that stage nine is exceedingly lofty. At that stage the material world and all of its constricting negativity have no effect on us. We have neither need nor desire for it, and in some sense are already more spiritual than physical. At that moment the adherent has crossed the divide.

So while the words of the prophets are in all likelihood not written on the subway walls, those of us in modern times who desire a taste of the next world while immersed in this one, the path lays open before us. And the first step is toward ourselves.

Did You Ask A Good Question Today?

How the Torah Revolutionized Political Thought

Myth: Religious Jews have Sex through a Hole in a Sheet

Leaving the Comfort Zone
Would You Rather Be Right or Happy?
Korach’s Unique Punishment
Who Was Josephus? The Controversial Backstory of the Famed Historian
Comments
MOST POPULAR IN Spirituality
Our privacy policy