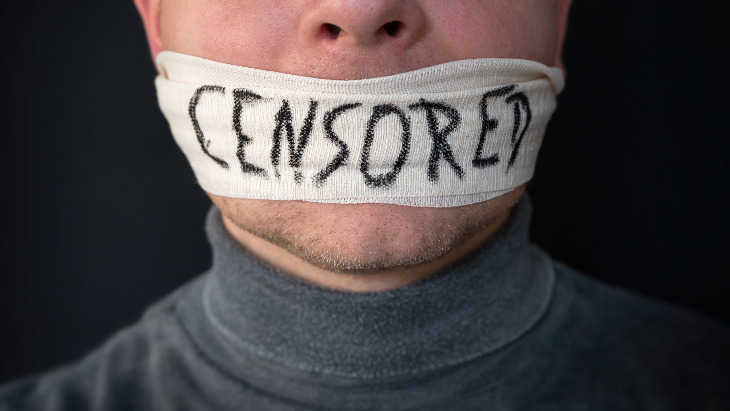 An 1860 speech by Frederick Douglass, a leader of the abolitionist movement, takes on cancel culture.

I was fortunate enough to attend college in the 1970s, when it was still taken for granted that campuses were meant to be robust marketplaces of ideas and that the clash of opinions was essential to the search for truth. During my years at George Washington University, students could and did attend speeches by guest speakers from across the political spectrum – from liberal Democrats like Eugene McCarthy to conservative Republicans like Trent Lott, from hard-core leftists like Amiri Baraka to fierce anticommunists like Vladimir Bukovsky. Politically unpopular points of view were not silenced by ideological mobs. Left-wing protesters didn’t disrupt right-wing presentation – or vice versa. No one demanded that guest speakers be disinvited because their message was politically incorrect or apt to offend some of their listeners.

Now, of course, everything is different. Woke intolerance has turned far too many campuses into fortresses of censored opinion and strangled dissent. At one university after another, invited speakers (typically right of center, though not always) have been harassed or shouted down by agitators, with school administrators too often doing nothing to defend the speakers’ right to be heard.

#Woke intolerance has turned far too many campuses into fortresses of censored opinion and strangled dissent.

Happily, free speech still has its defenders, and more of them are pushing back. Among the most important organizations supporting open debate and the sanctity of conscience on campus is the Foundation for Individual Rights in Education, which was founded in 1999 by Boston’s noted civil liberties attorney Harvey Silverglate and University of Pennsylvania history professor Alan Charles Kors. This month, a new organization entered the arena. The Academic Freedom Alliance comprises several hundred scholars committed to unimpeded discourse and the right of scholars to pursue truth and knowledge without being penalized. Among its founding members are Steven Pinker, Cornel West, Randall Kennedy, Keith Whittington, Yascha Mounk, and Robert George – a left-right lineup of intellectual power hitters who vow to “counteract pressures on employers to take actions against employees whose views, statements, or teachings they may disapprove or dislike.”

In an essay heralding the AFA’s founding, Lucas E. Morel, a scholar of constitutional law and black American politics at Washington and Lee University, harkens back to one of the most significant defenses of free speech in American history. It was delivered by Frederick Douglass in Boston on Dec. 9, 1860. Just six days earlier, a mob had disrupted and prevented Douglass and other antislavery activists from gathering at Boston’s Music Hall for a program titled “How Can American Slavery be Abolished?” Animosity toward abolitionists was as rampant among many Americans then, even in Boston, as animosity toward conservatives has become today.

The thugs who invaded Music Hall got what they wanted. Douglass and the others were prevented from speaking. The police, having completely failed to protect the right of the organizers to hold their event, eventually intervened to clear the auditorium. The near-riot made news far beyond Boston. In the New York Tribune, a report on the outrage was headlined: “Freedom of Speech Violated in Boston.” 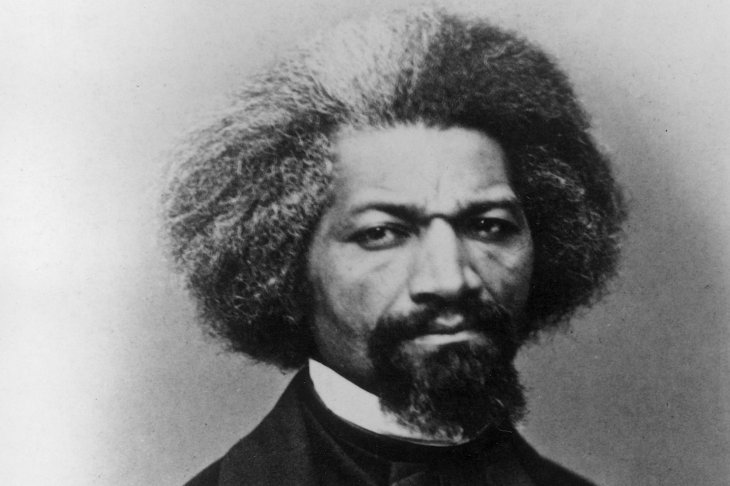 As Morel writes, the right to speak was no mere abstraction for Douglass. “He and other abolitionists routinely faced ruffians, even in New England, who tried to shut down their rallies.” Could he peer into our era, what would he think to see “colleges, which should be promoting knowledge through robust protection for diversity of thought, instead allowing the harassment and de-platforming of invited speakers”?

I am embarrassed to confess that I hadn’t previously known of Douglass’s powerful remarks in Boston. More than a century and a half after they were first delivered, they are as relevant and vital as ever.

“Boston is a great city and Music Hall has a fame almost as extensive as that of Boston. Nowhere more than here have the principles of human freedom been expounded,” Douglass began.

And yet, even here, in Boston, the moral atmosphere is dark and heavy. The principles of human liberty . . . find but limited support in this hour of trial. The world moves slowly, and Boston is much like the world. We thought the principle of free speech was an accomplished fact. Here, if nowhere else, we thought the right of the people to assemble and to express their opinion was secure. . . .

But here we are today contending for what we thought we gained years ago. The mortifying and disgraceful fact stares us in the face, that though Faneuil Hall and Bunker Hill Monument stand, freedom of speech is struck down. No lengthy detail of facts is needed. They are already notorious; far more so than will be wished ten years hence.

The world knows that last Monday a meeting assembled to discuss the question “How shall slavery be abolished?” The world also knows that that meeting was invaded, insulted, captured by a mob of gentlemen, and thereafter broken up and dispersed by the order of the mayor, who refused to protect it, though called upon to do so.

Douglass emphasized that the abolitionist meeting had been invaded not by lowlifes, but by “gentlemen” – by people who proclaimed “their respect for the law . . . while in the very act of breaking the law.” Then came his ringing defense of free speech – especially speech that goes against the interest of those in power and those with the most influence:

No right was deemed by the fathers of the Government more sacred than the right of speech. It was in their eyes, as in the eyes of all thoughtful men, the great moral renovator of society and government. Daniel Webster called it a homebred right, a fireside privilege. Liberty is meaningless where the right to utter one’s thoughts and opinions has ceased to exist. That, of all rights, is the dread of tyrants. It is the right which they first of all strike down. They know its power. Thrones, dominions, principalities, and powers, founded in injustice and wrong, are sure to tremble, if men are allowed to reason of righteousness, temperance, and of a judgment to come in their presence. Slavery cannot tolerate free speech. Five years of its exercise would banish the auction block and break every chain in the South. They will have none of it there, for they have the power. But shall it be so here?

As would be true of Martin Luther King Jr. and the civil rights protesters in Birmingham a century later, Douglass and the abolitionists in Boston were told that they were at fault for riling up opposition and not waiting more patiently to press their case against slavery. “We hear . . . voices,” Douglass said, “deprecating and regretting the holding of such a meeting, by such men, at such a time. We are told that the meeting was ill-timed, and the parties to it unwise.” He was astonished that in Boston, of all places, such an unworthy objection would be raised, especially in the wake of the mob’s anti-free-speech assault:

Are we, at such a time, when a great principle has been struck down, to quench the moral indignation which the deed excites by casting reflections upon those on whose persons the outrage has been committed? After all the arguments for liberty to which Boston has listened for more than a quarter of a century, has she yet to learn that the time to assert a right is the time when the right itself is called in question, and that the men of all others to assert it are the men to whom the right has been denied?

It would be no vindication of the right of speech to prove that certain gentlemen of great distinction, eminent for their learning and ability, are allowed to freely express their opinions on all subjects – including the subject of slavery. Such a “vindication” . . . would add insult to injury. Not even an old-fashioned abolition meeting could vindicate that right in Boston just now. There can be no right of speech where any man, however lifted up, or however humble, however young, or however old, is overawed by force, and compelled to suppress his honest sentiments.

Equally clear is the right to hear. To suppress free speech is a double wrong. It violates the rights of the hearer as well as those of the speaker. It is just as criminal to rob a man of his right to speak and hear as it would be to rob him of his money. I have no doubt that Boston will vindicate this right. But in order to do so, there must be no concessions to the enemy. When a man is allowed to speak because he is rich and powerful, it aggravates the crime of denying the right to the poor and humble.

The principle must rest upon its own proper basis. And until the right is accorded to the humblest as freely as to the most exalted citizen, the government of Boston is but an empty name, and its freedom a mockery.

Alas, it is still the case that in Boston and elsewhere, authorities are only too quick to ride roughshod over the free-speech rights of disfavored minorities. On too many college campuses, in too many media outlets, among too many public officials, the robust marketplace of ideas that seemed secure a couple decades ago is again under assault. In our age, as in every age, the case for freedom of speech – which includes, as Douglass said, “the right to hear” – needs to be regularly re-asserted.

Douglass’s words ought to be publicly proclaimed every year: “There can be no right of speech where any man, however lifted up, or however humble, however young, or however old, is overawed by force, and compelled to suppress his honest sentiments.” It is an awful thing, the way fear of speech has come to replace freedom of speech in so much of American life. But the battle isn’t lost yet. Free speech, thank goodness, still has its champions. Here’s hoping for great things from the American Freedom Alliance and for the ultimate defeat of our contemporary McCarthyists.

This article originally appeared in Jeff Jacoby's weekly newsletter, Arguable, which is sponsored by the Boston Globe.

Bar Mitzvah Motivators
It Takes A Lot Of Faith To Be An Atheist
How Instagram Brought Back This Nostalgic Soup
What Makes Eli Run?
Comments
MOST POPULAR IN Current Issues
Our privacy policy