On Sunday the Rabbi Disappeared 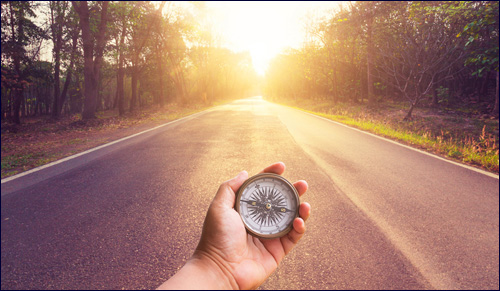 With no money or phone, for a few days Rabbi Ilan Feldman slipped off the grid to experience a nomad’s life.

Rabbi Ilan Feldman, spiritual leader of Congregation Beth Jacob in Atlanta and son of renowned rabbi and author Emanuel Feldman, had always lived in the public eye. What would it be like, he wondered, to shed those personas and slip off the grid?

Then Rabbi Feldman found himself with the opportunity to take several days off. His wife, principal of a Bais Yaakov high school for girls, had graduation coming up and couldn’t leave work. So he had breakfast with a friend, David, a philosophy student who calls himself a curious explorer, to talk about possibilities. “With David’s help I decided to go to an unknown destination with nothing from my past. My whole life I’ve had an identity assigned to me. I wanted to find out how people would relate to me and how I would relate to them if they didn’t know I was a rabbi, a rabbi’s son or that I was Jewish. This to me was the ultimate escape.”

David booked a ticket to a destination that would be revealed to Rabbi Feldman only at the airport. He also provided envelopes with a series of daily challenges to stretch the rabbi’s notion of what he was capable of.

Rabbi Feldman’s wife agreed to the idea on one condition: no hitchhiking. 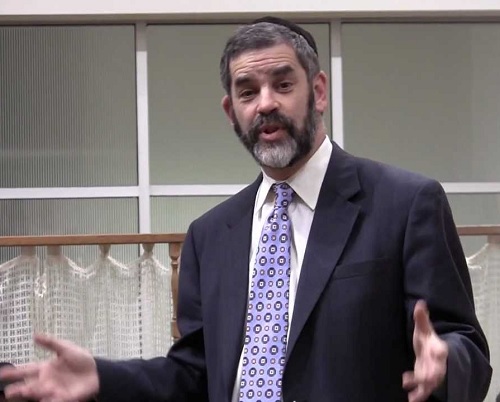 “This took a lot of courage for her,” Rabbi Feldman emphasizes. “Her openness allowed this to happen. Even though she was very worried about my safety, she saw there was great potential here.”

He didn’t take a cell phone or money in his backpack. He took only his tallit, tefillin, a tiny Shulchan Aruch (Code of Jewish Law), a compass to know what direction to face when praying, and a bathing suit in case he ended up sleeping near a river. Rabbi Feldman set up a way for his wife and synagogue staff to communicate with him in case of emergency. He would check his voicemail when he could find a pay phone or borrow a cell phone.

He felt both excited and apprehensive. Where was he going to sleep? What was he going to eat? How was he going to get around? When he arrived at the airport the Sunday after Shavuot, after officiating at a funeral, a wedding and an unveiling, he discovered that he was on his way to Buffalo, New York. Wearing a fisherman’s cap, cargo pants, an Atlanta Falcons T-shirt and a backpack, Rabbi Ilan Feldman disappeared.

Upon his arrival in Buffalo he felt a tremendous sense of loneliness. No one knew him. The only way to get help would be to approach total strangers. To make matters worse, some Orthodox Jews were deplaning from another flight but he couldn’t reveal his identity and seek their assistance.

Could I sleep on your couch tonight?

From across the terminal two heavily tattooed men called out, “You don’t look like you know where you’re going.”

“Actually I don’t,” Rabbi Feldman replied. “Could I sleep on your couch tonight?”

The strangers deferred. “We’re here to pick up 10 nieces and nephews and don’t have any room in the house. But at least let us give you a couple of bucks.”

Rabbi Feldman relied on the courtesy of another stranger by borrowing her cell phone to call his wife and let her know where he was. Then the stranger provided $6 for him to buy himself dinner.

A bus dispatcher directed him to a park where he could sleep and be safe. Nearby Rabbi Feldman saw a lake house all lit up. He opted to bunk down on the porch but first had to recite Maariv, the evening prayer. “I felt like our forefather Jacob who was all alone in the dark and penniless. Jacob was the one who established the Maariv service.”

The rabbi opened his eyes and saw something hanging off a tree. It was an abandoned leather jacket. He wondered how many jackets were hanging on trees in the entire world at that moment. He put on the jacket, looked up and said, “Thank You,” feeling swaddled by God. Then he went to sleep. 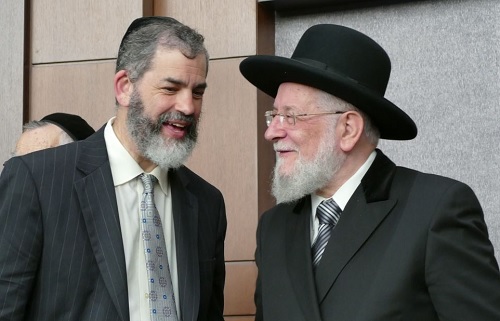 Awoken in the pre-dawn hours by a couple walking around the lake, he found himself desperately longing to connect to civilization. He walked to a gas station and bought a cup of coffee, then went to a nearby restaurant and offered to clean and vacuum for only $1 an hour. The restaurant crew said they didn’t have authorization to hire him.

At the sound of birds chirping, the rabbi realized it was almost sunrise. He turned to go wash his hands in the lake and say the morning prayers when a restaurant worker with a white kerchief ran toward him. “Sir, we took up a collection in the restaurant for you,” and presented him with $12. With money in his pocket, he went to Starbucks to buy himself a cup of coffee. As he sat on a bench a gang war broke out around him. Fortunately both groups were ignoring the incognito rabbi. Meanwhile, he was asking himself, “What are you doing here? This is crazy.”

Throughout the trip he was buoyed by the kindness of strangers, with rides, food and conversation. Even though he remained anonymous, he still felt shame asking people he’d never see again for help.

He accomplished many of the challenges David had laid for him, from walking barefoot in the rain to having conversations with people who followed a different religion and to learn from them a song about God.

“I discovered that you can have total joy in some of the weirdest circumstances,” Rabbi Feldman said. “It all depends on how you frame it.”

His experiences provided a different lens for viewing abundance. A cabbie tipped him off about a free food fair where the rabbi found fruit and kosher cereal among the offerings.

"I was just amazed. I didn’t look hungry. I wasn’t expressing hunger. Out of nowhere the guy said there’s free food below the passenger level. It was an Amtrak health fair. I felt once again Hashem was directing me to what I needed, even though I didn’t in any way take any actions to get there,” he reflects.

“To me it spoke about abundance. There are different ways God can feed you, not always the way you think.”

His willingness to engage with a cross-section of humanity paved the way for random acts of kindness and miracles, such as spotting a leather jacket hanging in a tree overhead on a cold night. Or bumping into a Sephardic Jew at a gas station fast-food restaurant where the rabbi had gone to ask for directions in a desolate area on a New York State highway and helping the man decide to stop eating the non-kosher food there.

Another miracle occurred on Wednesday night when David’s challenge to him was to sleep in a homeless shelter. Due to train delays, Rabbi Feldman arrived in Boston three hours late, past the check-in time for a homeless shelter. The rabbi went to Amtrak offices in the bowels of the station to complain. The employee insisted on calling a cab and paying the driver to take Rabbi Feldman across town through a driving rainstorm to a YMCA men’s shelter with a cot, a little table, a communal bathroom and breakfast the next morning.

Upon his return to Atlanta, Rabbi Feldman shed his anonymous persona, donned his familiar rabbinic garb and arrived just in time to attend the girls’ high school graduation as the principal’s husband. But he would never be the same person again.

Instead of playing so cautiously and not allowing much opportunity for wonder or surprise, he stretches his limits more frequently. “I want to set worthy goals that require discovering new things about myself.”

The only thing I cared about was getting food in my stomach or getting a place to sleep or resting or getting somewhere.

He developed more compassion towards homeless people. “Sometimes I’ve had questions about people, like why don’t they just do something to further themselves. I realized when you are homeless you are totally in survival mode. After being homeless artificially for one day, the only thing I cared about was getting food in my stomach or getting a place to sleep or resting or getting somewhere. I became preoccupied with immediate needs. When a person is fighting for survival, physically or psychologically, they can’t contemplate long-term goals.”

“I realized that I don’t need to plan every single thing and try to control every detail,” Rabbi Feldman said. “Make room for Hashem. Give Him the chance to do His miracles. Take responsibility for yourself, but also leave yourself open. Take chances even when you don’t know how it’s going to work out.”

Elbowing God Out
Bechukotai 5782: Divine Retribution
Behar 5782: Working to Live or Living to Work?
The Wholeness of Being Broken
Comments
MOST POPULAR IN Society
Our privacy policy