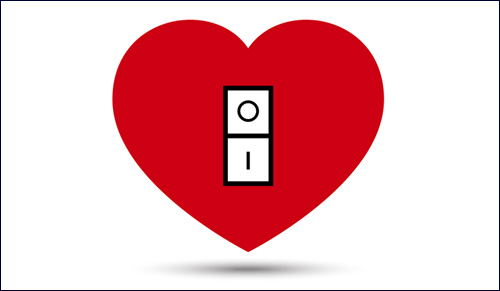 He says he’s ready to get married and is begging for a third chance. Should I acquiesce?

I have been in an on and off relationship with a guy for over 2 years. There were a few reasons why we kept breaking up and did not get married. Firstly, we met pretty young, he was 20 and I was 21. Secondly, since it was his first relationship he felt an uncertainty towards me and felt that maybe he needed more experience before deciding on "the one". Also, he had fear of it not working out since his own parents’ relationship was not so good.

I stayed in this relationship because even with a few negatives, I felt that we connected extremely well, had similar beliefs on life, Judaism and how we imagined our future household. We broke up again this past August and this time, I thought it was for good. We remained in minimal contact, and I began to date someone else a month later. I eventually told my ex that I was seeing someone else and it officially hit him, and he began to regret ever letting me go.

He began to apologize for putting me through two years of ups and downs, and begged for another chance. He said he would like to get married as soon as I'd like. I told him that I appreciate him apologizing and showing me that he really is trying, but that I needed space to just clear my mind. Ironically, at the same time that this is happening, the guy I was dating called to say he wasn't interested in continuing.

My parents are also not so happy with this guy's back and forth. I don't want to just go back and marry him because "he is now ready". I'm not really sure what to do. On the one hand, I always wanted to end up with him because of his good qualities and our connection, and the other hand I don't want to set myself up for yet another disappointment.

I do believe that he believes what he is saying, but still very scared of now trusting him again. What do you think? Should I trust that he changed and this was his wake up call or should I try to continue dating other people?

Thanks for writing to us. An on again/off again relationship is confusing and frustrating, and its wise for you to be wary about restarting again after two break-ups. We hope that our suggestions help you have the clarity to decide what to do.

First, before giving any thought to your ex, or to anyone else for that matter, we'd like you to take a step back and look at who you've become over the past two years, the direction your life is taking, and what you'd like your life to be like over the next few years. Most young adults experience a great deal of personal growth in their late teens and early twenties, and you may see significant differences between yourself now and what you were like two years ago. Your expectations about relationships and marriage may also have changed over time, and it's important to focus on how you think and feel about them now. Ultimately, this self knowledge will help you decide if you and your ex are right for each other.

It will also help you see the bigger picture of your relationship. You and your ex were very young when you first started dating, and it sounds like neither of you were ready for marriage at that point. Certainly, your ex wasn't even sure what he was looking for. He didn't feel confident about his ability to know what was right for him because he didn't have much dating experience. Even though you both felt a strong connection and had similar values and outlooks on life, it seems to us that it was a good idea for you to break-up at that point so that you could each have more time to mature.

We're more concerned about your second, more recent break-up that we are with your first one. You probably started going out again because your attraction and positive feelings for each other were still there, and you hoped that this time, things would work out. Was your ex's reluctance to make a commitment the only reason you broke up, or were there other issues the two of you couldn't resolve? Had one or both of you changed in a way that made your goals or outlooks incompatible? Before you think about trying a third time, you've got to identify all of the reasons why your relationship didn't work out this past August.

Sometimes, two people can break up and get back together one or more times before they ultimately decide they're right for each other, and they can go on to have a successful and enduring marriage. The reason for this is that they were able to resolve the reasons for their past break-ups, so that they could then move forward.

Some of these couples started dating when one or both of them didn't feel ready for marriage; others wanted different things out of life. Some had trouble maintaining a long-distance courtship, while others broke up because one person had an unresolved issue that wasn't good for the relationship. You have to ask yourself, "What caused us to break up?" Even if your ex's indecisiveness was the main reason your relationship ended, there may have be other reasons as well. Before you decide to get back together, find out if any of these reasons still exist and then speak to each other to see if you can resolve them.

Make sure you are still moving in the same life direction.

There's something else we'd like you to do before you make that telephone call. Think about whether the two of you are still in sync in terms of how you view the world and the direction you see your lives moving. Does your ex still have the values and personal qualities that are important to you? If you've grown apart over time and your lives are taking different paths, trying to get back together will probably be frustrating and unsuccessful. If you decide that this is a good reason to not resume your relationship, make this a final decision and don't stay in touch. This closure will help you move on.

However, if you feel that the two of you are still a good match, we think it's a good idea to meet in person to talk about getting back together. Be prepared to discuss the reasons for your break up and what each of you thinks you can do to work them through. Be open about your concern that he might back out, and find out the process he used to decide that he wants to marry you. Some people find that a third party, such as a couple's therapist, can help them clarify and resolve these issues.

If you decide to start dating again, we suggest that you don't get engaged right away. Take some time to enjoy being in the moment with each other. Make sure you've talked about your long and short range plans and each of your ideas about what you home and marriage will be like. Remember, they may have changed. Share with each other how you, your beliefs, and your personal qualities have grown and changed over the past couple of years. We also recommend that you talk about your ex's concerns about making your marriage work when his own parents didn't have a harmonious relationship. He probably still has these concerns, and he needs reassurance that he can learn to have a happy, stable marriage by taking marriage preparation classes as part of a group or in private meetings with a marriage educator.

In sum, these are our recommendations: tune into who you are right now and decide whether your ex is still the person you're looking for; identify the reasons for your last break-up; and talk together about how you can resolve them. If you follow these suggestions we're confident you'll make a good decision about your future.

We wish you the best of luck,
Sherry and Rosie