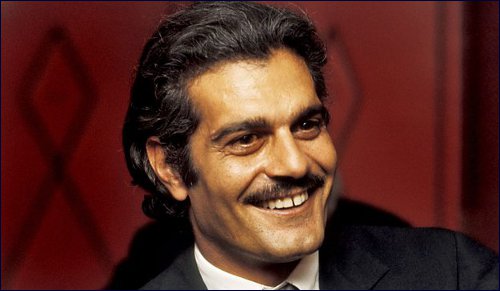 The Arab boycott against the actor and its contemporary sequel.

For those of us old enough to remember, Sharif was a cinema idol, a smolderingly handsome Egyptian leading man of the 1960s embraced by Hollywood and catapulted into international prominence – as well as Oscar contention – for his role in Lawrence of Arabia. Success followed success and his fame became further cemented by his starring role in yet another sweeping historical epic, Dr. Zhivago.

Sharif had more than 100 films to his credit. He won three Golden Globe awards. In his personal life he was married to Egyptian cinema’s reigning screen beauty and together they were acknowledged as the glamour couple of their generation.

Yet in spite of all this the matinee idol almost overnight was transformed from superstar to villain, from celebrity to pariah. His crime was something that could not be forgiven. Because of it his films were banned in his homeland as well as many other Arab countries. His sin? Sharif shared an on-screen romance with Barbra Streisand in the 1968 movie, Funny Girl. And Barbra of course is a Jew.

Sharif’s death brings back to mind a kind of irrational hatred that would seem to be impossible of finding a parallel in our more enlightened times. And yet it was but a few months ago that we were exposed to an eerily similar illustration of bigotry which transcends any civilized norms of behavior.

It was a selfie photo by the Israeli contestant in the Miss Universe contest in Florida this year which started it. Miss Israel, Doron Matalon, wanted a souvenir and so she took a picture of herself which included several others standing alongside. One of them unfortunately happened to be Miss Lebanon. On January 11, Matalon posted the picture with the gleeful caption, “good morning from us.” And that’s when the fireworks began.

The Arab world was incensed.

After an avalanche of criticism from within the Arab world, which frowns on contact with Israel, Miss Lebanon, Saly Greige, issued a stunning repudiation of the image and even claimed to have been avoiding Miss Israel throughout the competition.

“The truth behind the photo,” she claimed was that “since the first day of my arrival to participate to Miss Universe, I was very cautious to avoid being in any photo or communication with Miss Israel (that tried several times to have a photo with me) … I was having a photo with Miss Japan, Miss Slovenia and myself; suddenly Miss Israel jumped in, took a selfie, and put it on her social media…this is what happened and I hope to have your full support in the Miss Universe contest.”

Translation: There is no way in the world I would ever have anything to do with a Jew so please don’t ostracize me for committing an unforgivable transgression. I swear I hate Jews just as much as you do. So please support me in achieving my goal in being named the most beautiful woman in the universe.

And this wasn’t the first time that Jew hatred affected the Miss Universe competition. In 2002, Miss Lebanon Christina Sawaya refused to join the competition because Miss Israel Yamit Har-Noy was also competing.

It is sad beyond words that Omar Sharif was boycotted more than half a century ago simply because of his relationship with a Jew. Sadder still is the realization that the unwillingness of much of the Arab world to this day to acknowledge the possibility for human contact and perhaps even friendship across racial and religious divides still defines contemporary reality.

As the world mourns the death of Omar Sharif, perhaps it might take a moment to reflect on the irony that the cause of the boycott directed against him lives on in the continuing efforts of those who similarly seek to isolate present day Israelis and Jews.

The Smile Behind the Mask