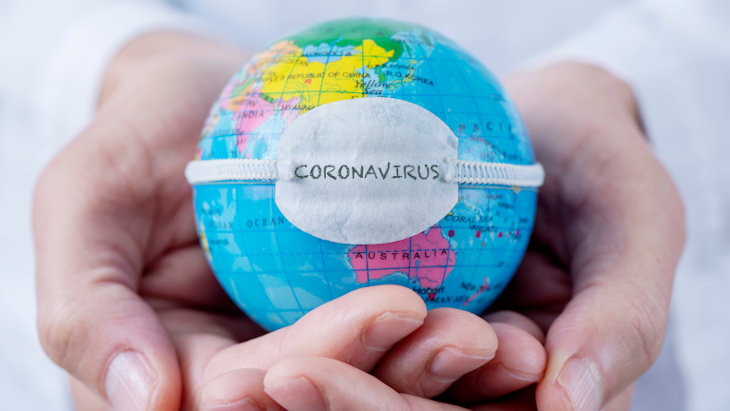 We're all interconnected, whether we like it or not.

The coronavirus is spreading in China, the Middle East, Europe and has infected people in the United States, Latin America and a growing number of places, with thousands of deaths reported. Israel’s Ministry of Health has urged citizens to reconsider non-essential travel abroad due to heightened fears over the spread of this potentially deadly disease.

One of the top officials at the Centers for Disease Control and Prevention in America warned this week: “Ultimately, we expect we will see community spread in this country. It’s not so much a question of if this will happen anymore, but rather more a question of exactly when this will happen and how many people in this country will have severe illness.” The agency itself tweeted: “Now is the time for US businesses, hospitals, and communities to begin preparing for the possible spread of #COVID19.”

Indeed, now is the time to do all we can to prepare and to stop the spread of this disease, but there is also an important lesson we can learn from it.

China and the United States couldn’t be further apart, not only geographically, but also in family life, social values, and religious customs. One is the model of capitalism and the other the embodiment of communism. For these reasons and others, Americans and Chinese citizens feel so different, like there is so little we have in common. And yet coronavirus reminds us just how interconnected we are, how impacted we are by one another, and how important it is to find common ground and work together for mutual benefit.

Consider how coronavirus began and where we are now. On December 31, the Chinese authorities reported a case of pneumonia with an unknown cause in Wuhan, Hubei province to the World Health Organization. By January 3, 44 more similar cases were reported. Fast forward just two months and from that one case in China, there are now over 80,000 people diagnosed with the illness around the globe, including in this country.

What started far away threatens us here and has impacted the economy around the world, affecting supply lines, import and export, manufacturing, banking and more. We cannot afford to ignore it or dismiss it because it didn’t start here or didn’t begin by impacting someone we can relate to. Humanity, the world’s population, are one; we are all interconnected and impacted by the behavior, policies and precautions of one another, whether we like it or not.

If we recognize what we have in common and come together to confront this deadly disease, we can isolate it, treat it, and eliminate it. Focus on our differences, deny our common destiny, fail to cooperate and communicate, and it can grow to pandemic proportions that threaten everyone.

In some ways, this is the story and message of Purim. The Jewish people faced extinction and annihilation when they lived with an attitude of "am mefuzar u’meforad bein ha’amim – a nation disparate and separate, dispersed among disconnected peoples." The Jewish people found redemption and safety only when they followed Queen Esther's directive: "lech kenos et kol ha’Yehudim – gather together all the Jews" – become one and act in a unified way.

We describe God as our Father in Heaven. What parent is drawn to intervene and intercede on behalf of their children who cannot and will not get along, who fail to cooperate or show loyalty to one another? On the other hand, when children come together, function as a devoted family, parents are moved to do anything they can to help.

When everyone is in it for themselves, self-centered, narcissistic and concerned only for their wellbeing, they are in danger. But when we see our destiny as intertwined, when your pain hurts and threatens me and my struggles are yours, we can together endure and overcome anything.

It isn’t a coincidence that the mitzvot of Purim center around connecting with others, being of service to them and seeking to relieve their pain. We deliver Mishloach Manos (gifts of food) to one another to further our connections and bonds and we distribute Matanos L’Evyonim, gifts to the poor to feel the pain of those less privileged.

When we are united, unified in our history and destiny, focused on what we have in common instead of what divides us, we are bigger and stronger than the sum of our parts. We are both worthy and capable of confronting, persevering and triumphing over whatever challenge or threat we face. That is the message of Purim for the Jews and perhaps that is a message of the coronavirus for humanity.

The odious virus reminds us that our actions are never local; they can have cosmic implications – for bad, but equally for good. In 1963, meteorologist Edward Lorenz introduced what he called the “butterfly effect.” He demonstrated that the flapping of a butterfly’s wing in Australia can cause a tornado in Kansas, a monsoon in Indonesia, or a hurricane in Boca Raton. Lorenz’s thesis is part of a greater theory called chaos theory that essentially postulates that small acts can have large outcomes. Chaos theory is applied in mathematics, microbiology, computer science, economics, philosophy, physics, politics and many other fields.

Rabbi Lord Jonathan Sacks has applied chaos theory in one more realm. In his book To Heal a Fractured World, he coined the phrase “chaos theory of virtue,” demonstrating how small acts of kindness can have immeasurable consequences on the world. If one person in an isolated area can spread something that has impacted the whole world for the bad, one person, anywhere in the world, can infect the world with goodness and positivity.

We are living in an increasingly polarized world and at an increasingly partisan time. There are conflicts and tensions between countries and there are divisions and discords within nations, peoples, religions, and families.

In that atmosphere, coronavirus not only challenges us, but can teach us. Should we focus on our differences, fail to cooperate or come together, we will all be threatened as a result. On the other hand, if we find common ground, we can collaborate and eliminate a threat by coming together.

Never underestimate the next act of virtue you do. Flap your wings and it can change the whole world. As we begin the month of Adar and count down to the celebration of Purim let us hope and pray that the only thing going viral is a spirit of cooperation, unity, and love.

We’re All Number One

Now I am the Patient
Bechukotai 5782: Divine Retribution
Behar 5782: Working to Live or Living to Work?
The Wholeness of Being Broken
Comments
MOST POPULAR IN Society
Our privacy policy