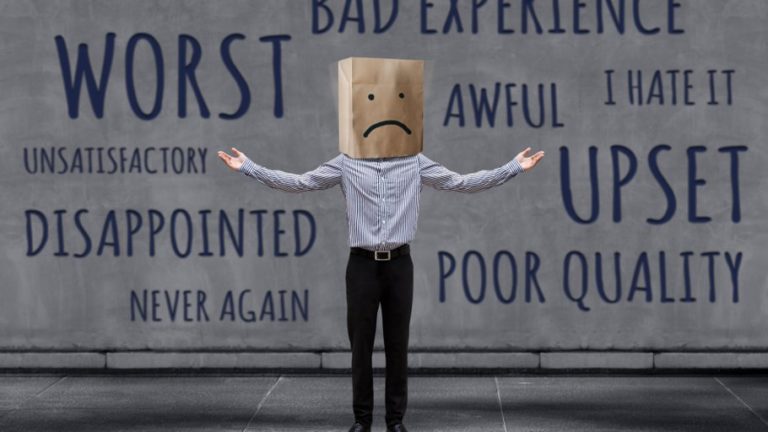 You’re in the swamp – be careful.

I was recently purchasing a new dish rack, a seemingly mundane item that used to be the sole province of Rubbermaid. As I recall you could either get one in black, beige or white. So I was completely unprepared for the vast array of options now available. Did I want stainless steel? One with a drainage spout? Perhaps I would prefer wood or bamboo or how about the two-level option? And don’t get me started on the colors.

I meant to spend three minutes online and instead I was caught up in a complicated decision making process. With so many possibilities, how does a gal choose? I turned to the customer reviews. A careful perusal pointed out the stainless steel that rusted too easily, the drainage spout that wasn’t attached properly, the rack that didn’t last. And I was grateful to the consumers who came before me and took the time to send in their opinions.

But it also got me thinking (to quote LeFeu in Beauty and the Beast “A dangerous pastime”) and, while I have benefited from the critical reviews of prior consumers I wonder what it does for our character. Becoming someone who spends their time posting critical reviews is not a good idea.

It’s not a good habit to constantly look for the bad, to be very picky about the exact level of doneness of your meat or creativity of the dessert. When I read some restaurant reviews, it seems like some of the writers took too much glee in their hostile words. Perhaps they learned this from the cooking shows they watched but the source is irrelevant. The reality is that no one really wants to open their mailbox or Facebook profile or Yelp account and be assaulted by a barrage of negativity. Even if it’s about a business and not a personal quality, it’s hurtful. And potentially damaging.

Not only to the store or restaurant owner whose business will likely suffer but to the online reviewer whose character will definitely be harmed. The Torah suggests that, if we can avoid it, we should try not to be the one who delivers bad news. We don’t want to be someone who intentionally or inadvertently causes pain to others. How much more so in these situations where the motivation is rarely to help others and often just to vent (c’mon, be honest) – and to justify it as a way of serving the community!

I’m not naïve; I realize these online reviews are here to stay. And I’m sure that in some cases they are a catalyst for the company to up its game – to improve its product or its service. But we want to think twice before always being the ones to warn others, before rationalizing behavior that could be reflective of bad character and certainly could lead to it.

We don’t want to throw our money away but we don’t want to look for flaws either. We want to train ourselves to focus on the positive, even with our material possessions and to have a good attitude. And while we may therefore feel that if we eschew negative comments and post only positive ones, we are preserving our good character, I would advocate staying out of the swamp altogether. It’s just too easy to get caught up in the criticism (those reviews are so much more enticing to read!) no matter our good intentions.

When the Teacher Calls