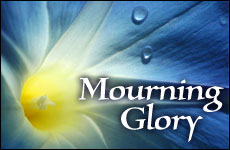 When a mother succumbs to cancer in old age and a father faces his own mortality, a son experiences the blessings of a good shiva.

This month my mother passed away after a 5-month crushing bout with brain cancer. She was 76 years young and very beautiful.

I, my father, and three siblings had always expected her to live if not forever, at least until 95, because she was fit as a fiddle and radiated good health, but a glioblastoma not only takes no prisoners, one cannot even talk back. It was a precipitous and swift decline into total madness and physical destruction. So, when the telephone call came after the Sabbath, it was no surprise.

My father asked me to give one of the eulogies – something I dreaded, but also relished. It was a chance to try to explain to the world who my mother was and who we were to each other. My relationship with my mother was pure pixie dust. We loved each other and were enormously attached. There was even a secret, unwritten agreement between us: We would never separate. We would always be attached. This agreement, forged in the magical, totally irrational mists of early childhood, served a neurotic purpose for both of us. Neither of us would ever be abandoned, something we feared was worse than death. This took the form of her knowing wherever I was at all times and the same for me. And we played these silly games well past life’s midway marks. I would check in with her at least every other day and, when traveling, more often.

“So, where are you now?” my mother would ask.

“In Newark,” was my answer – or Chicago, or Detroit, or Jerusalem, depending on where I actually was.

“How did you get there?”

“By bicycle,” I would tell her.

“Was it safe?” she would invariably ask.

“But you will be careful.”

“You will call me when you get home?”

For my mother’s part she would announce to me when she was leaving and returning, when she was about to get onto a plane, train, or automobile. A second dispatch would come when she arrived at her destination. This was one of the rhythms of our connection. Of course this was the cover for much more profound longings, fears, anxieties, and wishes.

Her funeral was beautiful. The rabbis of the generation were present. Decidedly of the old world, they sang us lullabies of sadness and Jewish lament. They had that trademark nod of the head, the Yiddish-inflected tones and soothing cadence, mouths filled with sweetness of the Talmud. Thanks to these beautiful men, my tears flowed easily and naturally.

And then there was the shiva.

By tradition, Jewish mourners will sit in a low chair and around them sit the comforters, loved ones, friends, relatives, and neighbors. The door is wide open, and one must expect all kinds–the graceful, the wise, the well-meaning, and the clumsy. At my mother’s shiva, wave after wave of august personages came, lights of the Jewish world, friends and acquaintances from 70 years ago and from yesterday. Some of the shiva dialogue went like this:

“Well, of course, she had a brain cancer. But was she in a lot of pain?”

“Was she lucid? Did she know?”

Other conversations were far deeper. One man, the father of an old friend of mine, spoke to me in a hushed sideways manner, cheek-to-cheek. I forget how it came down, but somehow we drifted toward the tender, intimate, and philosophical.

“Death is a perverse miracle in a way,” I said. “The slow shutdown of the organs, in contrast to the gradual development of them in the beginning of life.”

“They are equally miraculous, and equally divine,” he said. “But we cry only about one, never about the other.” He had lost a teenage son in a fire not that many years before. We held hands a brief moment before he left the mourners’ house.

Some pay a shiva call out of respect for the departed or for the family, to worship at a shrine, others out of love, or to relive their own sadness and loss, hoping desperately to locate themselves in the solar system of sorrow.

In my mother’s case, all this was true, but to an even greater extent. People she had been young with came from all across the country, and people who I had been young with came from everywhere – from the Midwest, the West coast, and the South. Some looked wonderful. Others had aged drastically, arriving with walkers and in wheelchairs. I had aged radically too. The bell tolls for all.

Why had they come? “I felt I had to” was often the reply. But in retelling my mother’s history and her core beliefs – a child of wartime London, a daughter of Hassidic parents, a beautiful and modest woman – the puzzle of her life did yield new clues. I particularly enjoyed this one: In 1974 upon Richard Nixon’s resignation there was a now iconic photo taken of the disgraced president standing on the tarmac flashing a V-sign for victory while standing next to his wife Pat. The scene flashed across television screens all over the globe: The president of the world’s greatest superpower quits office – a first. My mother’s reaction? “Look, look at Pat Nixon,” she said to me, as she folded laundry. Mrs. Nixon was wearing a long-sleeved dress, despite the oppressive August heat in Washington. “She is dressed like a rabbi’s wife.”

On the last day of the shiva, we locked the front door of the house and turned well-wishers away. We gathered around my father in a complete circle, sons, daughters, and children-in-law. “Tell us what is on your mind, Dad. Say anything and everything.”

He was alone now and afraid, and petrified of becoming a burden.

At first, he halted. A lifetime of rabbinic restraint and modesty and sensitivity to others is always at work. But we could see the truth: He was alone now and afraid. He who had taken care of us, was now weakened and in need – and petrified of becoming a burden. We assured him that burden is not bad. That this was the way of the world, we told him, something that cannot always be avoided. He protested this idea. It was as if he thought that by some enchanted, ennobled purpose, he was not permitted to become what others become.

Then he began to cry. He had his own secret promise, made to his own mother whose spirit visits him in troubled and wonderful times. That he would always provide; always give and never take. This is how he took care of my mother: like a soldier-saint, vigorously protecting, a muscular yet nurturing presence without complaint. Now he wept and wept and we mourners – now comforters – watched in silence.

And then, in the spirit of our mother, we extracted from our father a promise that he would never die. And we solemnly swore the same to him in return.

The riddle of him and her, mother and father, our joys our sorrows, our family idiosyncrasies, our ways with money, faith, and love, had yielded fresh clues, even some clarity. Shiva was now over. We gathered our belongings and left my mother’s house.

Elijah in Manhattan: A Love Story

What Empty Nests are Filled With
Korach 5782: Visit to Lift the Spirit
That Time The Ivy League Found A Way To Limit Jewish Enrollment
Would You Rather Be Right or Happy?
Comments
MOST POPULAR IN Family
Our privacy policy