Connecting with Lone Soldiers in Israel 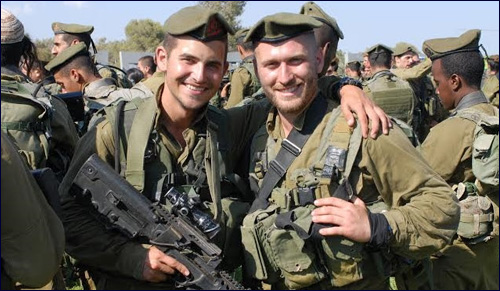 A Chicago organization connects school children to lone soldiers in Israel, giving them a glimpse of their dedication and bravery.

Shoshana Friedman’s granddaughter Dorit Hoffman, from Skokie, Illinois, was enlisting in Israel’s army. Her flight was full of young people like her, all headed to their new home in Israel.

“I was lying in bed in the middle of the night with my iPad, watching this plane land,” recalls Shoshana, a grandmother from Chicago. “There was so much energy and excitement.” 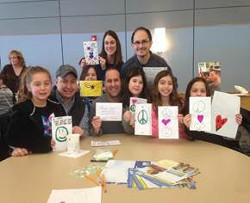 Thousands of Israelis had turned out to welcome these newest citizens. The IDF Orchestra played while the President of Israel and other dignitaries waited to greet the jet. Watching her granddaughter arrive in the Jewish state, Shoshana thought of the timeless words from her family’s Seders: “Next Year in Jerusalem”. These words had always been a guiding principle for Shoshana, standing for commitment to Israel and the Jewish people. Thinking of the promise of “Next Year in Jerusalem” now, Shoshana knew she had to find a way to support Israel’s newest soldiers.

Each year, about 6,000 “lone soldiers” enter Israel’s army. These are youngsters with no close family living in the Jewish state. “If you’re an Israeli soldier,” Shoshana explained in an Aish.com exclusive interview, “you call up your parents and say ‘Dad I need some help’ – but lone soldiers don’t have that.”

“An old-fashioned letter is like sending a hug from home.”

Now, thanks to the efforts of Shoshana and her band of volunteers – mostly older women like herself – lone soldiers receive letters, hand-made challah covers and decorated laminated prayer cards with the Jewish Travelers Prayer on them from schoolchildren throughout Chicago. Since launching her program in 2013, Lone Soldier Connect has sent over 9,000 letters to Israel.

“An old-fashioned letter is like sending a hug from home,” Shoshana explains. 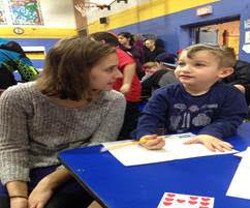 Lone soldiers agree. Chicago native Sam Besser tells Aish.com that after serving nearly two years in the IDF, “I know the meaningful impact of a handwritten letter from a Jewish child saying thank you and you are not really alone. The physical exertion of being in the army is tough but the emotional and mental strain are the true challenges. A little thing like a letter or card from someone you will never meet but still cares about you is an immense gesture.”

Ilan, another Chicago native currently serving, wrote to Shoshana: “I love these letters. How thoughtful of them. I was one of these kids in Hebrew School just ten years ago.”

The impact of Lone Soldier Connect on schoolchildren has been just as great. Shoshana connects young kids in Chicago to soldiers in Israel, giving them a glimpse of the dedication and bravery of lone soldiers in Israel. The kids are inspired to create letters and challah covers. “Thank you for keeping the Jewish people safe” reads one glittery note.

“Kids realize that these soldiers could be their older brother or sister – their babysitters or their cousins,” explains Anne Lidsky, Ph.D., director of Religious Education at Temple Jeremiah in Northfield, IL, where Lone Soldier Connect has run its program. “They could have remained in America but because of their commitment to the land, history and people of Israel, they volunteered in Israel’s army.”

“When the students realized they were decorating a prayer card that is going to be sent half-way round the world and put in the pocket of a soldier from Russia or other places, and that soldier will see it’s from Tikvah from Skokie or Ben from Northbrook,” Shoshana explains, “that connects Jews around the world."

That bond is the ultimate goal of Lone Soldier Connect. “I come from a generation when Jews felt we were family,” Shoshana says, noting that feeling isn’t always as strong today. “When I talk to the students and parents about Lone Soldier Connect, I talk about how we really are an extended family.” 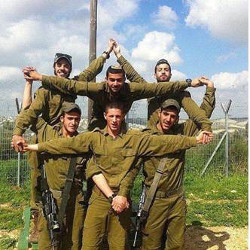 Students, parents, and educators across Chicago are listening. Lone Soldier Connect is growing quickly, reaching every community in a few short years, and expanding. Shoshana’ newest initiative is to help bar and bat mitzvah kids take on large-scale mitzvah projects to support lone soldiers in Israel. She hopes her model can expand into other cities as well.

As her granddaughter prepares to end her army service and start working and studying in Israel, Shoshana thinks she’d like to save up to visit her there. Echoing the words from the Passover Seder that have informed her entire life, Shoshana has one major goal for the future: “Next Year in Jerusalem.”

I Am Israeli
Don’t Believe in Other Gods Versus God is One
Seeing Without Eyes
Why Shouldn’t We Eat Whatever We Want?
Comments
MOST POPULAR IN Israel
Our privacy policy
Aish.com Is Looking for Great Writers