Me and the Moai: What Was I Doing on a Remote Polynesian Island? 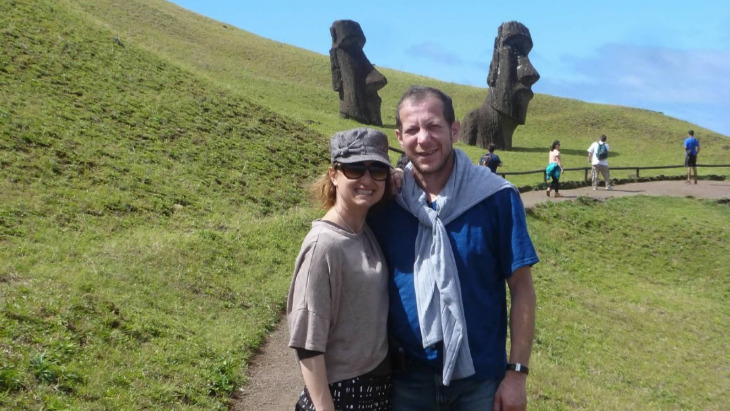 The statues forge a connection between the Polynesian ancestors and members of the community. I, too, have been looking to reconnect to the chain of my ancestors.

Seven years ago, my husband and I visited Easter Island, a remote volcanic Chilean island in Polynesia. This tiny island of just 60 square miles is located 2,000 miles from the nearest populated center. It’s one of the most isolated settlements in the world, certainly not your typical tourist destination.

This magnificent place gained its international fame for its almost 1,000 monumental statues, called moai, created by the early Rapa Nui inhabitants between the 13th and 16th centuries. I’ve always been fascinated by the pictures of these carved human figures with large heads, resting on oversized stone pedestals.

According to National Geographic, historians think that the statues are a representation of the Polynesian people's predecessors, created to forge a connection between the ancestors and members of the community. Settlements were located on the coast where the statues were erected, as if they watch over their descendants with their backs toward the sea.

This perhaps explains my interest in the moai. I, too, have been looking to connect to the broken chain of my ancestors. In 1917, after the Communist Revolution, my great-grandparents were no longer allowed to practice Judaism. The Soviet Union became a center of atheism, threatening anyone who attempted to follow religious traditions with imprisonment and expulsion from society. 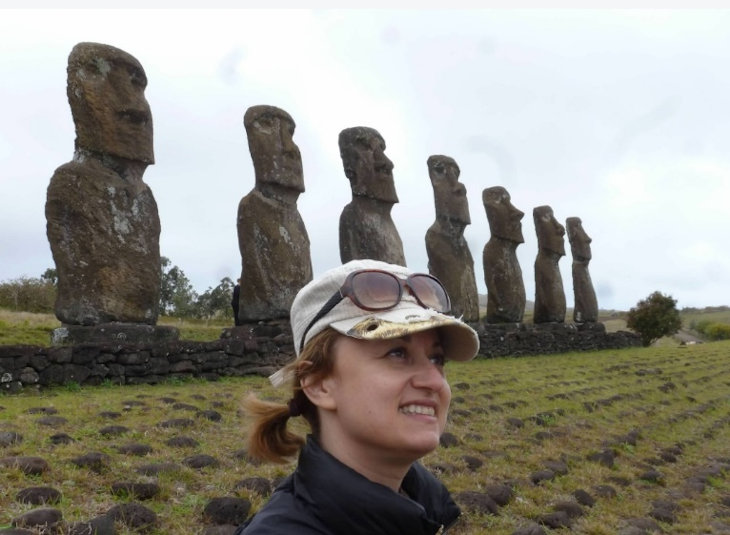 On Easter Island with the moai statues.

With each subsequent generation, we were further disconnected from our heritage, as we lost knowledge and understanding of Jewish concepts.

After my family's immigration to the United States, I have committed myself to exploring my Jewish heritage and traditions. Unfortunately, most of the Soviet-born Jews of my generation whose families survived over 70 years of Communist regime possess barely any knowledge of Jewish wisdom. Despite this fact, my generation continues to identify as a link in the eternal chain of Jewish people.

As we visited the Eastern Island, I was reminded of the fact that people of all cultures and backgrounds are yearning to connect to their heritage. The value of this sense of belonging cannot be underestimated. 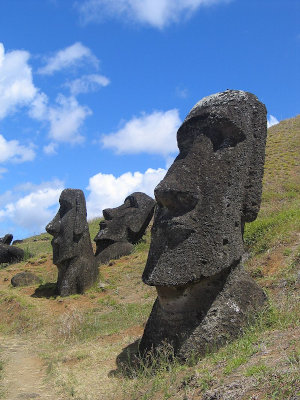 I read an article about the importance of joining a synagogue and finding purpose in a sense of belonging. I couldn't help but feel an overwhelming gratitude for finding my place amongst the Jewish people. It was a long and challenging journey, yet this search for the sense of belonging offered the most meaningful experiences of my life. I’ve asked rabbis countless questions, read books that convey Judaism’s profound wisdom, attended classes that provoked and challenged me, and continue to strive to internalize this newly acquired wisdom into my consciousness. I realized that I have the power to create a narrative of my life. Every event is an opportunity to utilize my individual potential, to align myself with my soul's purpose, and find Godliness and goodness even during the most challenging of times.

As Rabbi Jonathan Sacks eloquently stated, "A sense of the sacred is what lifts us above instinct and protects us from our dysfunctional drives."

When leaving the Eastern Island and flying back to Santiago on LAN Airlines, I pre-booked a Kosher meal. Before boarding the plane, I checked on its status at the counter. After confirming the order, an airline representative inquired about the significance of a Kosher meal. She told me that during her entire career at LAN Airlines at Eastern Island Airport, she had never been asked for this type of food.

I was honored to be the first person to explain the concept behind Jewish dietary requirements. She resonated with the idea that my people, just like hers, were seeking connection to our ancestors and our heritage. It seemed obvious to her that we were meant to be a part of a community that had its own sacred traditions and values.

Leaving this far away island behind, I gained a new understanding and appreciation for my long-awaited return to the Jewish people, my people. This sacred place of authentic belonging is what I call home.

The Bodyguard at My Door

Peering Through the Rainbow