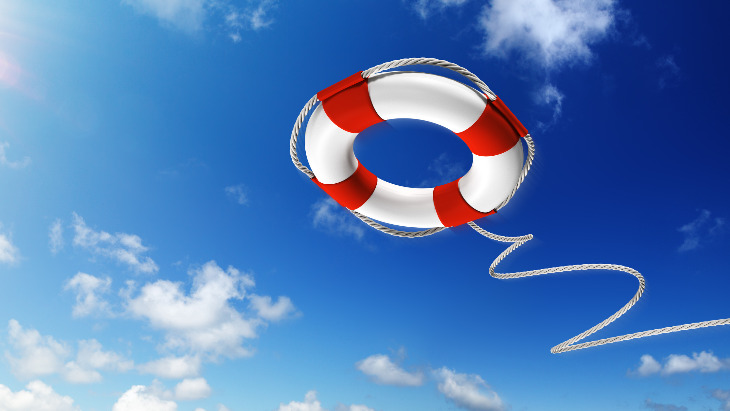 In this final installment, more practical wisdom for marriage.

Ultimatum:
Avoid these!Instead, use “I” statements to evoke empathy.

Unaware:
Because of communication challenges, many spouses are not aware of the key issues that aggravate their spouse. In fact, when I starta session with a new couple, instead of asking “What’s on your mind?”I ask, “What are the key issues that you would like to see improvement which bring you here today?”

Unconditional:
Many men perceive that their wife loves their children unconditionally but loves their spouse conditionally. While I can’t think of a magic solution, I suggest to men that you use “I” statements to say: "Honey, I would like some one-to-one time with you later tonight.Also, I made arrangements for our date night this week; when would you like to hear the details?"

Underneath the Surface:
Under the tip of the “anger iceberg” are many strong emotions i.e. scared, overwhelmed, frustrated, stressed, rejected, anxious, annoyed, exhausted, insecure, disappointed, and hurt.Most of the iceberg (emotions) are hidden below the water line.

Validation:
Marital arguments are not about toothpaste covers and toilet seats.They are about validation and respect. (Dr. David Lieberman)

Verbal Communication:
We should not over-emphasize verbal communication. Michelle W. Davis asserts that in marriage education, we need to teach women that verbal communication is only one of the ways to get through to their partner. If a woman says to herself, “I talk until I am blue in the face,” Davis will reply, “Please stop talking and take action.”Teach people to take action when talking doesn't work.

View:
“Marriage with the long view comes with the conviction that nothing will break us up. We will fight through whatever obstacles get in our way, and if the boat gets swamped, we will bail it out. We will recalibrate our individual goals if they get out of alignment, and we will share leadership for maintaining and renewing our marriage. We will renovate our marriage if the current version gets stale, and if we fight too much or too poorly, we will learn to fight better. If intimacy is no longer good, we will find a way to make it good again. We will accept each other’s weaknesses that can’t be fixed, and we will take care of each other in our old age.” (Dr. William Doherty)

Wedding Chuppah and Circling the Groom:
At the start of the wedding ceremony, the brideencircles the groom seven times. Colleague Jay Solomon noticed that the circling always moves in a counter clockwise direction. He suggested the following explanation: Until the wedding, their individual lives were going in one direction. Now that they are joined in matrimony, their direction has changed.

Wiesel, Elie:
“The opposite of love is not hate; it is indifference.” Over the decades, my most difficult clients have not been those who scream and curse at each other during sessions. Rather, it's those who seem, for the most part, detached and silent.

Wife:
There’s an old, well-meaning if misguided saying, happy wife, happy life. Maybe a better way to update and reimagine that is, happy spouse, happy house. Happy wife, happy life, implies a sort of “yes, dear,” or a “whatever you say, dear,” attitude—resigned and maybe resentful. But there’s a big difference between that and accepting influence, which is a two-way street. Couples should foster a culture of reciprocity. Rather than thinking about what your partner isn’t doing for you or what you’re not getting from them, try to notice the ways they are doing their best and dig into ways you can show up for each other better.(Dr John Gottman)

Win:
Nine times out of ten an argument ends with each of the contenders being more firmly convinced than ever that she/he is absolutely correct. You cannot win an argument!(Dale Carnegie)

Withdraw:
Backing away from your spouse for several hours because of an argument should not have serious consequences. However, backing away for two or three days is stone-walling and it can have a catastrophic impact on your marriage if it becomes commonplace.

Work:
My pet peeve is when long-term married couples advise singles that a good marriage takes “hard work and perseverance”. The five words I prefer are: endurance, nurturing, concentration, dedication, and attention.

Excitement:
We aren’t necessarily looking for excitement when we talk about date nights. Walking is a great date night (if the street is not too noisy). Parks are great venues and shopping malls are terrific (if the weather is poor).

Exception:
Stay away from using ‘never’ and ‘always’. Your spouse will be able to quickly recall the one or two exceptions to "He never takes out the trash and recycling without being asked."

Exercise:
Remember the triangle of health: healthy eating, good sleep hygiene, and appropriate exercise.If you have young children, take turns watching them so that your spouse can also have an opportunity to partake in the triangle.

Expectancy:
The average married couple will live for more than three decades after their kids have left home.This extension of life expectancy makes staying together a much bigger challenge than ever before. What happens when you realize you have thirty years of one-to-one time after the children leave the nest? No previous generation has ever been asked to make such a long-term commitment. (Stephanie Coontz)

Yell:
There are only three words that I give spouses permission to yell at each other: "Fire! Get out!!"

Yiddish Curse:
When someone that you love upsets you, try using this Yiddish expression: "A cuzeh zol dich balecken" (a goat should lick you).

Zax:
Dr. Seuss illustrates ‘compromise’ using imaginary animals that he named, Zaxes. A north going Zax bumps head-on into a south going Zax. Neither will step to the side and make way for the other. They will not compromise; they halt in place like statues. One Zax says, "I have never taken a step to one side. I will prove to you that I will not change my ways if I have to stand here for fifty-nine days." Seasons pass and they remain in place...through snow, rain, and wind. Eventually a highway and a city are built around them as they stand in place, not willing to give an inch.

This idea is represented clearly in the ultimate resting place of the Shechinah, the Beis Hamikdash (the Holy Temple in Jerusalem).From where did the Shechinah emanate to the entire world? From between the gold keruvim, the cherubs on the Ark in the Holy of Holies, a representation of man and wife. (Rabbi Reuven Billowitz)

Zei Gezundt and Shtark! Be Healthy and Strong!
This six-part series on marital survival has truly been a labor of love. I hope that you have found it useful. I am grateful to you, the reader, for following along and making outstanding comments.

The Jewish View of Marriage

Show Me!
The 21st President of the United States: Failure or Inspiration?
Hiding Their Jewishness
The Jewish Pope: Following the Questions Home
Comments