Love - Not Just About Chemicals Anymore! 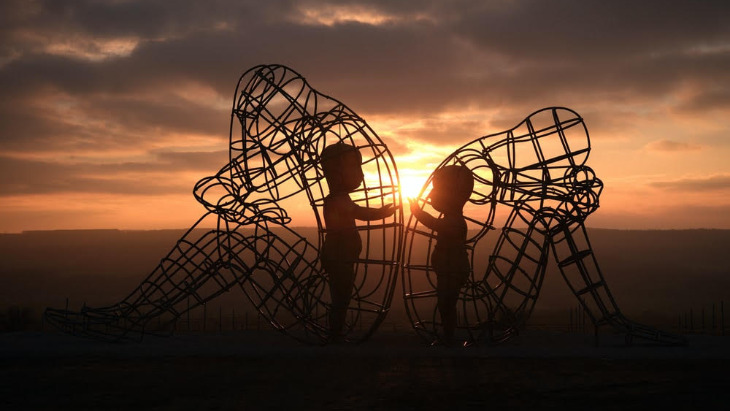 Here is some standard materialist thinking about emotionality. In a nutshell:

For many years we have been hearing about the causal link between the experience of love and a chemical called Oxytocin. The story went something like this:

So leaving aside the high improbability of a functional gene ever randomly developing and not attempting to account for how a chemical arrangement like a gene would come to "want" something like reproduction and not bothering to ask how the species could have survived before it had evolved its Oxytocin, materialists have a new problem - Oxytocin, it seems, doesn't even do what they thought.

A science writer known as Neuroskeptic has recently published a piece in Discover entitled "Oxytocin: Two New Reasons For Skepticism." Apparently, according to researcher James C. Christensen "quite a lot of previous Oxytocin research may be flawed." Later in the study, Chistensen details how he and his team extracted and measured Oxytocin levels in people who were asked to play "the Prisoner's Dilemma" game (which requires participants to make decisions based on trust or lack thereof). They assumed that there would be an obvious relationship between the Oxytocin levels and the level of trust but what they found was that there are "no significant correlations between Oxytocin and behavior."

And there's the rub. Maybe there's not much of a correlation between chemicals in the body and behavior overall. Could it be that chemical changes generally occur on the heels of emotional ones and not the other way around? If so, what would then be the true source of our emotional experience? Theists have long asserted that there is both a physical and non-physical component to a human being. These components work in tandem to create the full experience of being human.

Science is at a loss as to how to explain many aspects of human behavior and experience. The main reason for this lack of explanatory prowess is rooted in materialist assumption #1 above. Once science comes to acknowledge that there are aspects of existence that are not rooted in physicality but rather in metaphysicality they may be able to explain the human experience of love.

Kate Bush and the Need To Be Understood

Mr. Rogers and the Philosophy of Simplicity

Is there a God?

"All Is Foreseen"
Don’t Believe in Other Gods Versus God is One
Seeing Without Eyes
Why Shouldn’t We Eat Whatever We Want?
Comments
MOST POPULAR IN Philosophy