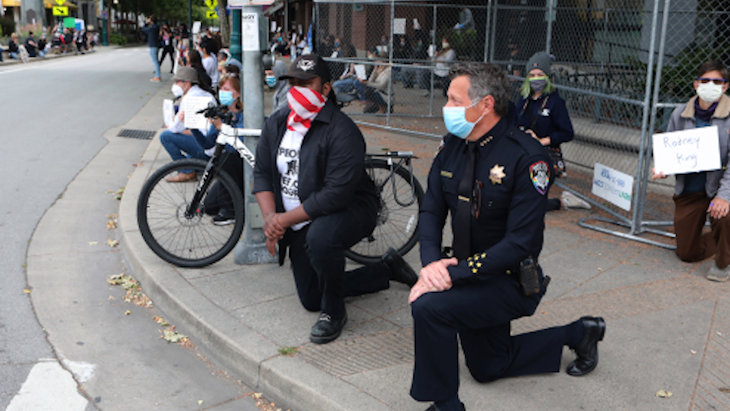 Celebrating heroism instead of amplifying our differences.

The public sentiment is clear: 2020 is a year of little hope. Between a global pandemic and the recent outbreak of protests and riots in dozens of US cities following the death of George Floyd, my own prayer that we would emerge from quarantine with unity and perspective does not seem to be yet answered.

Fred Rogers famously told viewers of Mr. Rogers Neighborhood: “When I was a boy and I would see scary things in the news, my mother would say to me, "Look for the helpers. You will always find people who are helping.” (This statement came from the man who also famously soaked his feet in a blowup pool with Officer Clemmons, an African American man cast as a police officer on Neighborhood in 1969 – a subtle but unmistakable demonstration against segregated swimming pools.)

Taking a note from America’s most beloved children’s show host, here are some of my favorite helpers from the last week:

There are people who want to hear, understand, help, and heal. These stories aren’t making the news as often as they should, but they are happening all the time. Let’s celebrate their heroism instead of amplifying our differences.

Jessica lives in northern California with her husband and two children. She works as an academic counselor in private practice (www.JessicaBrenner.com) and is a lifelong writer.

Eight Days with Our Baby

Elijah in Manhattan: A Love Story
Extras In Our Own Epic
Evolution 2.0: The Coming Darwinian Revolution
Chukat 5782: Let’s Play the Blame Game!
Comments
MOST POPULAR IN Family
Our privacy policy