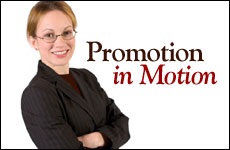 A look back at my most devastating day at work.

I was working as a senior attorney with a federal agency. I had been groomed by my supervisor for some time to be the next Deputy Regional Counsel, a high level managerial position in our agency for the Northeast Region of the United States. When the position opened up upon the retirement of the then-current Deputy, I sent my application to the National Office with high hopes for obtaining the promotion.  After all, I had established my reputation in the area, and everyone who knew me – both in my agency and in related agencies – said that the job was “made for me.”

After numerous applications were reviewed by the selecting panel, only two candidates remained to be interviewed – me and another woman in the agency, Jane. However, as the interview date approached, rumors reached me that many were betting on Jane getting the promotion. The reason given: the federal government was dedicated to advancing diversity in its workforce, and she was not only another female candidate, like me, but belonged to a minority group.  Until that time, there were no minority women at such a high level management position in our agency, and hiring Jane to this position would be perceived as a major accomplishment for the organization.

Engaging in derogatory speech was not a route I'd take to guarantee myself a career promotion.

This reasoning made sense to me, but only to the extent that Jane and I were equally qualified. In that case, advancing diversity in the workplace should properly lead to Jane’s promotion.  However, everyone who knew both of us assured me that, in the area of law that governed this position of Deputy, I was far more qualified. So I went into the interview feeling confident that the best candidate would receive the promotion – namely, me.

The three member panel conducting the interview was led by the Regional Counsel, Lucille, who would – for all intents and purposes – make the final decision. Before the questions began, I asked Lucille (whose aging mother had been ill) how her mother was feeling.  “She’s much better,” Lucille answered.

“Thank God,” I responded. Lucille looked at me incredulously, as though she was facing a religious fanatic, and I began wondering about hidden agendas.  Lucille, who was not Jewish, knew that I was an observant Jew -- one of the few in our organization. I feared that some underlying prejudice based upon a misunderstanding of the nature of my religious observance would become a superfluous factor in her decision.

The interview questions began immediately after that, with Lucille’s first query: “Why do you believe that Jane would make a poor Deputy Regional Counsel?”

I hesitated for a moment, reflecting on the impropriety of that question, and responded, “I would prefer to tell you instead why I would make a good Deputy Regional Counsel.”  While I proceeded to do just that, the look on Lucille’s face told me that she was not pleased with my tactic, and I wondered whether Jane had answered the same question more directly than I. Regardless, I was glad that I had taken the high road; engaging in derogatory speech was not a route I would take to guarantee myself a career promotion.

I tried to tell myself, this too is for the good, but the words stuck in my throat.

The following week, the call came in from Lucille: the promotion had gone to Jane. I was devastated, and found totally unconvincing her explanation of why Jane was better qualified than I.  The worst part of the rejection was my feeling that it was politically motivated, rather than merit-based. Furthermore, I had become so emotionally invested in becoming Deputy, I just couldn’t see returning to my career job as senior attorney.  I went home immediately after hearing the news, in the middle of the workday, feeling sick at heart and thinking that God must be punishing me. I hoped that this “punishment” would be atonement for whatever I had done to deserve it.  I tried to tell myself, this too is for the good, but the words stuck in my throat. Apparently I didn't really believe it.

Over the next few weeks Lucille extended an olive branch, making gestures indicating that she did believe me to be management material. She offered me a different promotion, as supervisor over a group of attorneys in the Manhattan office (I was then working in the Long Island office, closer to my home). But I was not interested in managing other attorneys; I felt that my talents lay in program management, which is why I had pursued the position of Deputy. I declined her offer and began investigating jobs in other agencies. I finally applied for a job as an Administrative Law Judge, a judicial position that was secured based upon merit rather than through the political process. However, unlike most applicants for this position, I limited myself to vacancies only in the New York metropolitan area. I was not willing to put my family through a move to another state during that stage in our lives; it would simply be unfair to my husband and children.

Once it became known among my colleagues that I had applied  for the judicial position, many of them told me that it was “almost impossible” to obtain the position unless one had the so-called “veteran’s preference,” which would automatically add five to ten points to one’s score on the federal register. I discovered that many of my colleagues who, like me, were non-veterans, had applied for the same position and had been waiting for years to no avail. Furthermore, it was “virtually impossible” to secure the position -- even for veterans -- if one limited herself to vacancies in a specific area, particularly the New York area. One had to be willing to accept a position anywhere it was available in the United States.

Nonetheless, I plowed through the application process, including a lengthy application, a written examination, several interviews, and many reference checks.  And then I waited, but this time I was sorely lacking in confidence about the desired outcome.

In the interim, the organization of my federal agency went through drastic changes. The positions of Deputy Regional Counsel throughout the U.S. were eliminated, and those holding the positions were instead given supervisory positions, exactly like the one I had declined! Jane was no longer Deputy in the Northeast region, but instead became supervisor over a group of attorneys in the very office I would have found myself had I accepted that same position from Lucille.

Finally, after one year of waiting, I was offered a position as an Administrative Law Judge!  I learned that the Social Security Administration had recently been directed by the Office of Personnel and Management to hire 100 new Judges, due to Congressional passage of the Child Reform Act, requiring the opening of 20 new SSA offices around the U.S – among them a new office in Manhattan, where I was initially placed.  I was among the last of the Judges hired before the register was closed.  My fellow recently-hired Judges and I were congratulated by the Chief Judge who stated that we should consider ourselves extremely fortunate, as we happened to be “at the right place at the right time.”

The day I didn't receive the promotion turned out to be one of the best days of my life.

In retrospect, I can clearly see that the day I did not receive the promotion at my former agency was one of the best days of my life, and not the devastating day it appeared to be at the time. Had I received the promotion, my job would have become obsolete in a matter of a year or two, and I would have been relegated to performing a supervisory job that I disliked, with a long commute to Manhattan from my home in Far Rockaway. Instead, not receiving the promotion caused me to apply for and receive the best job of my career, as an Administrative Law Judge.

Were the events that led to this outcome merely a series of random coincidences?  I have been guided by logic during my 30 years in the legal profession, and that logic now  directs me to the conclusion that the hand of God was involved in structuring those events, just as it is involved in other matters of our lives to which we are often oblivious.

We all face difficult obstacles in our lifetimes, some more difficult than others, and some with less transparency when it comes to understanding how they actually benefit us. But adopting the philosophy of "this too is for the best" makes us better able to cope with life’s difficulties, secure in the knowledge that God does take care of us, even when we are oblivious of it.

The Jewish Ethicist - Unfair Discrimination
What Makes Eli Run?
The Tyranny of Materialism
Science Enters the Mysterious Inner World of Consciousness
Comments
MOST POPULAR IN Current Issues
Our privacy policy

What Makes Eli Run?
The Tyranny of Materialism
Science Enters the Mysterious Inner World of Consciousness
BBQ Bourbon Cheese Kugel Recipe
Korach 5782: Visit to Lift the Spirit
That Time The Ivy League Found A Way To Limit Jewish Enrollment
Would You Rather Be Right or Happy?
Korach’s Unique Punishment
Who Was Josephus? The Controversial Backstory of the Famed Historian
Should I Break Up, Get Engaged or Keep Dating?
1 2 3 … 2,935 Next »