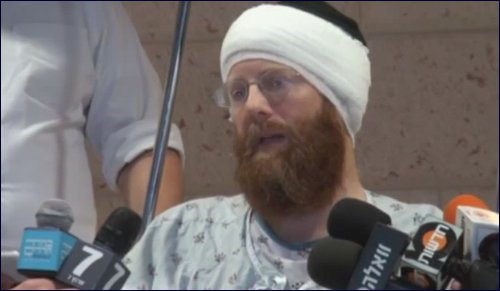 An update from Rebbetzin Tziporah Heller.

So many of you have showed concern and written, and even more of you have prayed. I have no words to tell you how much this means not only to me, but to every one of us. Thank God, Shmuli, my son-in-law, is much better. He is aware, able to communicate and reminded a friend that he is only giving him his seat on the morning bus to Mir temporarily. That doesn't mean that the story is over. If we closed the book here it would be a cruel denial of our having lived through a pogrom that left Har Nof with four new widows, and 24 new orphans. (Click here to read Rebbetzin Heller’s first letter.) 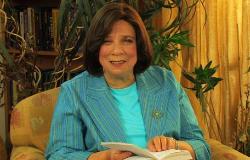 We buried the four men who were killed, and their death caused many of us to rethink our ideas about what death is really about. Is dying a brutal death at the hands of people you never met and certainly do not threaten in any way a senseless desecration of life? Is dying for no reason other than the fact that you are a Jew a meaningless tragedy? Death is never sweet for those who are left behind, but there is some comfort in knowing that the death of these four men was a reflection of the way that they chose to live.

Their deaths had meaning.

The men who died in Kehillas Bnei Torah died as they lived; they were dedicated to living with emunah, faith in God, and beginning their days with dedication. They were killed for not being Muslim. When my daughter Miri received the call from the hospital social worker telling her to get to Hadassah hospital as soon as possible and not to come alone, it was one of the worst moments that anyone could experience. All four people in the car spent the 20-minute ride saying all of the variations of "I can't believe that this can be happening. It sounds terrible" that you can possibly imagine. When we were allowed into the recovery room to see Shmuli after his initial surgery, there were no tears; we were too shell-shocked. It takes only seconds to assume a new sort of normal.

When I asked the nurse about the trickle of blood that I saw flowing out of Shmuli's ear, she told me that they were able to control the majority of the flow, and that this isn't really significant. When they do the second surgery they'll take care of it. The answer sounded reasonable and left me feeling relieved. I had accepted that blood coming out of a man's head was normal, and that a second surgery was something to look forward to. I don't know what Miri was thinking, but the one thing that I know never crossed her mind or mine was regret.

Neither of us wished that he would have stayed home from the synagogue that Tuesday morning any more than Sunday or Monday. Neither of us wished that my grandson Mordechai would be the kind of kid who doesn't like to go to shul with his dad. We both know that the villain of the story isn't the coincidences of time and place that led them to be in Kehillas Bnei Torah Tuesday morning. The villain is the man with the cleaver and the man with the gun.

They are the stars of the tragedy but you can't let yourself be blind to the fact that they are supported by a cast of thousands. The countless kids who are taught hatred from their earliest youth for anyone who isn't them. The kadi in the mosque who spews out Itbach al Yahud (kill the Jews) in his Friday sermon after duly praising Allah the Compassionate. There are bit players in the ongoing drama. They have made the media the message, and the subtle and not so subtle anti-Semitism disguised pathological hatred for Israel all deserve billing.

Neither Miri nor I thought about them at the moment. We were both aware of something much bigger, more real than the ongoing soap opera called Them against Us. It's called faith in God, Who can turn things around in a moment, and whose Will isn't known to us but His ongoing kindness is. It was the only thing that mattered in the recovery room.

You can choose light. You can choose learning. You can choose acts of kindness. You can choose closeness to the wounded by continuing to pray for Shmuel Yerucham ben Baila, Chaim Yechiel ben Malka and Eitan ben Sara. The rabbis have strongly recommended lighting Shabbos candles earlier. Maharal tells us that the light of these candles is the same light that Torah sheds. You can transcend your limitations and your attachment to materialism by giving charity. A fund has been started for the widows and orphans left behind. Donations can be sent to Kuppat Hair, Fund 2159, (call 1-888-587-2842 to find out where to donate in your present location) which is earmarked for the victims of Har Nof's tragedy. Various funds have been started, but the rabbis of the neighborhood have recommended this one because they are able to provide you with an American tax-deductible receipt to those who wish them. Choose to be part of their lives at this time. After all, you are part of the family.

Post this to your friends who want to look beyond the surface.

From the editors: The following clip from ABC News shows how Jews in Har Nof will not be deterred from praying and learning Torah.

In the Hands of the Enemy