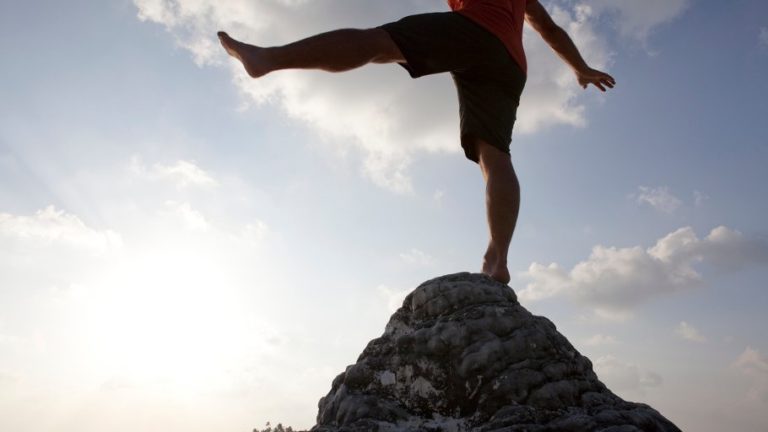 Whatever is hateful to you, do not do to your fellow man.

The Talmud tells the story of a gentile who came to Shammai requesting a quickie McConversion to Judaism. He asked to be taught the entire Torah while standing on one foot. Shammai had no patience for the ridiculous and disrespectful request and chased him out of the study hall.

Undaunted, the fellow then proceeded to visit Shammai's colleague, Hillel with the same request. Hillel instructed him, "Whatever is hateful and distasteful to you, do not do to your fellow man. This is the entire Torah, the rest is commentary. Go learn."

It seems a little bold of Hillel to claim to summarize the entire Torah in one sentence. And even if he could, what is it about this particular principle that defines all of Judaism? Would not, "I am the Lord your God..." the first of the Ten Commandments or "Shema Yisrael..." and the notion of One God been a more logical place to start?

It takes a genius to be able to distill something into its simplest and most basic component the way Hillel did. Hillel was instructing this gentile about the most crucial component that is the basis of all of Judaism. He was pointing out the most essential ingredient of Judaism before one can even begin to understand the myriad of responsibilities and mitzvot that are part and parcel of being a Jew.

All of Judaism depends on the ability to view another person as real as one views one self.

All of Judaism depends on the ability to view another person as real as one views one self. Understanding God's word cannot begin without the realization that the person next to me is just as real as me; that another person travelling through life has the self-same experiences of love, pain, hurt and joy from the ups and downs and curveballs in life that I experience so intensely and seriously.

And as simple as this may sound, the fact of the matter is that it is a lifelong and difficult duty to try to accomplish on a daily basis.

This notion that Hillel is describing is expressed at the very beginning of Creation going back to Adam and Eve. After God created Adam and declared that, "It is not good for Man to be alone", He made a helpmate for him. But before God put Adam into a deep sleep to create Eve from his side, He brought the animals to Adam for him to name. Only after this zoo-naming exercise did God finally provide Adam with his wife.

Why the interruption? Why have Adam name the entire animal kingdom before he met Eve? A prerequisite to the very first relationship in the history of mankind was the need for Adam to be able to practice and master the ability to relate to something outside of himself. He needed to realize that he was not the center of the universe. If he thought he was, his relationship with his soon-to-be wife would be doomed. Adam needed training in relating to something – anything, even an animal – before he’d be ready to begin a serious relationship with another.

While this lesson may be obvious, too often people cannot adjust to their new reality of putting another on equal or even higher footing than the self. It is not easy for a person to make the necessary and continuous effort to exercise heart and mind to look beyond oneself and see others as real beings with similar needs, fears, cares, goals and everyday concerns.

All of the Torah's instructions for living rest on the ability to treat someone else as seriously as you would want another to treat you; to see another as a full human being created in God's image just as you know with certainty that to be the case about yourself.

Once this becomes clear, the rest of the Torah is merely the commentary and details of how to carry it out.

Caring for the Chronically Ill