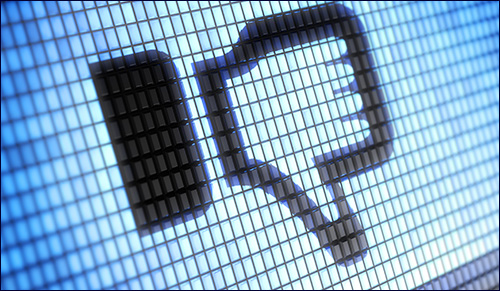 Least-successful Jewish celebrity-branded products like Paul Simon’s “I am a Sock.”

In my continuing efforts to keep you updated on the latest fascinating global marketing news, “American Idol” creator Simon Fuller and soccer superstar David Beckham have agreed to set up a joint venture with Hong Kong-based Global Brands Group Holding Ltd. to develop David Beckham-branded consumer products globally. They also plan to create more brands with other sports and entertainment stars which they did not disclose to me for some reason.

According to Wikipedia, Beckham's maternal grandfather was Jewish and Beckham has referred to himself as "half Jewish" and wrote in his autobiography "I've probably had more contact with Judaism than with any other religion."

This, of course, raises the following questions:

What follows is what I dreamed up as the least-successful Jewish celebrity-branded products. Why? Why not.

You know, you ask a lot of questions, but here are the answers: yes, yes, and what follows is a selection of what I might dream up as the least-successful Jewish celebrity-branded products. Why? Because those are always the most fun to imagine.

The creator and star of “Borat” somehow got it in his head that there was a pressing need for Jewish-themed ice cream cones. His version, the Ice Cream Cohen, featured a matzah design and flavor and, needless to say, did not quite capture the hearts and stomachs of Jews worldwide. Another version, made from challah, was even less successful – and soggier.

One doesn’t ordinarily associate the finest writer in the English language, the writer of “Hamlet” and “Macbeth” and “Romeo and Juliet” with such TV and cinematic productions as “Freaks and Geeks,” “Kung Fu Panda,” much less the recent North Korean bombshell, “The Interview.” So, it was understandable that eyebrows were raised when the silly star Seth Rogen announced he was coming out with his own annotated version of William Shakespeare’s works. And also understandable that in two years’ time, it sold a total of nine copies.

While we’re on the subject of alcohol, here once again is the obvious habit of aligning a celebrity with a product just because all or part of the celebrity’s name spells out that product. “Hey, how ‘bout we get Ben Stiller to endorse our still? Get it? Stiller/still.) What’s next? Natalie Portman’s Port Wine? Sarah Silverman’s silver dollars? Sean Penn’s Pen & Pencil Set? Where does it end? Yes, at the Apocalypse, but it starts with Ben Stiller’s Whiskey Still!

Oh, sure, it must have sounded in theory like the perfect match: Take a Jewish guy who’s known for cutting-edge political satire and pair him with one of the most beloved of Catholic-oriented Mexican dip foods. But somehow the spark never ignited and the world just did not clutch Jon Stewart’s Holy Guacamole! to its bosom. Yes, a focus group was hired and their suggestions tried – the name was changed to Oy Vey Guacamole!, it was packaged with special “Dipping Matzah,” jokes from Stewart’s monologues appeared on the packaging… but none of that moved America – or moved the guacamole off the supermarket shelves.

Paul Simon’s I Am a Sock

Say you have a wonderful voice, play amazing guitar, write brilliant songs, and have a partner named Art Garfunkel who has an equally wonderful voice. And the two of you manage to score a major, multi-million-selling hit song called “I Am a Rock.” Keep in mind that at this point, you’re not well known or wealthy; you’re still living with your parents and cutting grocery coupons. And one day a major menswear manufacturer stops by and offers you a boatload of money for allowing him to market his men’s socks using a version of your hit song called “I Am a Sock.” Well, you can probably guess the rest. You take the money and the sock campaign tanks. As did the one for “Bridge Over Troubled Snapple.”

Are U.S. Supreme Court Justices even allowed to sell their names to endorse products? Justice Ginsburg must have found a legal loophole allowing herself to do so. But of all the products in the world, why boxing gloves? She’s a tiny, frail, old Jewish woman. What boxer would want that association? Perhaps the company felt she’d done plenty of sparring in the courtroom. So, you can pretty much guess what the consumer response was. No doubt much the same as it would have been for an Itzhak Perlman Football Helmet.