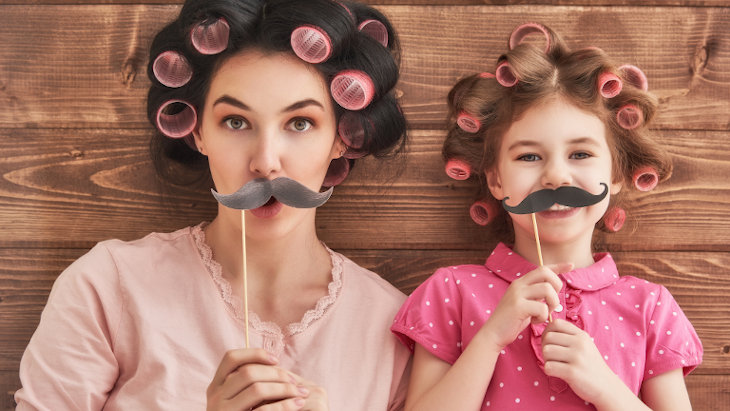 When we last met on the topic of jokes, we talked about Jewish sons and their parents. Today, we look at Jewish daughters and their folks. True there is much cliché in these iconic jokes (mostly thanks to their great-uncles – Jewish comedians). So before PC kills them altogether, let’s have a nice time looking at these legendary jokes and anecdotes. I’d like to start off with a tiny excerpt from one of the funniest books ever written: Sheila Levine is Dead and Living in New York (1972), by the hands-down genius of all humor genres, Gail Parent.

“Born: August 12, 30 years ago. ‘So, it’s a girl, Manny? You know what that means, you have to pay for the wedding.’ One day old! One day old, and they’re talking about weddings. A Jewish mother wants her sons out of the Army and her daughters down the aisle.”-- Excerpted from Sheila Levine is Dead and Living in New York

THE PLACE IS THE THING

Mrs. Finkle was preparing her will and called in her rabbi.

“I have two requests before I die,” she said. “First, I want to be cremated.”

“But that’s forbidden by Jewish law,” the rabbi said.

After hours of talking and getting nowhere, the rabbi sighed. “So, what is your second request?”

“I want my ashes scattered in Bloomingdale’s.”

“That way, I’m sure my daughters will visit me at least twice a week.”

Mrs. Gold and Mrs. Bloom ran into each other in the street after 20 years.

"How's your daughter,” inquires Mrs. Gold, "the one that married the surgeon?"

"Ah, but she married a brilliant attorney."

"That too, didn’t go well. But she's now engaged to a millionaire developer."

Mrs. Gold shook her head from side to side.

"Ai, ai ai! So much naches from one daughter."

MY DAUGHTER THE STAR

In Fred A. Bernstein’s The Jewish Mothers’ Hall of Fame, Clara Sussman had reason to be proud of daughter, Rosalyn Yalow, who won the Nobel Prize for Medicine in 1977:

“[Rosalyn] wanted me to go [to the ceremony] in the worst way, but I was 92. I didn’t want to spoil her fun. I was at my doctor’s and he said to everyone, ‘This is the Nobel Prize winner’s mother,’ and they all applauded.”

When Clara was informed by a teacher that her daughter was a genius, she thought, “Genius? I don’t want a genius. I want I normal child. I was thinking of Albert Einstein. I had heard he was a little peculiar.”

BUT ON THE OTHER HAND

Mr. Fliegel and his daughter Rebecca were discussing some of her choices in men of which her father didn’t entirely approve. Trying to break through to him Rebecca asked, "Papa, would you prefer to have the son-in-law of your dreams with me miserable or let me choose the man of my dreams and you learn to love him?”

Fliegel pondered for a minute and replied: "I'd rather have the son-in-law of my dreams and you learn to love him!"

Mrs. Greenbaum pulled her daughter, Rebecca, into the bedroom for an intimate chat the night before her wedding:

“Darling, tonight is finally the time to tell you how to make your new husband happy for the rest of his life.”

Embarrassed, Rebecca answered. “Mama you are embarrassing me!”

“What’s to be embarrassed about how to make kugel?!” Mama asked.

Do you remember when you were little, when you were the only child and the apple of everyone’s eye, we called you Zisa Punim [Sweet Face]. Remember? And one day you got separated from your mother in a big department store – oy, she was frantic, hysterical, searching everywhere for you, when over the loudspeaker comes a voice: “Will Zisa Punim’s mother please report to Customer Service?” You thought it was your name. -- Carol K. Howell, Excerpted from “The Make-up Lesson” in “The William and Mary Reviews,” Spring 2001

OY! A GEFILTE SHE ISN’T

Chaim had eight daughters, all married but one, who, nebuch, was no beauty. So Chaim talked with Rabbi Kolowitz.

"Rabbi, I don’t know vat to do about mine poor Fannie. She seems too ugly for the men to vant to marry.”

"Vell, if she vas lying on a plate with herrings, I don’t think she vould stand out from the herrings."

"Hmm. So vat kind of herrings?" asked the rabbi thoughtfully.

"Oy, bad luck you really have,” said Rabbi Kolowitz. “If they were matjes, believe me, she’d have a much better chance."

[If you look up shmaltz herring vs. matjes – the joke will be funnier!]

Mama invited 16 people for Sabbath dinner. At the table, she turned to her seven-year-old daughter, Hannah and said, “Darling, would you like to say the blessing?”

Hannah said, “But, I wouldn't know what to say.”

Hannah bowed her head, sighed, looked to God and recited: “Oy vey! Dear God, I needed to invite all these people to dinner?!”

THE GREATEST FATHER OF ALL

Eve, in the Garden of Eden, called out to God.

“Dear God, I have a problem. You created me, a beautiful garden, wonderful animals, but I’m just not happy.”

“Ah. Then I shall create man for you.”

“Well, he is an aggressive creature, who can’t listen. He shall make you meshugge but he shall be larger, faster, and more muscular, which will be helpful for fighting, kicking a ball, and hunting. And he shall warm you in the night.”

“But my daughter, there is a condition which you and all daughters must continue throughout the ages.”

“Let him believe I made him first.”

Are Jewish Stereotypes Funny? Part 3
It Takes A Lot Of Faith To Be An Atheist
How Instagram Brought Back This Nostalgic Soup
What Makes Eli Run?
Comments
MOST POPULAR IN Jewlarious
Our privacy policy