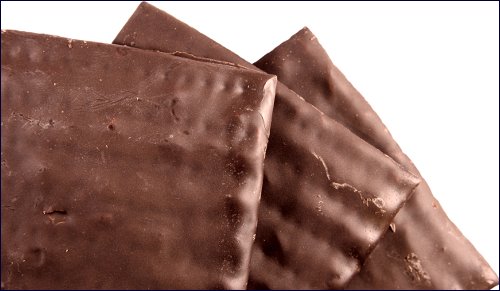 Plus a traditional Jewish chocolate recipe.

Chocolate is one of the most popular, romantic foods. It also has some surprising Jewish roots and connections. Here are nine little known facts about Jews and chocolate – plus a traditional Jewish chocolate recipe.

The first Europeans to discover cocoa were crew members sailing to the New World with Christopher Columbus, some of whom were Jews. Setting sail in 1492, the same year Jews were expelled from Spain, Columbus carried Jewish crew members with him, including his translator Luis de Torres, who chose to stay behind in the Americas instead of returning to Inquisition Spain. (Click here to read an article about Columbus’ Jewish identity.)

Columbus likened the cocoa fruit his crew encountered to strangely shaped almonds, and brought some back with him. Cocoa fruit isn’t good to eat plain. Aztecs would roast and grind the fruit before mixing it with water, hot chilies and vanilla. Aztec warriors downed the mixture before entering into battle; Aztec emperor Montezuma reportedly drank 50 cups a day.

“Chocolate” in the 1600s and 1700s meant hot cocoa: a spicy, sweet drink that took Europe by storm. Production of early chocolate’s three primary ingredients – cocoa, sugar and vanilla – was pioneered by Jews.

Jewish brothers David and Rafael Mercado, living in present day Guiana, invented early machinery to process and refine sugar. When the local Dutch authorities prohibited them from trading sugar, they began trading Mexican cocoa and vanilla. Soon David and Rafael controlled Mexico’s burgeoning chocolate business, ending their dominance only with the arrival of French settlers in 1690.

The first modern cocoa processing plant was the brainchild of Benjamin d’Acosta de Andrade, a Portuguese secret Jew who moved to Dutch Brazil in the 1600s and there began to practice his Judaism openly. When the Portuguese recaptured the area in 1645, Benjamin found himself in danger from the Inquisition once again, and fled to the Caribbean island of Martinique where he traded in cocoa. Soon, Benjamin and other Jewish traders controlled Martinique’s booming cocoa business.

French settlers resented the Jewish traders’ success and pressed for the “Black Code”, a 1685 law expelling all Jews from Martinique. Benjamin d’Acosta de Andrade and other cocoa, sugar and vanilla traders resettled in nearby islands of Curacao (ruled by the Netherlands) and Jamaica (controlled by Britain), where they turned those islands into powerhouses in the new craze for chocolate drinks.

Chocolate as we know it – sweet candies made from cocoa and other ingredients such as milk, cream, nuts or butter – was invented by Jewish refugees fleeing the Portuguese Inquisition in France.

With the introduction of the Inquisition in Portugal in 1536, some Jews fled to nearby France, settling across the border in the village of Saint-Esprit, near Bayonne. They were allowed to live in France as “New Christians”, and heavily restricted in their ability to travel, own land, and trade. One industry was open to them: relying on contacts with other Jews and secret Jews in the New World, the French community imported cocoa and processed early chocolate treats.

Resenting their success, the local chocolate guild pressed the authorities to prohibit Jews from working in the chocolate trade. This restriction was swept away in 1767, and the Jewish community near Bayonne resumed its chocolate production, selling new chocolates to an eager French public. By 1854, Bayonne boasted at least 34 chocolate companies, and was known as the premier chocolate producing city in France.

With so many Jews in the cocoa business, Jewish cooks in both the Americas and Europe began to experiment with chocolate long before their non-Jewish neighbors. Mixtures of sugar and cocoa found their way into cakes in Jewish kitchens from France to Italy to Hungary.

Local officials often were suspicious of these luscious cocoa-infused delicacies. In the 1600s, Church officials called hot cocoa “the beverage of Satan” and discouraged Catholics from indulging in the new fad of cocoa. In 1691, French authorities banned Christians near the Jewish chocolate producing town of Bayonne from eating the Jews’ chocolaty treats.

In Colonial America, the chocolate trade was introduced and dominated by two Sephardi Jewish families, the Gomez family in New York, and the Lopez family in Rhode Island. Cocoa trader Aaron Lopez was one of the most prominent businessmen and philanthropists in Colonial Rhode Island. An ardent supporter of the American Revolution, he wrote that the shortages due to political upheaval were especially hard on kosher-keeping Jews, who were “forced to subsist on chocolate and coffee.”

As chocolate became ever more popular in Europe, one huge fan was Prince Klemens von Metternich, foreign minister of the Austro-Hungarian Empire. At an 1832 banquet, the prince wanted to impress guests with an extra-special dessert. The main cook was sick, so his 16-year-old apprentice, a Jew named Franz Sacher, stepped in and created a chocolate sponge cake filled with apricot jam, coated with chocolate and served with whip cream. The cake was a huge hit, and the “Sacher Torte” was born. 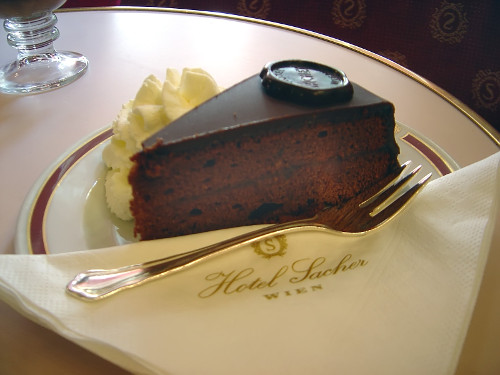 Franz’s son, Eduard, became a baker too and made the Sachertorte his signature dish, first at the famed Demel Bakery in Vienna, then at the iconic Hotel Scher. Sachertorte continues to be an iconic Viennese dessert and one of the most-loved chocolate cakes worldwide. 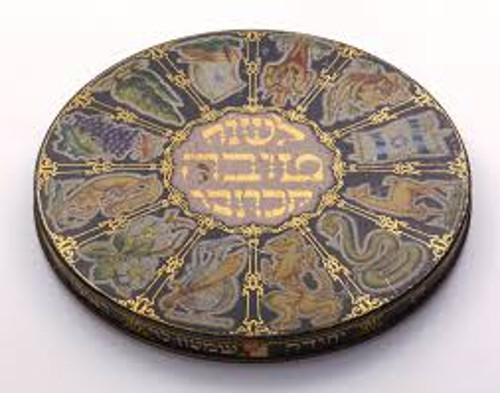 Israeli scientists have found that eating chocolate cake for breakfast can be healthy, and can even help us lose weight.

Professor Daniela Jakubowicz of the Wolfson Medical Center in Holon, in Israel, studied 193 obese adults, half of whom she asked to eat a substantial breakfast that included carbohydrates, protein, and chocolate cake. The other half of adults in her study were asked to consume lower-calorie breakfasts that did not include chocolate cake. Both groups were on a low calorie diet overall. After four months, those who’d enjoyed chocolate cake each morning had lost an average of 33 lbs., while those who avoided chocolaty breakfasts actually gained weight.

Prof. Jakubowicz noted that enjoying chocolate cake seemed to help head off cravings for sweets later in the day, and helped people avoid snacking and deviating from their diets.

In the past 20 years, Israel has developed a vibrant “chocolate culture”. Business partners Max Fichtman and Oded Brenner helped spark Israel’s chocolate revolution in 1996, when they founded the store Max Brenner with the goals of forging “a new culture of chocolate” in the Jewish state. Today, the chain’s high-quality treats are sold in Israel, Australia, the US, Singapore and the Philippines.

In Israel, the culture of chocolate innovation they helped spark is continuing with unique, high-quality chocolate manufacturers dotting the country. Israeli-made chocolates often feature unique flavors evoking the Middle East and Asia, such as pistachio, jasmine, cardamom and ginger. Israelis consume over $40 million of domestic made chocolate each year, and in 2016 the Jewish state exported $10 million of Israeli chocolate worldwide. Even such famous chocolate-producing countries as Belgium and France now import chocolates from Israel’s vibrant producers.

Cookery writer Claudia Roden found the recipe for these old-fashioned chocolate candy treats from Trieste, in Italy, where they are a traditional dessert among that city’s old Jewish community; they are often eaten on Passover.

Put everything in the a processor and blend to a soft, creamy paste. Drop into little paper cups by the heaping tablespoonful. Bake in a preheated 350 degree F (180 degree C) oven for 25 minutes, or until slightly firm. They are meant to be soft and moist.

(From The Book of Jewish Food: An Odyssey from Samarkand to New York by Claudia Roden, Alfred A. Knopf, Inc., 1996.)

Being a Jew of Color: Will Accepting Our Differences Make Us Better People?
Live Abortion Panel
Morality and Abortion: Three Views
There Are No Limits
Comments