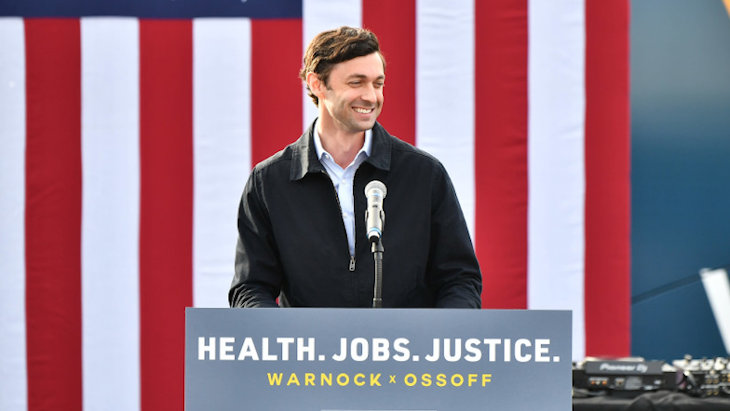 When Jon Ossoff of Georgia took his oath of office recently, he used a Hebrew Bible that once belonged to an Atlanta synagogue that was firebombed by white supremacists in 1958. Later that night, he tweeted that the Bible – which he’d talked about publicly before his inauguration – wasn’t the only important piece of American Jewish history he had with him during the ceremony. He’d also brought something much more personal with him.

“Today, as I was sworn in, I held in my jacket pocket copies of the ships’ manifests recorded at Ellis Island when my Great Grandfather Israel arrived in 1911 and my Great Grandmother Annie arrived in 1913,” Sen. Ossoff announced, concluding, “A century later, their great grandson was elected to the U.S. Senate.”

Sen. Ossoff's touching family gesture reflects the key Jewish value of remembering our family histories and ancestors. Time and again, Judaism reminds us that we’re not alone: each one of us is the child and grandchild of relatives who worked hard to pass on wisdom and family traditions to us. No matter what path we tread in life, we each are inextricably linked to our ancestors. We are the repository of their hopes and their dreams for the future. 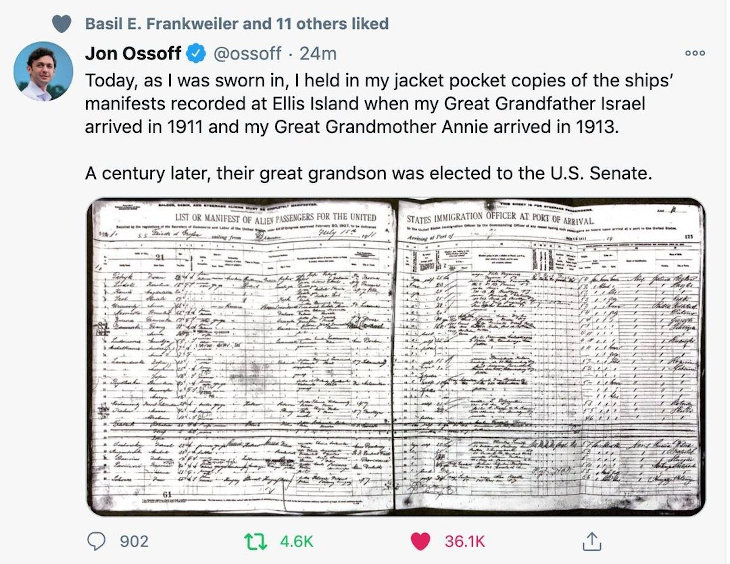 The Hebrew language reflects the unbreakable link we each have to our parents. The way we say Jewish names – the key to our identity – includes our parents’ names as well. Jewish names are a combination of our Hebrew first names then bat (daughter of) or bar (son of) and our parent’s name. The message is unmistakable: none of us is solitary – we are all part of a family history whose story we continue to write. Our story stretches back through the generations that came before us.

Sen. Ossoff isn’t only Jon Ossoff, he’s also Jon Ossoff, the son of his parents – and great grandson of his ancestors’ whose ship manifests he held in his pocket during his inauguration. 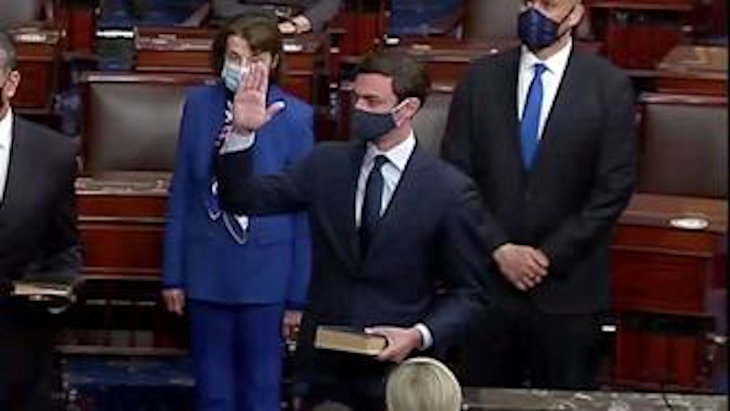 Knowing where we came from gives us a greater sense of gratitude. So many people worked so hard and took great risks so that we can enjoy life today. Their struggles paved our way, and the values they held dear inform us still. In a sense, we each walk around carrying our great-grandparents’ ship manifests or other documents as stories and memories that make us who we are. And it's our responsibility to continue their legacy and live up to our family’s hopes and dreams.

Jewish Man Buys 400 U.S. Soldiers Dinner
Bechukotai 5782: Divine Retribution
Behar 5782: Working to Live or Living to Work?
The Wholeness of Being Broken
Comments
MOST POPULAR IN Society
Our privacy policy