Jerusalem and the U.S. Administration 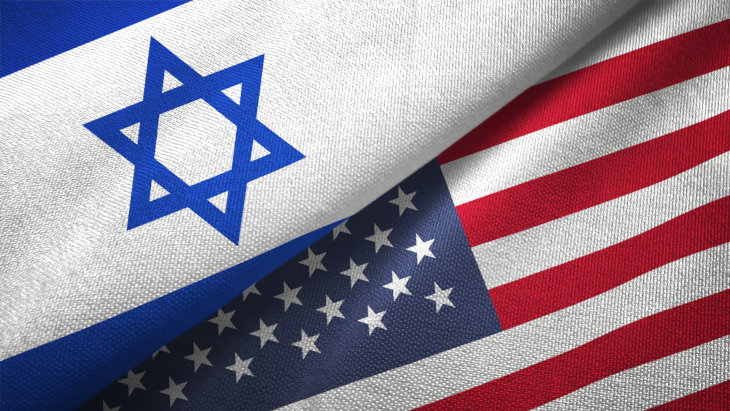 Understanding the geo-political dynamics of Jerusalem under Israeli sovereignty.

What does it mean for Israel that the United States has a new leader? Should we expect a repeat of previous policies, or will the President Biden and the new White House administration forge its own path?

Assuming the latter, these principles guide the U.S.-Israel relationship:

One positive stabilizing sign is reflected in the Biden administration’s commitment not to roll back the reality of the U.S. Embassy in Jerusalem and the recognition of Jerusalem as Israel's capital.

The administration also expresses commitment to a “two-state solution” regarding Palestinians, while recognizing that the parties are not quickly returning to the negotiating table. U.S. Secretary of State Anthony Blinken added his wish that neither party "takes steps that make the already difficult process even more challenging."

There are multiple visions for a peaceful resolution of the Palestinian-Israeli conflict, which include also the option of a two-state solution. Lovers of Israel and united Jerusalem must plan for a future that avoids the repetition of past mistakes.

Any peaceful resolution will need to have the agreement of both parties, and a commitment to stop incitement and dismantle all terror infrastructures and activities.

Even considering the option of a two-state solution, it must not include the disastrous division of Jerusalem into two capitals – due to multiple, historical, religious, social, safety and practical factors. Supporters of Israel and a united Jerusalem must adopt strategies to positively impact and inform, to ensure that rusty, failed and dangerous narratives regarding an Arab capital in Jerusalem are not reintroduced.

The following points can help to improve, educate and advocate for keeping Jerusalem united and secure. Share these facts with the American public and others who are wise enough to form an opinion, and with legislators on bipartisan sides of the aisle – at both the federal and state level.

A stable and strong Israel has successfully limited the success of radical nationalist movements in Lebanon, Jordan, and PLO-controlled areas. In addition, Israel assists America in intelligence-gathering and covert operations, among other projects. A weakened Jerusalem significantly weakens Israel and its value to the U.S.

Benefit of united Jerusalem for Christians

A large portion of the American Christian public feels strongly that Jerusalem must remain under Israeli control and sovereignty.

As demonstrated by pre-1967 history and current events around the world, Christian holy sites in Muslim-controlled areas do not fare well and are often destroyed. Only Israel can guarantee that Jerusalem remains an open city, embracing all religions with holy sites freely accessible to all.

Benefit of united Jerusalem for Arabs

Surveys of eastern Jerusalem Arabs by international groups repeatedly reflect that most Arab residents of Jerusalem do not want to be under Palestinian Authority or Hamas control, under which they would lose freedoms, financial stability, and other Israeli benefits.

Dividing Jerusalem would imperil the jobs of over 40,000 eastern Jerusalem Arabs who work in western Jerusalem daily – at salary scales often four times higher than in PA-controlled territory.

Hatem Abdel Kader, a former PA Minister for Jerusalem Affairs, has said, "Jerusalem is at the bottom of the [PA's] list of priorities. The Israelis have a plan and vision for Jerusalem, while the Palestinians have nothing to offer."

By sharing knowledge with all your contacts, you can help improve the lives of peace-loving citizens of all religious beliefs and backgrounds, in the Middle East and beyond. It will also strengthen America’s pro-Israel, pro-Arab and pro-U.S. policies, and will prevent many mistakes of past failed policies.

Get informed about the facts. Share it with others. Help make our world a better place for all.

Evolution of the Region

Is Israel an Apartheid State?

Take Israel Off Travel Warnings List
Were Adam and Eve Jewish?
How I Learned to Love the Multiverse
10 Big Jewish Inventions
Comments