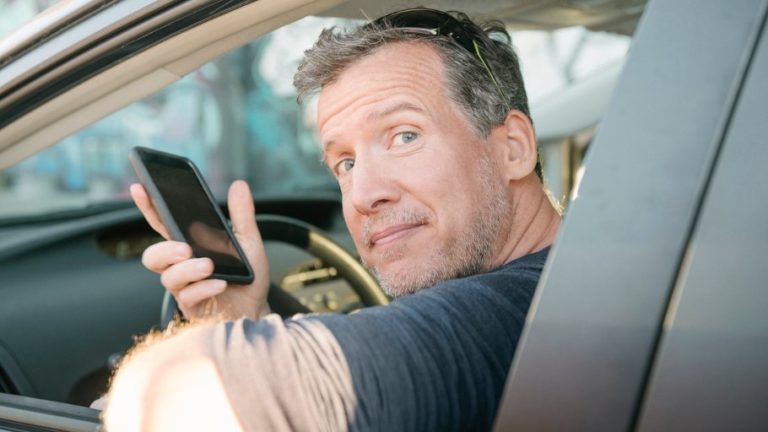 “I just had one of the worst experiences in my life,” wrote Itay Milner, Israel’s Deputy Consul General to the Midwest, on Thursday, May 3, 2018 when an anti-Semitic Uber driver forced him out of his car. In an exclusive Aish.com interview, he shared what happened.

It was about 6pm and raining heavily when Itay ordered an Uber. A highly rated driver named Yuva arrived and at first he and Itay made small talk. The diplomat didn’t ask Yuva where he was from, but it seemed he was Middle Eastern. Ten minutes into the ride, as the car was moving along East Lower Wacker Drive, one of the busiest streets in downtown Chicago, Itay’s phone rang and he answered it in Hebrew, asking his caller how he was doing.

All it took was two words in Hebrew and the Uber driver suddenly stopped and started screaming at Itay, demanding that he get out at once.

All it took was two words in Hebrew and the Uber driver suddenly stopped and started screaming at Itay and swearing, demanding that Itay leave the car at once. Itay asked if it was because he’d spoken Hebrew, and the driver said yes.

Itay then pointed out they stopped in the middle of a busy highway and there was nowhere for him to walk. The driver was unmoved: “It was like I wasn’t a person for him anymore.” Alarmed, Itay got out of the car and started walking in the rain along the traffic-clogged thoroughfare.

“I am not easily intimidated,” Itay wrote after the attack, “but that scared me, and I ran out of there, walking in the middle of the road.” 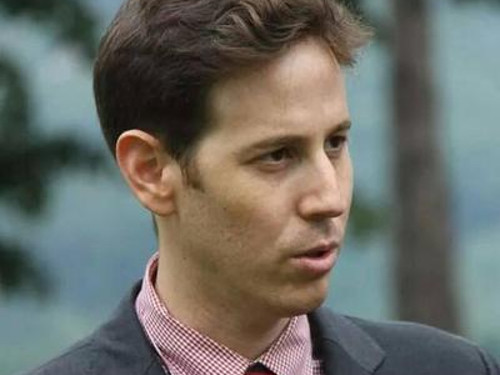 A former soldier in an artillery unit in Israel’s Defense Forces and a seasoned diplomat, Itay is used to dealing with criticism and obstacles. But nothing had prepared him for the raw hatred he received that night. Itay has heard attacks directed against the Jewish state, but nothing ever targeted him so personally.

“When I was previously on the receiving end of hatred I was wearing my diplomatic hat,” Itay explains. “It wasn’t against me, it was against Israel.” A consummate diplomat, Itay - who prior to working in Chicago was Israel’s Deputy Ambassador to Serbia, tried to turn encounters, even hostile ones, into teaching moments.

Facing the raw hatred of the Uber driver, Itay saw it was impossible to reach him. He has given speeches about the rise in anti-Semitism worldwide, “but until it happens to you, you don’t really know how it feels to be attacked because of who you are, because of your ethnicity and your religion.” Coming from Israel, Itay never experienced fear because he was Jewish. All that has changed. “It gives you a sort of a taste of how it is to be a minority and to be attacked.” 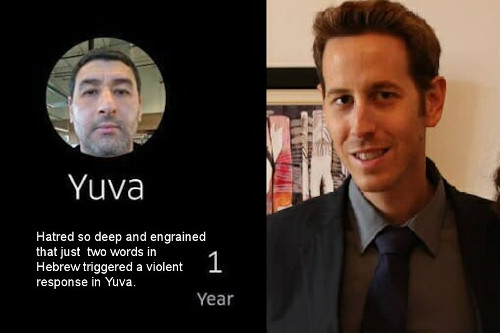 With his diplomatic training, Itay knew how to respond to such visceral hatred. As soon as he got home, he posted a description of what happened on Facebook and Twitter. Publicizing his Uber driver’s actions would be the best way to ensure he couldn’t repeat his hatred and verbal attack on anyone else. Anyone who experiences anti-Semitism in the United States should contact the Anti-Defamation League to report their abuse, Itay recommends. Groups like the ADL can marshal resource and attention and hold anti-Semites accountable for their actions, offering victims of anti-Semitism vital legal resources and support.

“Don’t accept this kind of behavior… If something like that happens to anyone, stand up to it.”

Within hours, Itay’s posts went viral. Four days after the incident, his Twitter post had been viewed nearly a million and a half times; hundreds of thousands of people have commented or shared his posts.

Some of the comments are virulently anti-Semitic and hostile to the Jewish state: “Itay...if they don’t want you in the US don’t come to Canada. A war criminal drenched in blood is a step up from how you will be seen here” is one typical response. But these negative comments are in the minority. “I’m overwhelmed to see how strong the American public is against the prejudice I experienced,” Itay notes. “If anything, this has made me appreciate the United States much more. We see these types of things happening in other places in the world, but often there is little attention paid when Jews are attacked.”

Many people have offered to drive Itay wherever he needs to go. While he is not accepting any of these offers, Itay explains, he does answer them and describes them as very kind. “I get messages from African Americans who say they get racism in their daily lives too and they know how it is.” Itay also has received many offers of rides “from Jews of all types, from Americans of all types’.

Uber has also been supportive, apologizing to Itay and suspending the driver the day after the attack.

Since being berated and forced out of the Uber, Itay has found himself looking at the world a little differently. He’s learned how important it is to building alliances and to stand up for yourself - and others. “My message is: don’t accept those things,” he explains. “Don’t accept this kind of behavior: not towards you, not towards your community, and not towards any community. If something like that happens to anyone, stand up to it.”

The Foundation Stone of American Democracy: The 1620 Mayflower Compact