Is Zoom a Window or a Mirror? 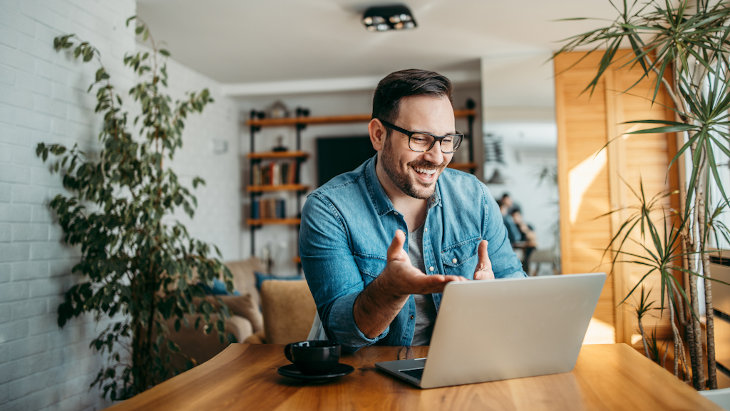 Plastic surgery for the soul.

Recently, plastic surgeons are reporting an unprecedented number of requests for procedures. Though the actual data won’t be available until spring 2021, assuming the anecdotal reporting is accurate, it could be the result of several factors. Perhaps it is simply pent-up demand after months of shutdown. It could be the lack of social events and gatherings, combined with wearing masks in public, making now the perfect time to get a procedure.

Or maybe it’s something else. One cosmetic surgeon, Dr. Jon Mendelsohn, reports that in his office, injectable procedures such as Botox and fillers were up 90 percent compared with the same period last year. When asked why he thought that is, he said, “During the virtual consultations, 9 out of 10 people commented about noticing these things over Zoom.”

Whether you are giving the class or listening to it, leading the meeting or attending it, over the last nine months almost all of us have spent a lot of time on Zoom, often essentially looking in the mirror. As opposed to typical, face-to-face interactions, on Zoom you end up seeing more of yourself than you are used to. Apparently, many don’t like what they see (and now realize others see) and are choosing to change it with a procedure or injection.

Those living with others are spending more time with them, and are more on top of each other, than ever. For many, coronavirus has been a pressure cooker, tense and intense, anxious and overwhelming. Many have discovered strength, faith and resilience they never knew they had. Others have found patience, calm, and the ability to see the blessings. But others, and in some way, probably all of us, have also discovered flaws we need to work on, or have seen character traits and qualities exposed that could use some work.

This pandemic can be either a window or a mirror. It can serve to only reveal to others who we truly are, a glimpse for the outside world to look in. Or, we can look in the mirror to learn more about ourselves, even if it means seeing blemishes and faults.

With a credit card or cash, a plastic surgeon can change what we see on Zoom that we don’t like. But changing what we see when we truly look inside ourselves, and listen to others describe what they see, takes a lot more effort and work.

Rav Yitzchak Hutner writes (Pachad Yitzchak, Yom Kippur 1:8), “The truth of the matter is that the power of change is the greatest innovation, after the wonder of the creation of Heaven and Earth.” The Vilna Gaon writes (Proverbs 4:13), “A person lives in order to break the attribute which he hasn’t broken yet until now. Thus, a person must always strengthen himself to work on this, because if he doesn’t, what is the point of living?”

Don’t push the virtual mirror away because you are afraid of what you will see. Embrace it, lean into it, be proud of the beauty you behold and be bold enough to confront the blemishes you inevitably see. We live not to be in denial of what we need to work on but to discover it, and strengthen ourselves to work on it. We become partners with God in creation when we reinvent and re-create ourselves as necessary.

In the early 1970s, Maryland was one of the first states that came out with vanity license plates. You could choose up to 6 letters and personalize your license plate. My friend’s father had a great idea. He was working as a director for NCSY at the time so he got a license plate with the word, “Torah.” He was so proud of that license plate. Driving around, every so often someone Jewish would pull up beside him and honk and wave to show or take pride in their Jewish identity. And of course, sometimes others would honk and give a different gesture to demonstrate their lack of support for Torah or Jews.

One hectic Friday the man had an order waiting for him at a restaurant. The hour was late, Shabbat was coming, and there was no place to park. He circled around the block once and finally he double-parked, turned on his hazard lights and ran in to pick up his orders, which were not completely ready. A few moments later he returned to his car to find not one, but two notes on the windshield which essentially said the same thing: For a Torah Jew, illegally double-parking and blocking traffic is not a mitzvah. Message received.

Just one week later, my friend’s father was driving and found himself stuck behind a driver who seemed to be moving in slow motion. He sped up to pass him and stared down the slow driver as he did. Sure enough, half a mile later, he stopped at a traffic light and the other driver pulled up next to him, rolled down his window, and said, “You know, a person representing Torah should have a little more patience.”

That night my friend’s mother saw her husband removing the license plates from his car and asked him what he’s doing. “I’m going back to number plates.”

“But why? You love these plates!” his wife said.

He related the recent events to his wife and shared his frustration but instead of offering comfort or support, she challenged him: “So what you’re saying is you would rather change your license plate than change your behavior?”

He kept the license plates and he worked on changing himself. Psychologists point out that one of the greatest obstacles to functioning relationships in our family, at work, and with friends, are the blind spots we live with. We think we see ourselves and appreciate how the way we behave impacts those around us. We blame those around us instead of looking in the mirror and confronting that which we need to change, and it isn’t our license plates or our wrinkles.

If we use this intense, challenging time to learn about ourselves and work to improve, when it finally ends we can emerge more beautiful inside and out.

Looking for God Amidst the Pain

PODCAST: Rebbetzin Heller on Breaking Free from What’s Holding You Back

Happiness: The Three S's of Sukkot
Baked Burik Recipe
Blocked Goals and Anger
Why the Mezuzah is Placed on a Slant
Comments
MOST POPULAR IN Spirituality
Our privacy policy