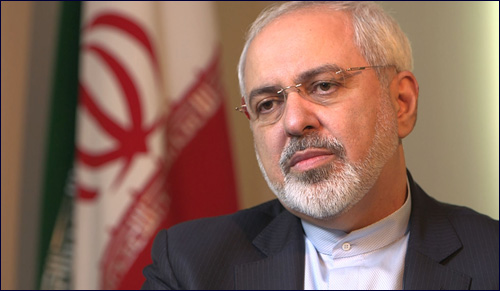 Just before Purim, Israeli Prime Minister Benyamin Netanyahu said to a group of young people: “In Persia, they wanted to kill us, but it didn’t work. Today too Persians are trying to destroy us but today too it will not work.”

Javad Zarif, the Foreign Minister of Iran, disagreed with Netanyahu’s interpretation. In a Tweet and a follow-up, he said: “Once again Benyamin Netanyahu not only distorts the realities of today, but also distorts the past – including Jewish scripture….The Book of Esther tells how Xerxes I saved Jews from a plot hatched by Haman the Agagite, which is marked on this very day.”

Of course, we who read the Book of Esther every Purim know that Ahasheurus (the Jewish name for Xerxes) was fully on Haman’s side with regard to destroying the Jews until Esther and Mordechai, the real heroes, turned him around. But we see how Jewish history can be easily misinterpreted by our enemies.

Distorting the Torah is nowhere more evident than in this week’s Torah portion where we read the story of the Golden Calf. Forty days after hearing God at Mount Sinai, the Jews are busy building and dancing around a golden calf. What’s going on? How could they be doing idol worship so soon after they heard God?

According to some Christian scholars, there is a simple answer to that question. The Jews were incapable of doing the right thing! In fact, the Torah was only given to them to demonstrate that, because of original sin, human beings were incapable of keeping it – therefore, they needed the new covenant of Christianity, Judaism Lite.

From a careful reading of the Torah, and the indispensable Midrash, we see that it wasn’t so. The Jewish people thought that Moses was dead. After hearing God at Mount Sinai, they had asked Moses to get the rest of the Torah for them. Now, without Moses, they felt they needed some sort of intermediary to be able to communicate with God. The calf was a replacement for Moses, not a replacement for God. They looked at it as a tangible Kabbalistic symbol to focus their attention, to get what Jews later would get from going to the Temple, or Jews today get from going to the Western Wall.

The Torah tells us that, at our level then, it was a terrible mistake. We didn’t need anything physical; we should have been able to pray to God directly. The need for something physical, even though it wasn’t idol worship, was the start of a road that would lead to idol worship at a later date. That’s why God was prepared to treat their actions so harshly had Moses not prayed and lead them to repentance.

It is important today that we Jews know our history. When we don’t, we can easily be confused by falsifications of our history. No Jew who has gone through the Book of Esther will be taken in by the Iranian Foreign Minister who speaks for a country that wants to make Haman’s dream a reality. But how many Jews are there today who know less about the Purim story than Javad Zarif?

A must-read book for anyone who needs more knowledge about Jewish history is Rabbi Ken Spiro’s A Crash Course in Jewish History. We shouldn’t wait for our enemies to remind us of what we don’t know.

Rabbi Chaim Willis was raised in a secular Jewish home in New York City. He came to Israel in 1975, and learned with Rabbi Noach Weinberg in Aish Hatorah. Together with Rabbi Kalman Packouz, he started the first Aish Hatorah branch in St. Louis, Missouri in 1979. He is presently the executive director of Aish Hatorah South Africa in Johannesburg. He has recently published a book on Pirkei Avos, Sages Online: Ancient Wisdom for a Modern World. Sages Online: Ancient Wisdom for a Modern World is a new commentary on the first chapter of Pirkei Avos. It focuses on the relevance of the Sages wisdom to our lives in the world today. Click here to order yours.

An Old Story: Anti-Semitism, Past and Present