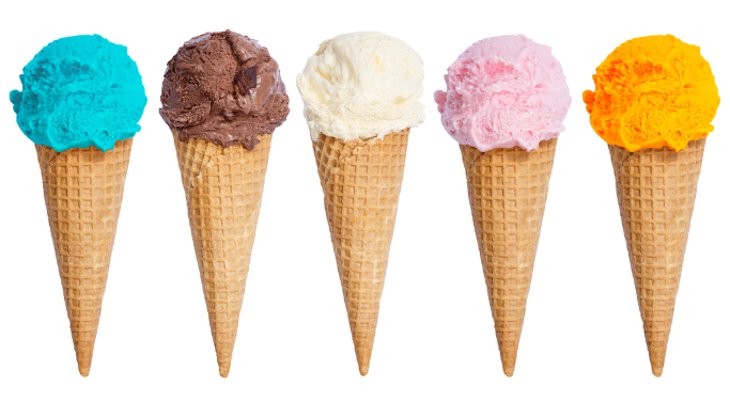 Ice cream, the quintessential summer treat, has some surprising Jewish connections. Here are six facts about Jews and this delicious treat.

There are ancient references to eating cold sweet treats. Roman emperors are said to have ordered slaves to climb mountains and bring back snow from the tops: the ice was flavored and enjoyed as a refreshing snack. China’s ancient King Tang of Shang recorded employing 94 “ice men” who prepared a recipe made of buffalo milk, flour and camphor which was eaten chilled.

This rich-sounding dish is similar to a childhood favorite that Jewish cookbook writer Claudia Roden recalls from her own childhood growing up in a Jewish quarter of Cairo called dondurma kaimak. For 40 years since she left Egypt, Roden was “searching for this mythical ice cream made with buffalo’s milk thickened with sahlab (the ground root a type of orchid…) and flavored with rose water and mastic” that she remembered from her youth. The closest dish she encountered was a chilled custard she ate in Israel, prepared by a Jew whose family had origins in Turkey. (Quoted in The Book of Jewish Food: An Odyssey from Samarkand to New York by Claudia Roden. Alfred A. Knopf: 1996.)

Ice cream as we know it was probably in Italy during the Renaissance, and for generations it was considered an Italian food. Italian vendors served ice cream in cafes across Europe and sold the treat from specially-made vans. By the mid-1800s, ice cream was a popular dessert. Though Italians still largely controlled the ice cream trade, in Britain Jews were sometimes baselessly accused of bringing in immigrant ice cream vendors from Italy and corrupting children with this delicious sweet treat. 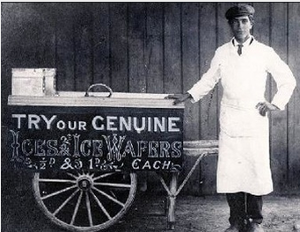 By the early 1900s ice cream was so popular that immigrants to the United States were fed it in Ellis Island, along with other popular American foods such as bananas and sandwiches. For thousands of Jewish immigrants, ice cream was one of their first tastes of America, the new country they would call home.

Some of the most iconic ice cream brands in America were started by Jewish immigrants. Irv Robbins, born in 1917 in Winnipeg, used his bar mitzvah money to launch the Snowbird Ice Cream parlor in 1945 in Glendale, California. Irv was a master ice cream maker, having learned the trade as a kid in his father’s ice cream store. When he served as a lieutenant in the US Navy during World War II, he’d spent his spare time making ice cream for his fellow soldiers. 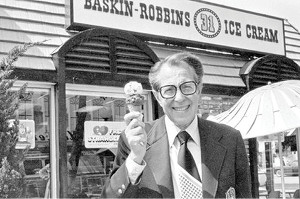 Snowbird Ice Cream featured a new innovation: 21 different flavors, a dazzlingly large selection at the time. A year later, Irv’s brother-in-law Bert Baskin opened his own cafe, Burton’s Ice Cream Shop in Pasadena, California. The two joined forces in 1948, combining their know-how and their stores, and introducing the high quality ice cream that made Baskin-Robbins ice cream a beloved brand for generations. (In 1994, Baskin-Robbins merged with Dunkin’ Donuts, which was also founded by a Jewish entrepreneur, William Rosenberg, in 1950.)

In 1961, Häagen-Dazs came on the scene, offering American consumers a delicious new, high-quality ice cream. It was the invention of Jewish immigrants Reuben and Rose Mattus. Reuben moved from Poland to the US with his mother when he was a young child, and the pair immediately started working for a relative in the Italian ice trade. Reuben learned the ropes of ice and ice-cream making, but he realized something was missing.

The only country which saved the Jews during World War II was Denmark. So I put together a totally fictitious Danish name and had it registered.

Mattus experimented with making heavier ice cream that was richer and used natural ingredients. Soon, they had a delicious product on their hand. The only problem was what to call it. The couple wanted an upscale-sounding name, so they invented the vaguely Danish-sounding name Häagen-Dazs. “The only country which saved the Jews during World War II was Denmark,” Reuben Mattus later recalled; “so I put together a totally fictitious Danish name and had it registered.” 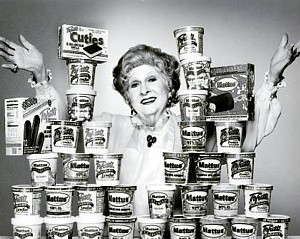 It was important to Reuben and Rose that Haagen Dazs was kosher. “If I made good ice cream, I wanted my people to get it, so I made it kosher” Reuben explained.

Haagen-Dazs was sold to Pillsbury in 1983, and continues to make delicious – and kosher – flavors of ice cream. 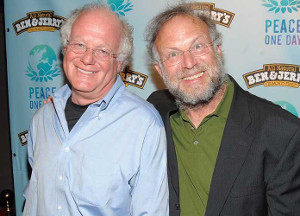 Ben and Jerry’s ground-breaking ice cream company was founded in 1978 in Burlington, Vermont, by Ben Cohen and Jerry Greenfield. The pair tried to establish a socially conscious firm, using recycled materials to build their first cafe and using hormone-free milk in their products. They also delighted consumers with their amusing names for ice cream flavors, such as Chunky Monkey and Chubby Hubby. Though Ben and Jerry’s has been owned by the multinational corporation Unilever since 2000, it still produces amusing new flavors and names for its ice cream. In 2017, the company even distributed a special kosher for Passover flavor in Israel: haroset, echoing the popular wine, apple and nut dish served as part of the Passover seder.

Some of the most innovative ideas in ice cream making have come from Jewish inventors and chefs. In 1973, Steve Herrell opened Steve’s, a wildly popular ice cream parlor in Davis Square in Somerville, Massachusetts near Boston. Herrell pioneered a new way of making rich, dense ice cream – and served his delicious ice cream with a new twist. Rolling out slabs of ice cream, he’d mix in treats like crushed candy bars and cookies. Ice cream “mix ins” soon became a national trend. 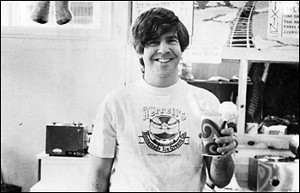 A new Israeli company, Solo Gelato, is set to shake up the ice cream world even more: they have invented a machine that uses containers that are the same size and look similar to coffee pods to make individual servings of rich ice cream right in people’s kitchens. Their 24 options include no-sugar ice cream pods, organic, alcoholic and other ice cream variations.

Millions of people are lactose intolerant or allergic to milk products – yet they can still enjoy ice cream thanks to David Mintz, who spent years experimenting with non-dairy versions of ice cream in the 1970s. Mintz himself is lactose intolerant, but as an observant Jew, he recognized another market for non-dairy ice cream as well. Many observant Jews would love to eat ice cream for dessert after Shabbat and holiday meals, yet the rules of keeping kosher meant that ice cream couldn’t be served after a meal that contained meat. 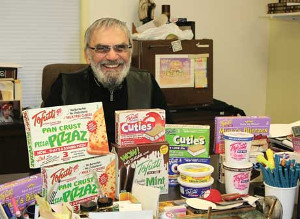 Mintz worked in the fur business, but his father had been a baker, and he knew about food and the catering industry. With encouragement from his wife Rachel, Mintz spent nine years experimenting with different recipes. Finally, a tofu-based recipe gave him the delicious taste and texture he was looking for. Mintz asked family and friends to taste his new non-dairy ice cream – then in 1981 set up his company making Tofutti – non-dairy (parve in Hebrew) ice cream for the mass market.

Israel is an ice cream powerhouse. Over a quarter of all ice cream sold in the entire Middle East and African market is consumed in Israel, according to one market research firm. Israelis eat an average of 8-10 liters of ice cream each year (less than Americans, who lead the world in ice cream consumption) – and produce some unusual and delicious new flavors.

Ice cream is so ubiquitous in Israel that a common Hebrew saying when people bump into each other is pa’am shlishit glida – the third time we meet, we’ll go out for ice cream together. It’s an apt expression, conveying the deliciousness and popularity of Israeli ice cream.

A Jewish Response to the Pittsburgh Massacre