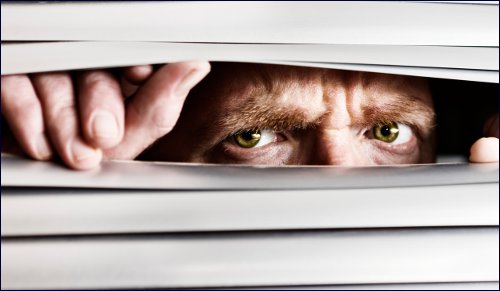 Like it or not, life is full of disagreements and disagreeable people. The Mishna in Ethics of the Fathers sheds light on how to deal with people who can or have wronged us:

Nittai of Arbel says: Keep far from a bad neighbor, do not become connected to an evil person and don't ever give up on the notion of reward and punishment (Ethics of the Fathers, 1:7).

This Mishna is offering advice on three different levels of dealing with unsavory people.

The first and optimum choice is to avoid them altogether – "Keep far from a bad neighbor." Some people we cross paths with are simply bad news, negative and toxic. The best advice is to try to completely avoid them. As I often tell my kids, “Nothing good can come from this." If you see a guy driving erratically on the highway, don't try and teach him a lesson, don't flash your lights or try to box him out. Let him go on his way and keep your distance so you don't get hurt by the collateral damage of his recklessness. Don't engage such people because "nothing good can come from this."

Every morning we say an important prayer: May it be Your will, My God and the God of my forefathers that You spare me today and every day from brazen and shameless people, from a bad person, a bad associate and a bad neighbor... from a difficult trial and a harsh litigant...

When it comes to being sued, very little good can come from it. Often when it comes to trials, court cases and the like, the best we are trying to do is get back to zero and limit the negative fallout. Nothing gets into the positive side of the scale in these situations and this is what this prayer and the first part of the Mishna are getting at: first and foremost we should do whatever we can do keep these people from entering our lives, including praying for it.

Unfortunately we can’t always avoid negative and toxic people. They may be family members, co-workers or your next door neighbor. That’s when the second statement of the Mishna comes into play. "Do not get connected to an evil person" is telling us that for those harmful people we cannot escape from, we need to keep our relationship with them to a bare minimum. Be cordial, be businesslike, don't look to pick a fight, and don’t do anything social with them unless forced to because of circumstances, and as the Mishna says, do not befriend or connect with them. You might have to share space with these people, but keep your distance emotionally and mentally.

And finally we have the third statement of the Mishna that, at first blush, does not seem to fit in: “Don't ever give up on the notion of reward and punishment.” The Mishna is addressing the situations when we can’t separate from bad people and, try as we might, they are in our lives and have had their negative impact on us. We are the victims of someone else's bad behavior, bad decisions, evil designs and the like. We have suffered financially, emotionally, materially or physically from the rotten choices of rotten people. No matter how much we would have preferred to avoid them altogether (Mishna statement 1) or kept it to a minimum (Mishna statement 2) sometimes it’s a sad fact of life that other people's garbage stinks up our lives.

So what are we to do? Hold a grudge forever? Jewish tradition tells us that there is a God, there is Ultimate Reward and Punishment and that we should never lose sight of that fact. What goes around comes around; measure for measure is built into the fabric of Creation and the righteous will eventually prosper while evil withers. away.

We can see that on a national level where our enemies have disappeared to the trash heap of history while the Jewish People continues to grow strong and successful. The same is true on an individual level; eventually the good guys come out on top and the toxic negative people will self-destruct.

If we have suffered injustice, it will be addressed. Maybe not this year, maybe not next year maybe not in 10 years - but it will, if not in this lifetime, then certainly in the next. And if it's any consolation, how often have we seen situations where someone did something terrible to us, we ended up hating them at the time but then years later, in retrospect, we saw the good come out from this.

Life is not perfect and unsavory people insinuate themselves into our lives. Stay away if you can, keep them to a minimum if you cannot and when all is said and done don’t forget that there is a just God who never forgets the evil done to you by another. Take a measure of comfort in that.