How to Get Over a Break-Up 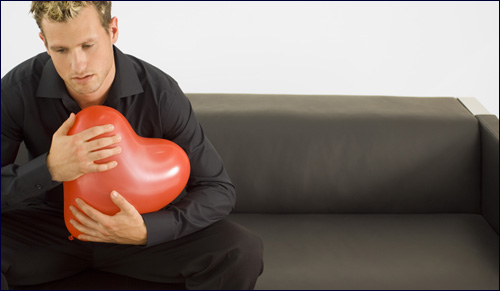 After seven months of great dating she suddenly broke up with me. I feel used and betrayed.

I'm in my early 30s and recently dated a woman in her late 20s with the intention of getting married. I come from a more traditional background than she does, and when we first started going out I explained that I was looking for something more than a boyfriend-girlfriend relationship. I told her that at this point in my life I'd rather be single than have a relationship that goes nowhere just for the sake of some fun and entertainment. She said she understood, and although she didn't come right out and say that she was also dating for marriage, I thought that if she continued to go out with me it meant that she was willing to have a serious relationship.

We got on well from the beginning and had a good time together. We shared many interests and values. I was open with her from the beginning about my career, earnings, lifestyle, and my goals for the future, and she seemed happy with it all. I felt that we were really getting to know each other and that we had connected on a deep level. In time, I confessed my feelings of affection for her, and I believed the feelings were mutual. I was shocked when, after seven months of dating, she abruptly ended our relationship without any warning or clear reason, beyond, "My feelings have changed, sorry."

That was two months ago and I've had a hard time getting over the break-up that I never saw coming. I just learned that she's in a new relationship. I feel betrayed and cheated. People around me tell me to accept that this is how dating works, and it's acceptable behavior. I find this hard to accept. I have never been involved with someone for more than a few dates before realizing if there is a serious potential or not.

I feel rather used and have am losing faith in people and their motives. I'd appreciate your advice on where to go from here.

It's a sad fact of life that dating can be heartbreaking. As you just experienced, sometimes one person is convinced that he's found the right person and the relationship should move forward but the person he's dating doesn't feel the same way. When the break-up comes, the person feels devastated, even betrayed. His former dating partner may have mixed feelings about the break-up that range from confusion, guilt, sadness, and relief.

Here are some perspectives that may make it easier for you to heal from what you experienced. The first and most important idea to internalize is that even though your relationship did not turn out the way you hoped it would, you did, for the first time, connect with another person in a deep way and see potential for the two of you. You were able to feel emotional intimacy and love for another person, and to feel that she connected to you as well. As Tennyson's said, "'Tis better to have loved and lost than never to have loved at all." It's natural to feel discouraged and hurt when a promising relationship ends, but the knowledge that that you can connect deeply, love, and be loved is something you can take with you and build upon.

While you believed this young woman was The One, at some point she didn't feel the same about you. You may think that even though you made your intentions clear from the beginning, she was leading you on the entire time you were dating, enjoying the connection and good times she had with you but ending things once you became serious. These thoughts can increase the hurt and betrayal you feel and you can get stuck blaming her for your misery. It seems to us that given the length of time you were dating and the depth of your connection, she valued your relationship and didn't make the decision to break up lightly

It is more likely that she thought she was ready for marriage or hoped to feel ready as time went on, and broke up with you when she saw it was time to move to the next level but wasn't able to do so. Or, she could have had strong feelings, felt a deep connection, and wanted to make it work, but after a time realized that you weren't right for each other. In either case, it may have been very hard for her to make the decision to end things. When we date for marriage, there's a risk that either of these situations can occur, and daters can experience one or more of these "almost The One" relationships before they find the right person. Many men and women who are now happily married will tell you that they were in at least one hopeful relationship that ended in disappointment before they met their husband or wife.

Benefit of the Doubt

How can you get over your feelings of hurt and betrayal and move forward?

Try to give your former dating partner the benefit of the doubt, that she made a sincere effort to go the distance with your relationship. This will help you develop faith in others and hope for the future. Allow yourself a little more time to grieve, but at the same time get back into your usual lifestyle - working, seeing friends, doing things you enjoy. When you decide you're ready to resume dating, let your dating partner know that you are dating seriously for marriage and only want to date a woman who has the same goal. If she can't agree that this is also her goal, don't continue to see her.

And find a married person whose judgment you trust to talk to from time to time while you're dating. The perspective of a married dating mentor can often give you support, encouragement and clarity. He can help you see good points when you have doubts and red flags you choose to ignore, encourage you to bring up topics of discussion you may be avoiding, and develop more realistic expectations..

We hope that you will soon be able to move forward and meet the right person.

Coming On Too Strong?