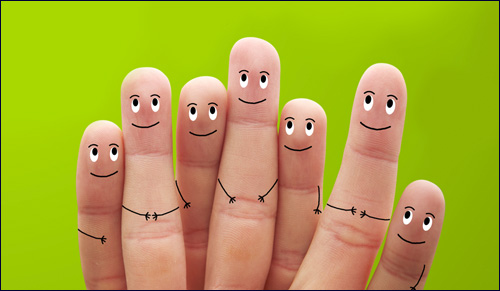 What a remarried couple needs to know to start their blended family on the right foot.

Sandy, a single mother of two, was divorced for six years when she met Dave, who’d recently ended a long and bitter marriage. The two quickly found they had a lot in common and eagerly tied the knot…joining Sandy’s two with Dave’s three and instantly becoming a family of seven.

“It’s a good thing we didn’t know what we were getting into,” Sandy says ruefully, a year later. “We’ve come a long way, but boy was that first year hard.”

Although research reports that the divorce rate in the Western world is tapering off, remarriages are here to stay…along with the challenges of healing from a painful past, attending to the needs of all the children involved, and creating a solid foundation for the new marriage. But as long as you’re ready to put in the effort to stay committed and stick with it, there’s enormous potential for a creating a large, loving family.

Here are a few suggestions that will help a remarried couple start off on the right foot:

Know yourself – and what you need from a spouse. If you’re a single parent, whether widowed or divorced, make sure you and your intended are on the same page as far as the children go. Is he willing to serve as surrogate dad? Is she interested in becoming a mom of many? Be open with each other about what you’re willing to take on and what you’re not.

Don’t bring in baggage. Do the work you need to heal from your first breakup before you start dating. Communication, respect, and honesty are equally as important the second time as the first, but self-awareness is key too. Understand why your first marriage didn’t work and what you may need to do differently this time, whether it’s looking for a different personality type or being more aware of your own responsibilities.

Discuss short- and long-term family goals. What you would like your family to look like five, ten, fifteen years from now? How about next week or next month? Talk about your goals often, both before the big day and after it, so as not to lose sight of them in the nitty-gritty of “Whose turn is it to wash dishes?” and “Can’t you get your kids to stop fighting?”

Don’t take things for granted. You’re both coming in with a lot more responsibilities than a younger, never married couple would be. Resources – emotional and physical – can be tight, with children to care for, housekeeping to attend to, and perhaps financial obligations to previous partners. Discuss division of labor in your new home, finances, and who you’ll turn to when things get bumpy – as they inevitably will.

Give it time. Once you’ve taken the leap, recognize that adjusting to a new reality takes time – for everyone. Spouses need to get acquainted with each other’s children; children need to get accustomed to a new parent in the home. Don’t expect to magically meld into a single unit overnight.

Make your marriage a priority. While you may be distracted by myriads of other tasks, don’t forget to focus on your marriage. Every new marriage needs attention, even if the partners have other responsibilities on their plates. If you neglect to put in the building blocks in the beginning, everyone will suffer.

Carve out couple time. With children living in a home, evenings may be taken up by homework, baths, and bedtime, with very little space left for adult bonding. Make the most of the quiet when the children are with their other parent, or arrange a babysitter once a week to go out and reconnect.

Separate your spouse from his/her children. Loving someone else’s children never comes as naturally as loving your own. They may be driving you crazy, but don’t take it out on your spouse. None of us wants to be blamed for our children’s misbehavior.

Don’t be a martyr. If you’re having an issue with a stepchild, or with some of the domestic responsibilities you’ve taken on, speak up. You may have to take a step back or delegate tasks to someone else – your spouse, another relative, hired help. If necessary, discuss the issue with a third party such as a therapist to find a mutually satisfying solution.

Look the other way when conflicts arise. Your spouse may have a hard time getting along with your kids, but don’t his rub you the wrong way sometimes too? Allow yourselves to be imperfect. Loyalty to your own children doesn’t have to create conflicts in your marriage.

Beware of the green-eyed monster. Feeling jealous of the time your spouse spends with his children? He may be feeling the same way about you. As a newlywed couple, you want to have each other’s exclusive attention, but with kids in the picture, it doesn’t quite work that way. Recognize that you married him because he was a dad, and allow him that special time with his kids just as you need special time with yours.

Marriage and relationship building takes work, and remarriage all the more so. Statistics say that it takes two to seven years until a family is truly blended. But it can be done, and happily remarried couples can attest that there’s nothing like looking at the family you’ve created from two broken halves and realizing how awesome it is.

Avigail Rosenberg is the editor of Healing from the Break: Stories, Inspiration, and Guidance for Anyone Touched by Divorce (Menucha Publishers), and the creator of www.HealingfromtheBreak.com, a resource for single parents and others. 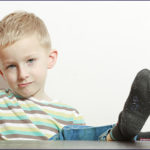 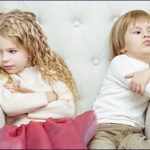 Help! My Kids Don’t Listen to Me!5 min read 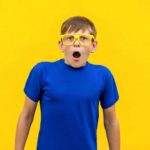 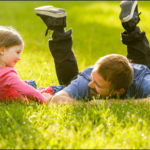 How to Connect Better with Your Children3 min read