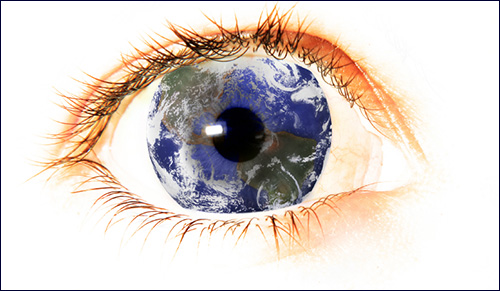 Why do Jews obsess about details, and why do we need so many mitzvot anyway?

So much of Judaism and the philosophy of the mitzvot (commandments) sounds wonderful, but when you try to take it home, a thousand little threads of details threaten to choke you. Why are Jews always obsessing about details? And why do we need so many mitzvot?

God took us out of Egypt in order to bring us to Him – to be close to Him. He took us out because He wanted us to enter into a relationship of love with Him.

God took us out of Egypt to enter into a relationship of love with Him.

The love Maimonides described is so all encompassing that one wonders what the words “more than this” add? How can one possibly love more than what is described?

There is an intrinsic problem with human love. Life goes on, and sitting around gazing forever into one another’s eyes is not an option. The love-sick man goes to work and comes home. And despite the fact that he is busy with a million things, he still thinks about his beloved.

But what if all the things a person had to do – the laundry and the child care, the business and the shopping – were not in contradiction to the relationship but an expression of it? What if we went to work not despite our love but because of it? A relationship with God means that every aspect of life is about this relationship: the work and the play, the running and the doing. Every single action carries within it the potential to be an expression of our Godly nature and of this all-encompassing bond.

Yet, though our souls may want closeness with God, our physical selves want to run in the other direction. How can we lowly, petty, selfish human beings possibly forge a relationship with the Source of All Good? Maimonides tells us that the many details are there only in order to refine us. It is the details that take us through a process that is meant to turn us into a "kingdom of priests and a holy nation."

Ideas fade; inspiration dissipates. It is the details that harness the ephemeral concepts to reality. More, it is the details which harness us to the ideal. Every small action shaves away at our base nature and clarifies the soul hiding underneath. Slowly, but surely, the details cast us in the mold of God's nation.

I Care, Therefore I Love

In fact, it is the details that engage the whole of us in the relationship. In the beautiful classic by Antoine de Saint-Exupery, the little prince stands before a garden of roses and tells the roses the difference between them and his own beloved rose:

In an interesting dynamic, it is the details of the caring that create the love. Once committed to the relationship, the endless details are not irrelevant, irritating nitpicking that complicates our lives. They are the threads that bind us together.

Judith Viorst, the famous children’s writer, is quoted as saying that marriage is a useful institution, because “when you fall out of love… [marriage] keeps you together until maybe you fall in love again.”

The commitment to the intricacies of Judaism keeps us connected even when we feel distant from Him.

Like the commitment of marriage, the commitment to the intricacies of Judaism keeps us connected even when, with the ebb and flow of life, we feel distant from Him. With that commitment, there is always something to go back to.

A relative of mine was in the airport when someone asked him why Jews wear that “beanie” on their heads. He explained that wearing something on one’s head creates awareness that there is Someone above us and that that awareness, in turn, influences our actions. The man chewed this over for a minute, then asked, “Does it work?”

Well does it? Does this framework of details really engage us in a close, passionate relationship with God? Does it really change us?

The reality is that, as dynamic human beings, our feelings of connection fluctuate. Sometimes God feels like a solid Presence in our lives, and sometimes we wonder where He is. Sometimes our Judaism feels relevant and purposeful – sometimes we would rather slither out from under that thousands-of- years-old burden and forget the whole thing.

Perhaps the answer to the man in the airport is yes, it does work. Despite the ups and downs, it is the unrelenting totality of the framework that never lets us stray too far. It is bringing the beautiful ideals right down into the nitty-gritty of our lives that bring those ideals to life.

On Pesach / Passover we celebrate the invitation that a slave nation received, when God reached out and invited us into a commited relationship. The thousands of details that surround so many of our actions become the threads that do not choke but rather bind us to God in everlasting love.